WARNING: This story contains images some may find disturbing. Please read at your own discretion.

Authorities in Wisconsin are scratching their heads after a construction worker found a suspected brain wrapped in tinfoil on the shore of Lake Michigan’s Racine Beach.

Jimmy Senda says he was scouring the shoreline for beach glass when he found the “brain” wrapped in tinfoil on Tuesday morning. The package also included foreign cash and flowers, he said.

“I came across this square package, wrapped in aluminum foil, and around it, it had a pink rubber band,” Senda told Fox 6.

“Curiosity got to me, so I popped it open and it looked like a chicken breast — kind of. It took a little bit for it to really (register) of what was going on. 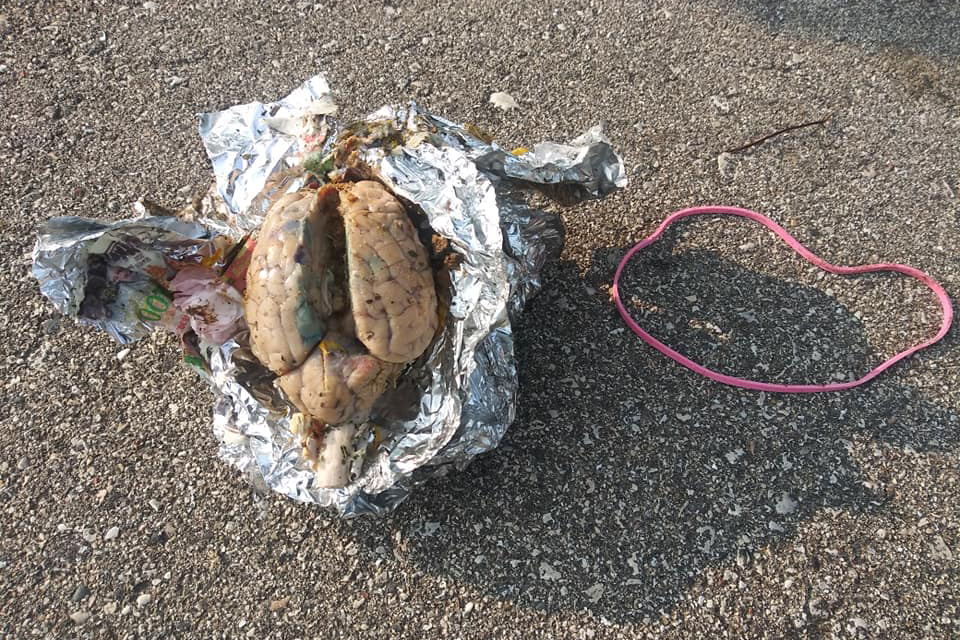 Senda says he found the package in Samuel Myers Park, Racine, which lies about 100 kilometres north of Chicago and across the lake from Grand Rapids, Mich.

He first posted the photos in a community Facebook group, according to the Racine Journal Times. He has since shared them on his Facebook page.

Racine police are investigating the discovery, they told CBS 58.

The item has been sent to the Milwaukee County Medical Examiner’s office to determine if it’s real and, if so, what animal it belonged to. They don’t think it’s human but are awaiting confirmation.

Senda says he’s glad he found it before someone else.

“I mean, I mentally can take it, I can handle it. But who knows some people may not be able to handle it like I did.”