Home » World News » Manchester snow today: City to be hit by snow but when and where will it snow?

Across the UK temperatures have plummeted with snow, sleet and freezing rain hitting much of the country. Met Office forecasters are keeping tabs on two weather systems which are “fighting for influence” over the UK, much like the Beast from the East which brought unprecedented snow and blizzards in 2018.

Already cold temperatures will feel even icier due to 40mph Siberian winds, and snow, ice and freezing fog are forecast this week.

Icy patches are expected to develop, especially on untreated surfaces, with showers feeding in from east coasts leaving surfaces wet.

There is also the chance of some freezing rain, mainly for northeast England, overnight into Tuesday.

Read More: Drivers could be fined for warming up their cars in winter 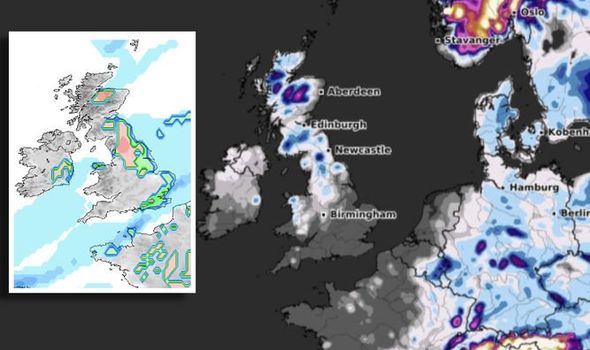 When and where will it snow?

The Met Office has said more snow is likely today especially over hills above 200 to 300m.

Western areas of England and most of Wales will be dry and sunny, though a few wintry showers may get through from the east.

Snow radar run by meteoradar shows snow currently falling across the North and South of England, with flurries in Wales and Scotland. 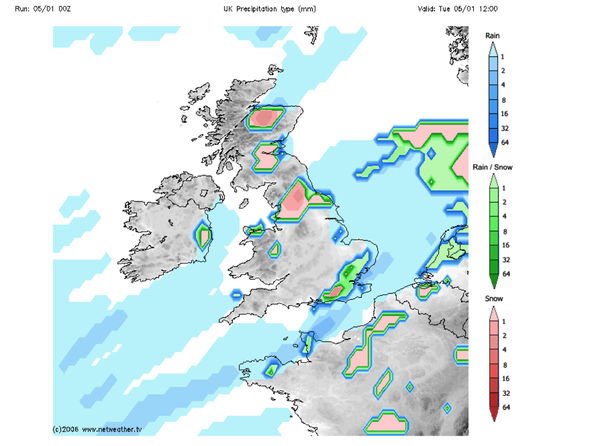 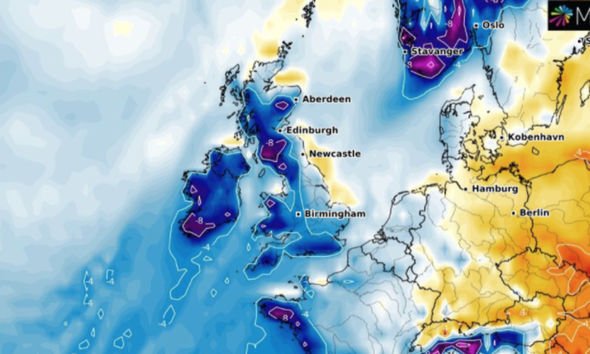 Snow maps from Netweather show snow over the North of England, including Manchester, the North East, Leeds and Yorkshire.

This is the same picture shown by WXCharts maps, with heavy snow across much of the country today and tomorrow.

Manchester has already been hit by a deluge in recent days, with road closures and weather warnings for the region.

Snow looks to fall from this morning all the way through to Wednesday at 3am GMT.

However, more areas could see snow with the changeable conditions set up by the two warring weather systems.

Met Office spokeswoman Nicola Maxey said the South East could see some snow on Thursday and Friday, but “if it happens, it won’t stay around for long”.

Ms Maxey said: “We may see the odd flurry down to lower levels, particularly in the North East, maybe the North West depending on what day you’re looking at, but certainly any snow to lower levels will be quite transient really and not last very long.

“You’ve got the two events happening at the same time so they vie against each other in a sense.

“They’re sort of fighting for influence over the UK, we’re a very small dot in the middle of the ocean.” 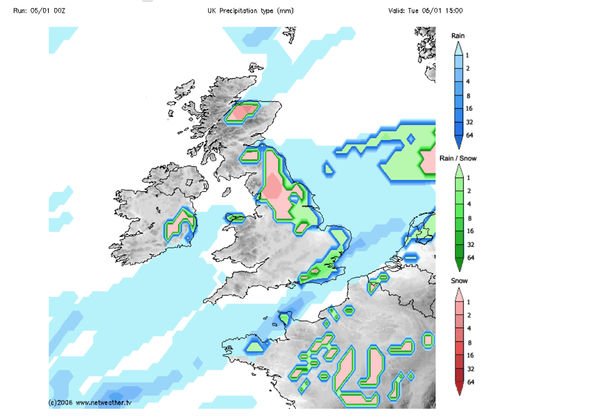 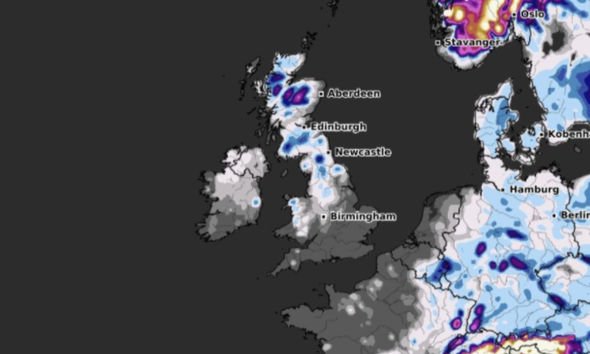 Ms Maxey continued: “The feeling at the moment is that we may see some colder weather towards the end of January into February, but probably the sort of weather that we’re seeing at the moment, as opposed to what is popularly perceived as a Beast from the East.

“There’s still a lot to play for, we’re keeping an eye on the situation, the experts are working on how that might influence our weather.”

Clear skies will lead to ice where any rain has fallen, and more snow is due to come later in the week.

The easterly wind looks to ease by Thursday and turns more northerly by Friday, with a band of rain and snow spreading south on those days.

Cold with further showers, some wintry over hills, in central and eastern parts, prolonged in the southeast.

Drier further west with some sunshine and feeling bitter in the strong winds.

Showers feeding inland from North Sea and turning wintry over hills with ice risk, these most persistent in southeast.

Cold with further showers, some wintry over hills, in eastern parts, and more prolonged again in the southeast.

Drier further west with some sunshine, but less windy than today.

Outlook for Thursday to Saturday

Remaining cold with a weakening band of rain, sleet and some snow pushing southeastwards.

Showers either side of this feature will be wintry, with these heaviest in eastern areas.