It’s been a year since hurricane Dorian came to Atlantic Canada, bringing with it heavy rain and crane-toppling winds.

The storm, which was nowhere near as damaging as the infamous White Juan, still left a mark on the region — with Halifax bearing the brunt of the damage in Atlantic Canada. 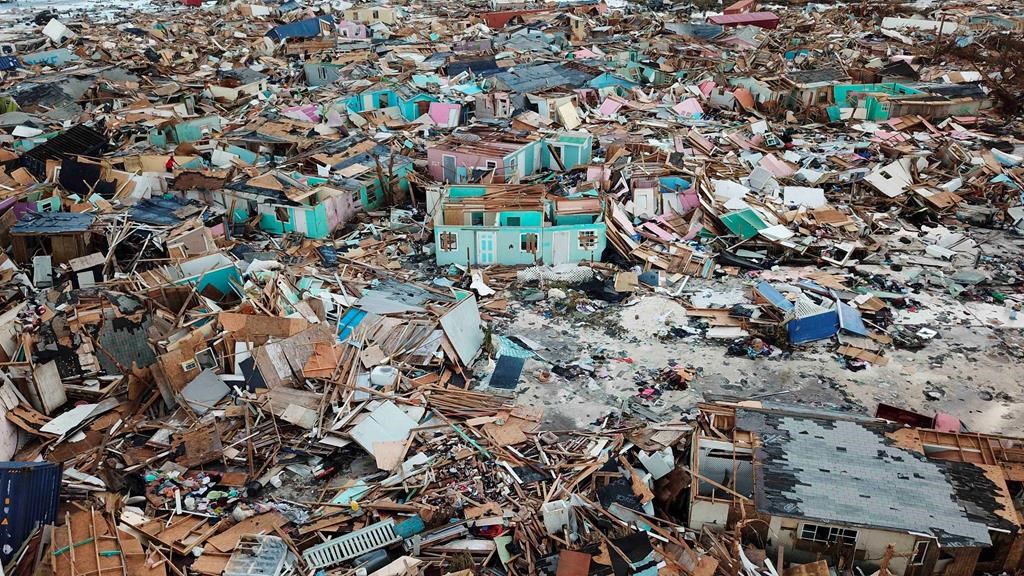 But before Dorian arrived on Canada’s east coast it wreaked havoc on the Caribbean, the Bahamas and the eastern United States.

At least 80 people died and thousands of homes were destroyed as it developed into a Category 5 hurricane, the first of the 2019 Atlantic hurricane season.

In the Bahamas, it was especially devastating, with many of the confirmed deaths coming in the country.

Damages in the Bahamas was pegged at $3.4 billion or one-quarter of the country’s GDP.

But by the time the storm made its way to Halifax, it had significantly decreased in power.

Dorian made landfall in Halifax a little after 7 p.m., on Sept. 7 as a post-tropical storm.

The storm, however, was not without consequences for Atlantic Canada.

Wind gusts reaching nearly 150 km/h brought down trees and power lines across the region, leaving hundreds of thousands in the dark. 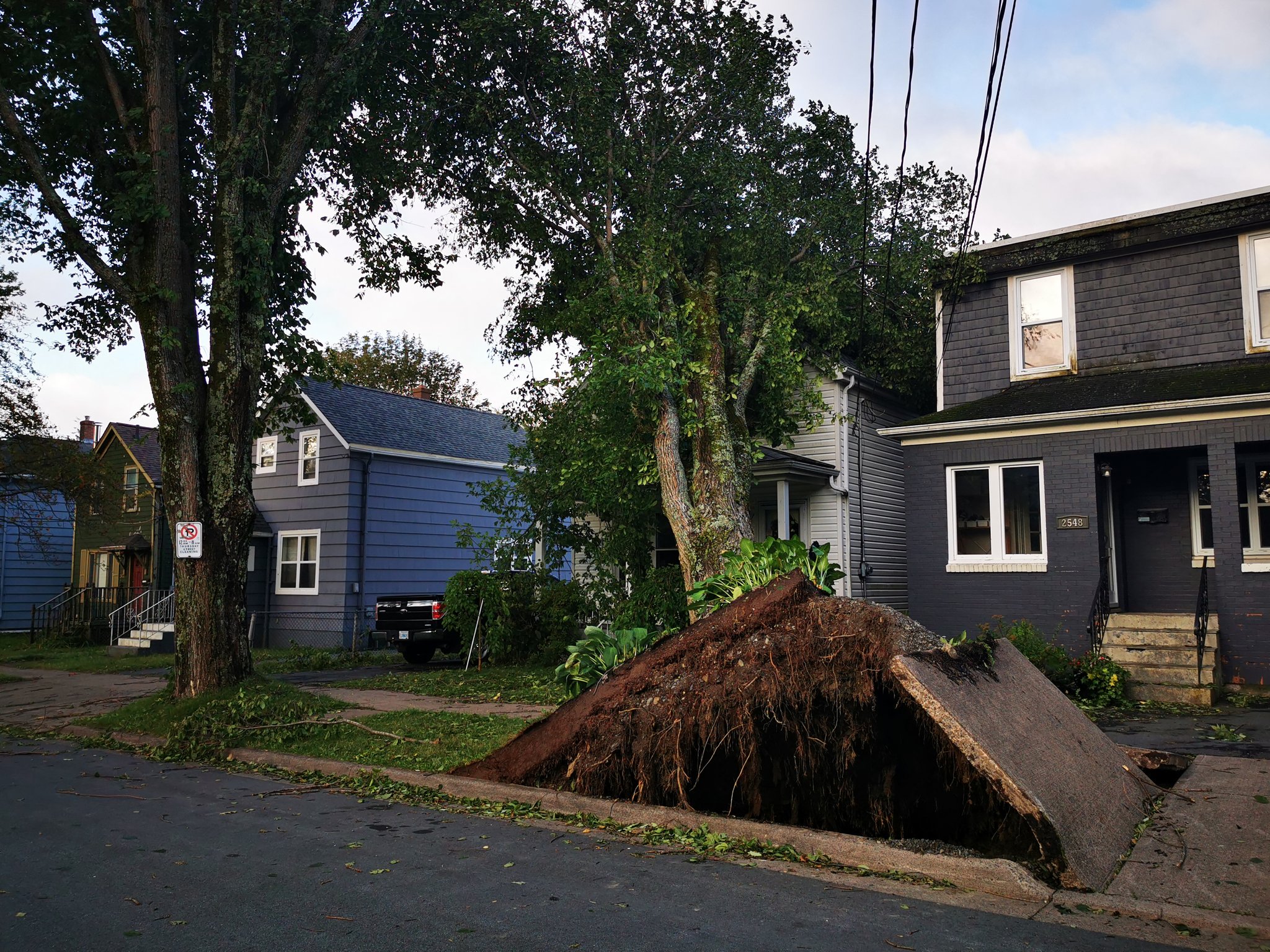 In Halifax, some streets were left impassable to vehicles due to downed trees.

Uprooted tree trunks also resulted in sidewalks being lifted up and damaged. 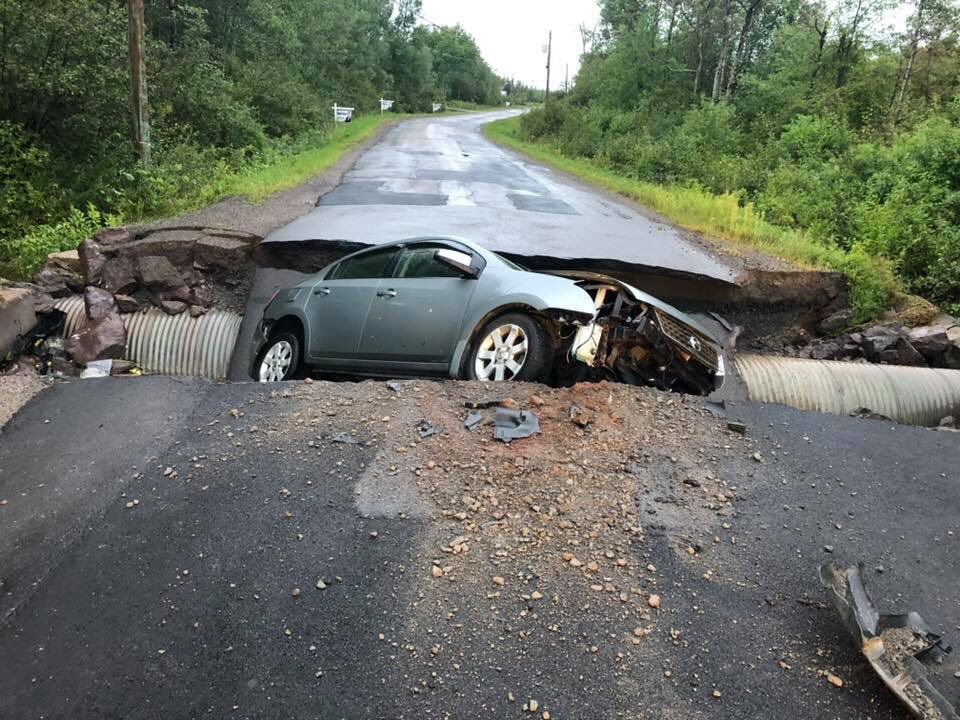 In New Brunswick, the Kouchibouguac River Bridge was damaged by post-tropical storm Dorian.

The bridge, which connects Rte. 133 in Grand-Barachois, N.B., was so damaged that vehicles could not travel across.

The provincial government eventually determined a modular bridge would be installed until a long-term solution was prepared and implemented. That could still be years away.

In P.E.I., the damage was similar to what hit the rest of Atlantic Canada.

By far the most iconic image of the storm in Halifax was the collapsed crane that closed a stretch of downtown Halifax for months afterwards.

Businesses on South Park Street have filed a class-action lawsuit seeking compensation from developers and contractors associated with the toppled crane.

However, a provincial labour report on the cause of the collapse remains unfinished, even a year later. 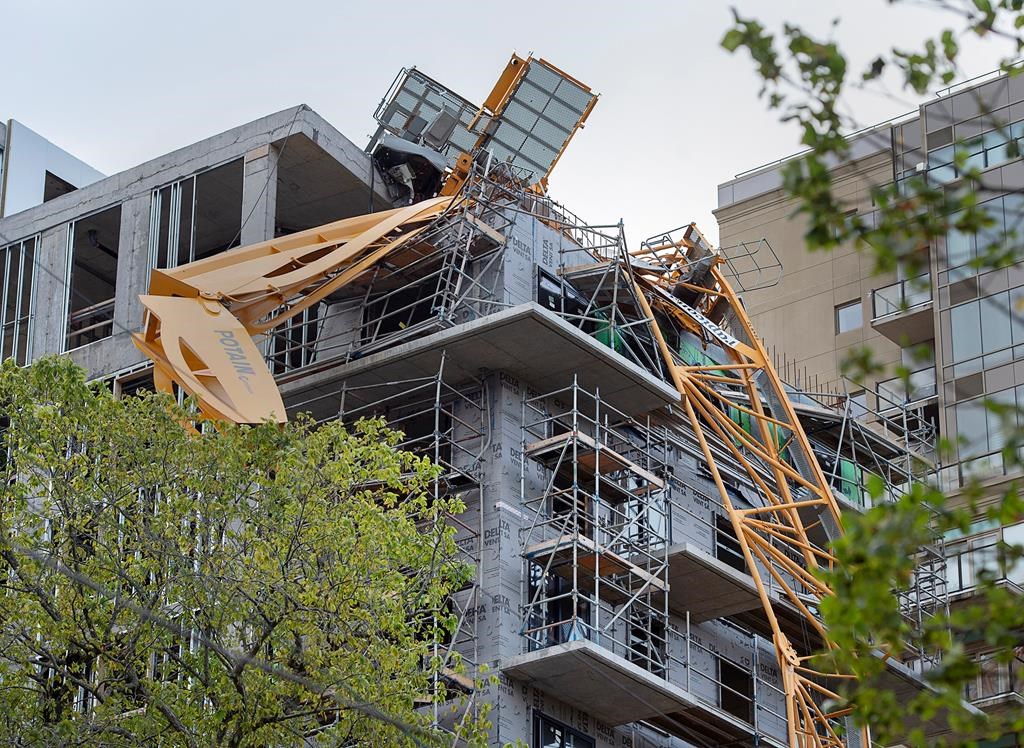 In order to help those in Nova Scotia who needed it, approximately 300 Canadian Armed Forces members were called in from CFB Gagetown in New Brunswick.

They were there to carry out the heavy lifting in Dartmouth, Yarmouth, Sydney, Liverpool, Lunenburg and Amherst.

For the soldiers that mean moving slabs of sidewalks obscuring pathways or clearing fallen trees out of the way. 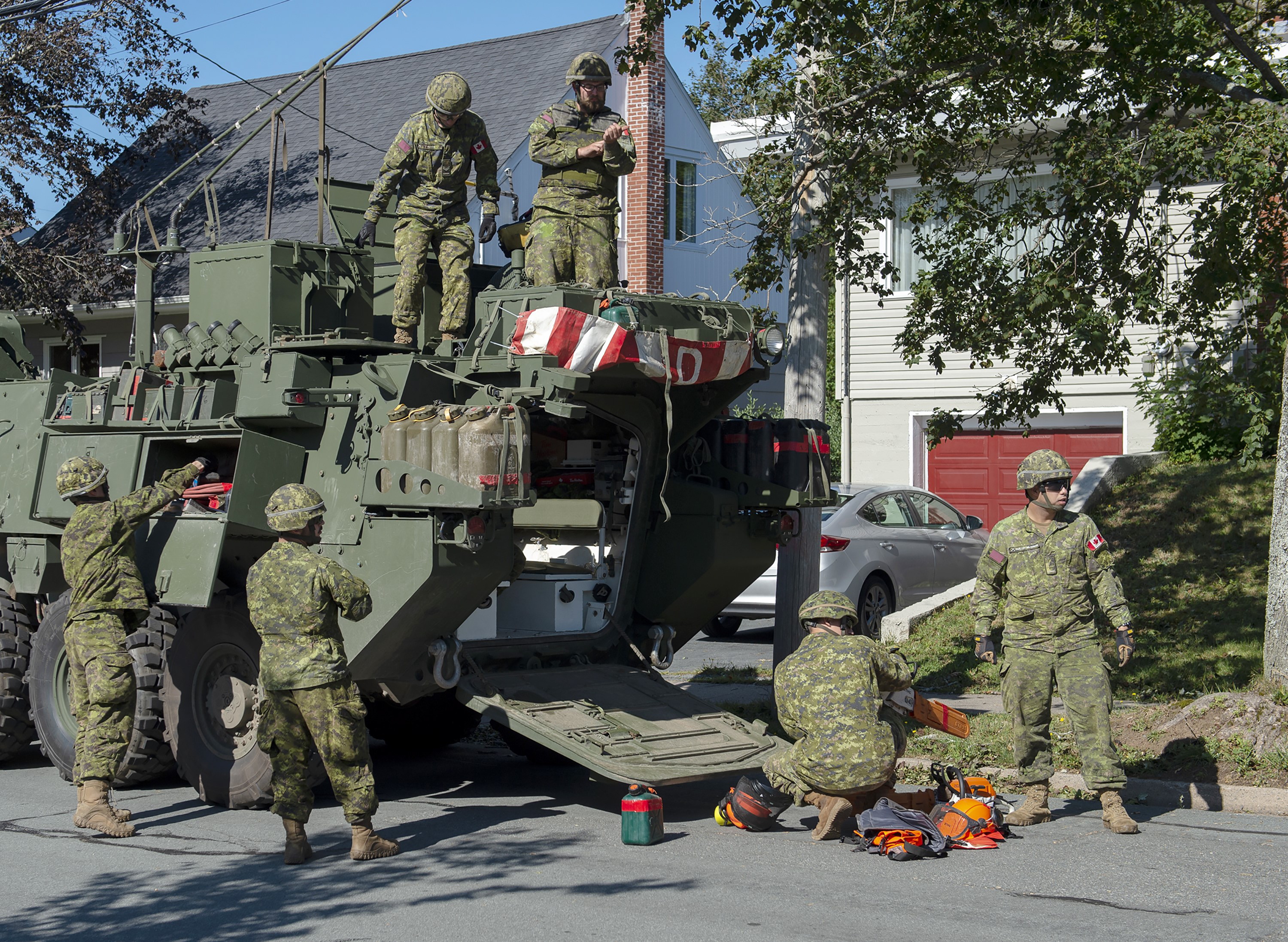 But even with the storm damage to buildings and infrastructure, there were some who took hurricane Dorian in stride.

At least a few Nova Scotians stood along the Halifax Harbour as the storm arrived to take in the rough surf and brutish winds. 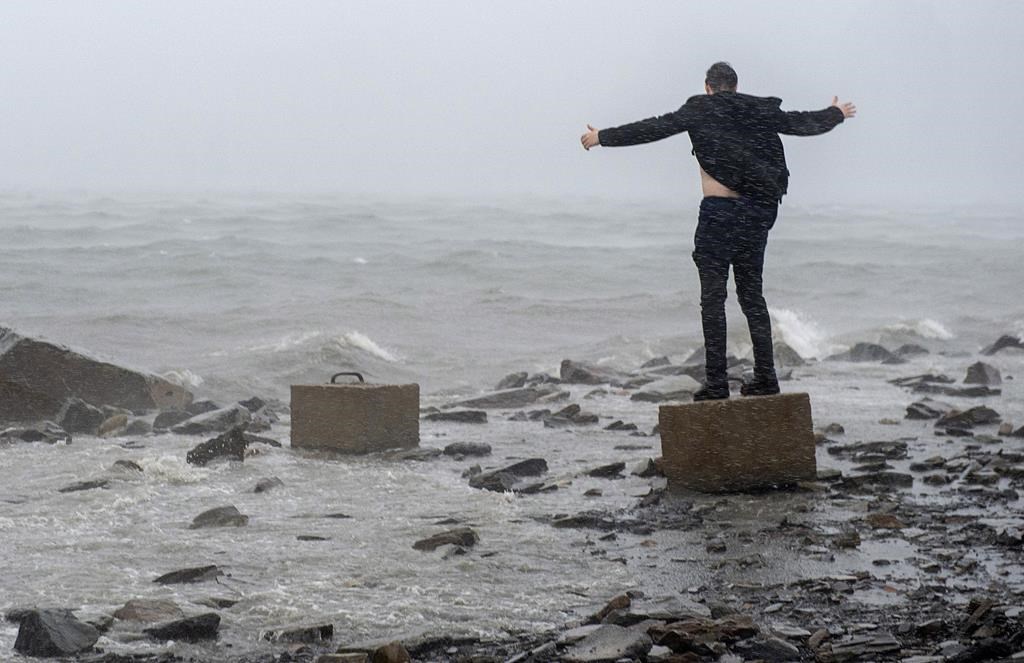 No one died or suffered major injuries in Atlantic Canada as a result of Dorian, but the marks are still there.

The financial costs are a little clearer. The Insurance Bureau of Canada believes Dorian caused over $105 million in insured damage.

The removal of the collapsed crane in Halifax cost $2 million on its own, although the Nova Scotia government says it plans to recoup its costs.