A winter nor’easter is forecast to hit the US this week, bringing heavy snow, wind and potentially dangerous weather conditions to several states. A Nor’easter is a storm along the east coast of North America, and the storm earns its name because the winds over the coastal area typically come from the north-east.

Although the specifics of this week’s storm track and snowfall are currently still being monitored, significant snowfall is predicted in southern New England as a result of the storm.

MassLive reports the south of the Massachusetts Turnpike could possibly see six to 12 inches of snowfall.

According to the weather service, snowfall above six inches is more likely across Hampden County and southern Worcester County, and areas south of Boston and north of Barnstable County.

In addition to Massachusetts and other areas of New England, this week’s nor-easter is expected to impact portions of the Mid-Atlantic over Wednesday and Thursday this week. 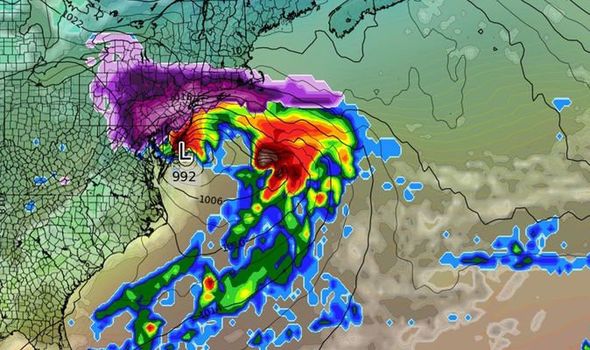 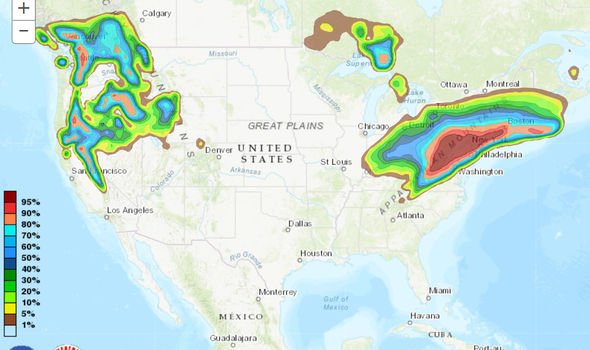 The nor’easter is expected to develop and lift up the Mid-Atlantic Coast.

In a Twitter update on Monday, the National Weather Service (NWS) Eastern Region urged people to be careful in light of the upcoming storm due to hit later this week.

The NWS tweeted: “The latest update on the expected nor’easter Wednesday-Thursday.

“For many areas this will be the first significant snowfall of the season. 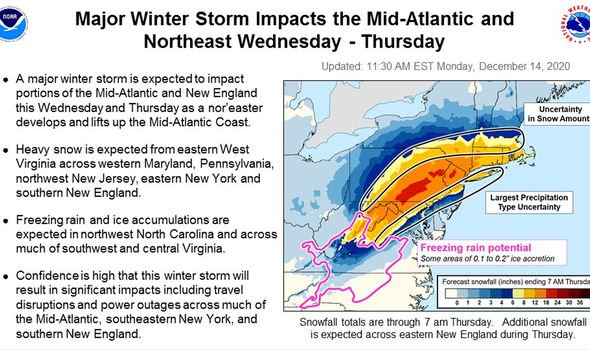 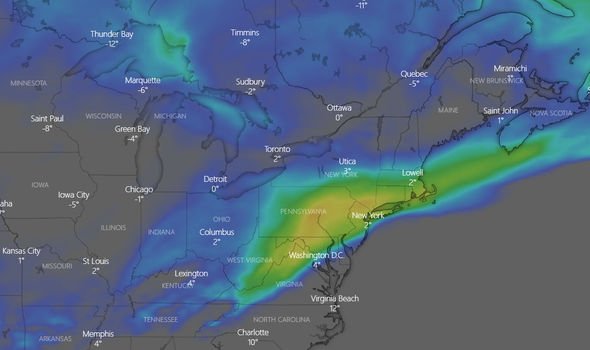 “If you must travel, please exercise extra caution, and review your winter driving safety procedures.”

The NWS added in their social media update “confidence is high” that the winter storm will cause “significant impacts including travel disruptions and power outages across much of the Mid-Atlantic, southeastern New York, and southern New England”.

Heavy snow, winds and flooding are forecast to be accompanied by hazardous marine conditions. 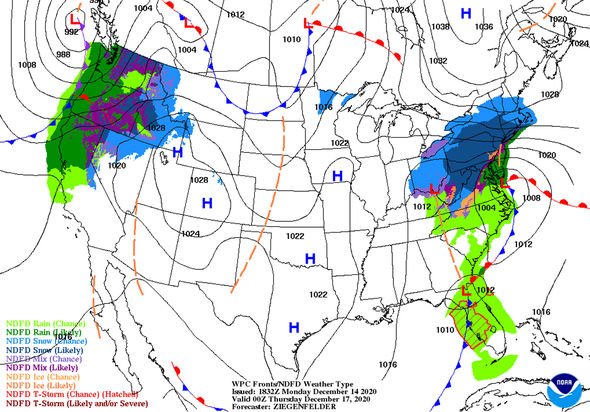 In north-west North Carolina and much of south-west and central Virginia, freezing rain and ice accumulations are forecast.

“Focus for heaviest snow expected to be in CT-RI-SE MA but that could shift N/S depending on track of low.

Nor’easters can occur at any time of year but are most frequent and violent between September and April.

According to the National Weather Service, past Nor’easters have caused billions of dollars in damage.

Nor’easters have also been known to cause “disastrous coastal flooding” in the past.