NAIROBI (Reuters) – Some corals have lived for centuries at the fringes of Mauritius. Now smothered for days in heavy fuel oil spilled from a wrecked Japanese tanker nearby, parts of those reefs may be in trouble. 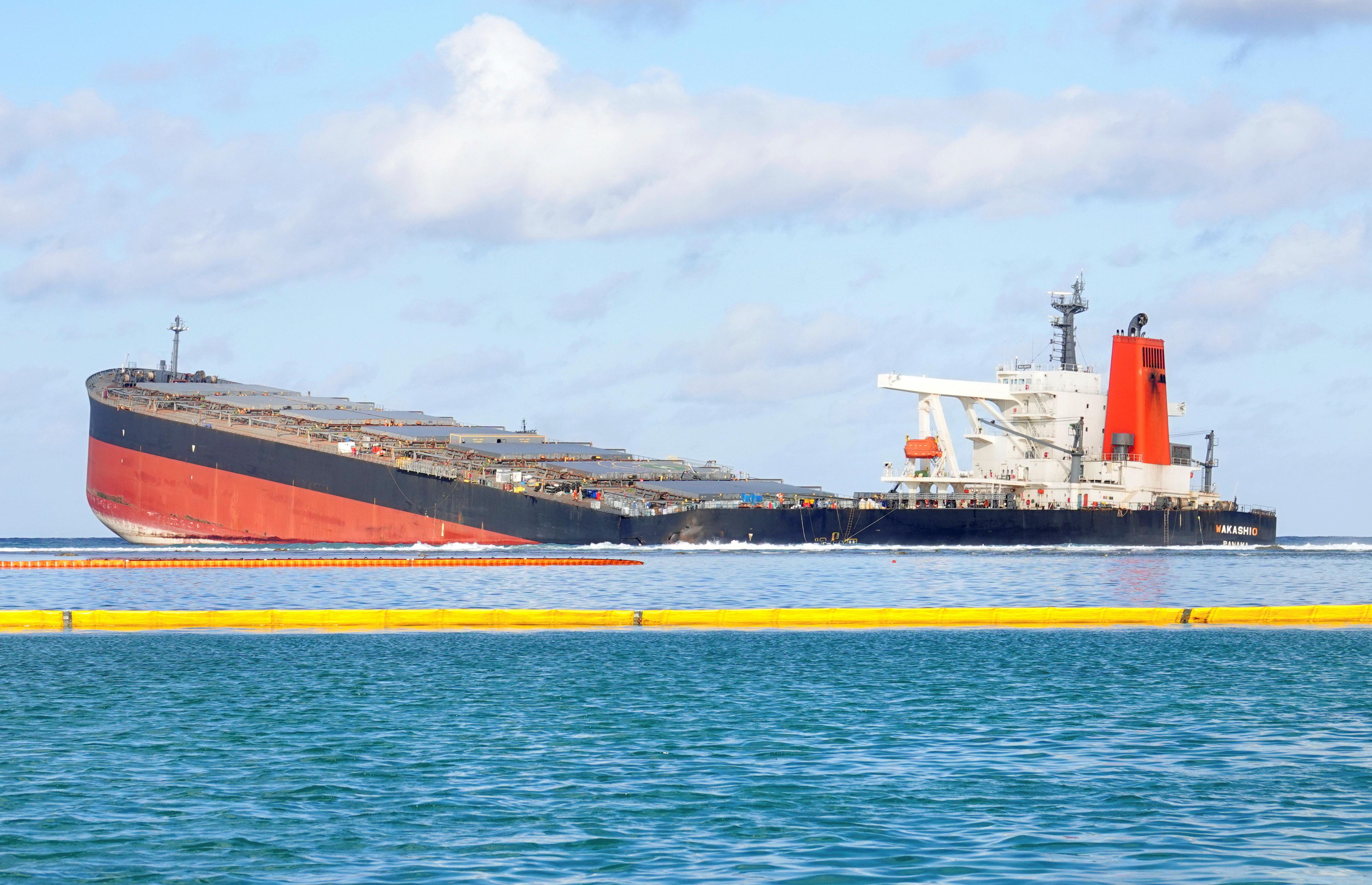 The full impact of the toxic spill is still unfolding, scientists say. As the Indian Ocean island’s residents scramble to mop up the oil slicks and clumps, they are seeing dead eels and fish floating in the water, as fuel-soaked seabirds limp onto shore.

Satellite images also show the 1,000 tonnes of spilled oil spreading northward along the coastline from the spill site in the turquoise waters of Blue Bay Marine Park.

The damage, scientists say, could impact Mauritius and its tourism-dependent economy for decades.

“This oil spill occurred in one of, if not the most, sensitive areas in Mauritius,” oceanographer and environmental engineer Vassen Kauppaymuthoo told Reuters by telephone from the island, where he was surveying the disaster. “We are talking of decades to recover from this damage, and some of it may never recover.”

The wildlife at risk include the seagrasses blanketing sand in the shallow waters, clownfish darting around coral reefs, mangrove trees corralling the coastline with their tangled root systems, and the critically endangered Pink Pigeon, endemic to the island.

Giant tortoises slow-walk through a nature reserve on the nearby islet, Ile-aux-Aigrettes, where there is also a scientific research station. Altogether, Blue Bay Marine park counts 38 types of coral and 78 species of fish.

The spill brings “a massive poisonous shock to the system,” said Adam Moolna, an environmental scientist from Mauritius who lectures at Keele University in Britain. “This oil will have cascading effects across the webs of life.”

The spill came from the Japanese-owned MV Wakashio, which rammed into a reef in the marine park on July 25. It is still unclear why the ship was sailing so closely to the coast. About a week later, oil began gushing from the cracked vessel.

However, the flow had been stopped, authorities say, after they pumped the remaining oil from the ship.

On Thursday, the ship’s owner Nagashiki Shipping said it would face up to its liability and assess compensation for the disaster.

Already, about 15 km of coastline have been affected by the spill, said Mauritius Marine Conservation Society President Jacqueline Sauzier.

“We don’t have the equipment or the expertise to remove the oil, and time is of the essence to limit the damage,” she told Reuters.

Local residents are wading unprotected into the toxic waters, while using human hair as well as husks from sugar cane factories to quickly soak up as much of the spill as they can.

For both people and wildlife, the spill will have a “resonating and resounding impact for the next 10 to 20 years,” said environmental toxicologist Craig Downs, who assesses oil spills but has not studied the spill in Mauritius.

Coral reefs and fish are likely to suffer first. That’s especially rough for Mauritius, where tourism and fishing are mainstays of the economy.

Corals that survive could have weakened resistance to marine heat waves, which are hitting the area due to climate change and have already caused some coral bleaching, experts say.

“If things continue to go the way they are the future prospects for coral reefs look very, very bleak indeed,” said Alex Rogers, a visiting professor at Oxford University and science director of REV Ocean, a not-for-profit company.

Conservationists are also anxious about oil washing into mangrove forests, where roots serve as nurseries for fish.

Oil also could sink into sediments around mangroves, where it could smother molluscs, crabs and fish larvae, said Callum Roberts, a professor of marine conservation at the University of Exeter in Britain.

“It’s very hard to remove once it’s sunk into the sediment,” Roberts said. “Trees can become sick and die.”

Birds nesting in the mangroves, or migrating via nearby mudflats, are also vulnerable. Ingesting oil can make it hard for birds to fight disease or even to fly, said environmental toxicologist Christopher Goodchild at Oklahoma State University.

Research has shown that “just a small amount of oil being transferred to a bird’s egg — as small as a droplet of blood — can actually cause a change in the bird embryo’s physiology,” he said.

Beds of seagrass, which like mangroves store vast quantities of climate-warming carbon dioxide, play a vital role in protecting coasts from waves. 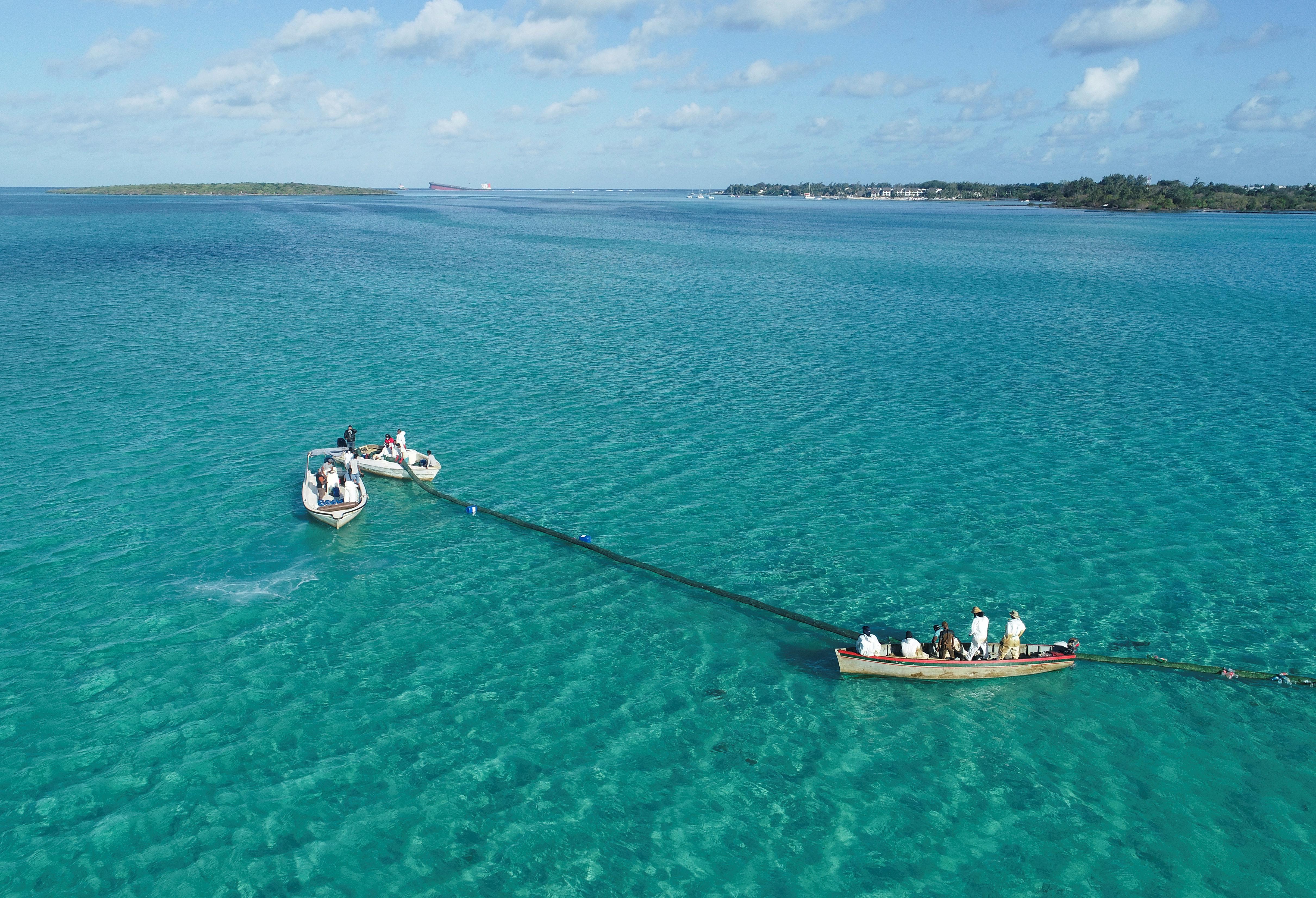 On land, some scientists warn that washed up oil deposits could harden and lead to lasting change.

“In the long term, we could see an asphalt-like coast as the oil dissipates and degrades, as the oil puddles,” said Ralph Portier, an environmental scientist at Louisiana State University who studied the aftermath of the 2010 Deepwater Horizon spill in the Gulf of Mexico.