The strikes into the territory have likely dashed Putin’s hope of a swift offensive into the Donetsk region as Russian forces “rest, refit, and reconstitute” before a probable offensive there. The video shows ammunition cooking off following strikes into the Russian occupied territory.

The strikes show a campaign of increasingly intense bombardment by both sides along the frontline which has been largely static over the past few days.

Russian forces have not been able to intercept the advanced HIMARS rockets but there have been reports of them successfully intercepting the older but longer range Tochka-U ballistic missiles.

According to Andrey Marochko, speaking on Telegram, “several Ukrainian missiles have reached their target, the sky over Luhansk is controlled by reserve forces.”

He said Ukraine conducted the “massive strike” and destroyed the heavy weaponry which “ensures the security of the city”. 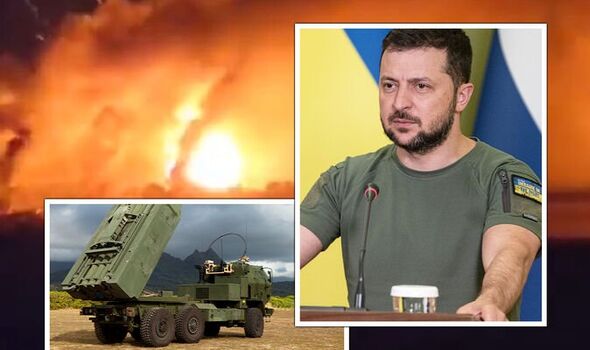 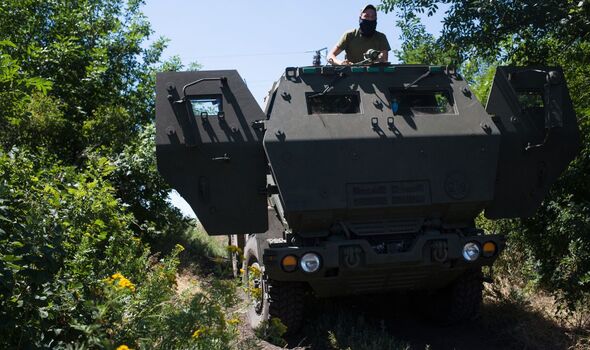 Neither Russia nor Ukraine has been able to establish air superiority in the theatre and strikes such as these may give Ukrainian pilots the ability to operate more freely in the region.

Authorities in the LPR claim the strikes were carried out by HIMARS from Bakhmut – near the frontlines – to Luhansk City nearly 70 miles away. The HIMARS have an on-paper range of approximately 50 miles.

HIMARS do have rockets that can reach a distance of more than 180 miles, however these munitions have not been provided to Ukraine, according to US officials. 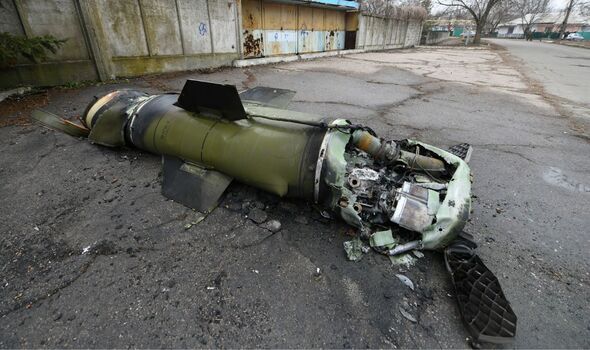 The news comes as Ukraine has been successfully using the weapons systems to destroy Russian ammunition dumps, starving their artillery which the Russian forces rely on to bombard Ukrainian positions before advancing on the ground.

Following a catastrophic hit on an ammunition dump in Nova Kakhovka in Russian occupied Kherson earlier this week, Ukrainian forces reported another strike in the region.

Serhiy Khlan, a member of the Kherson regional council, said the target was a Russian munitions dump.

Mr Khlan said: “Thank you to HIMARS and our boys and girls in the Armed Forces of Ukraine!” 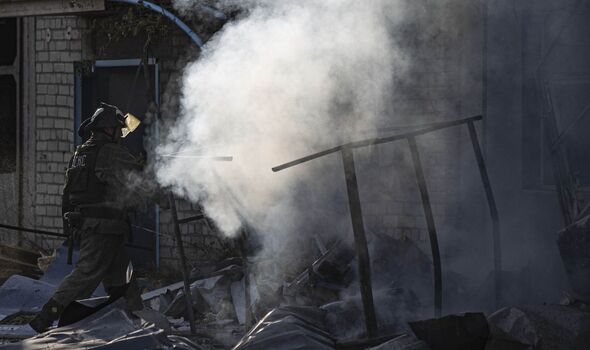 According to the Washington-based think tank the Institute for the Study of War (ISW), Russian forces in the eastern theatre are likely regrouping before pushing for an assault on the region of Donetsk.

Neighbouring Luhansk, the two areas make up the larger region of the Donbas. Putin’s immediate war goal is to conquer the Donbas region.

In a Twitter update yesterday evening, ISW said: “Russian forces in Ukraine remain in a theatre-wide operational pause to regroup, rest, refit, and reconstitute. Current Russian probing actions and bombardments are likely in preparation for future offensives, the timing of which remains unclear.”

It noted that although there had been artillery and air strikes as well as “limited ground assaults” along the frontline, Russia had failed to take any ground north and east of Slovyansk – an area likely to be the scene of the next major offensive.