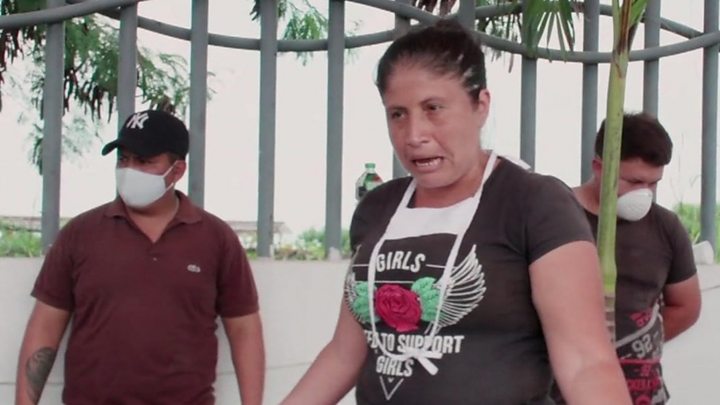 Ecuador’s official coronavirus death toll is 403, but new figures from one province suggest thousands have died.

The government said 6,700 people died in Guayas province in the first two weeks of April, far more than the usual 1,000 deaths there in the same period.

Guayas is home to Guayaquil – the nation’s largest city and the part of the country worst-hit by Covid-19.

Footage obtained by the BBC showed residents forced to store bodies in their homes for up to five days.

They said authorities had been unable to keep up with the huge rise in deaths, leaving corpses wrapped in sheets in family homes and even in the streets.

Authorities last week began distributing thousands of cardboard coffins in Guayaquil. A dedicated helpline was also set up for families that needed a corpse removed from their home.

Jorge Wated, the head of a police unit created to tackle the problem, said earlier this week that 771 bodies had been removed from houses in the city.

According to the government’s figures, 14,561 people have died in Guayas province since the beginning of March from all causes. The province normally sees 2,000 deaths a month on average.

Ecuador as a whole has had 8,225 confirmed cases of coronavirus to date, according to Johns Hopkins University, though a lack of widespread testing means this is likely a significant undercount.

Ecuador’s vice president, Otto Sonnenholzer, apologised to the nation earlier this month for the government’s slow response to the pandemic.

“We have seen images that should never have happened, and as your public servant I apologise,” Mr Sonnenholzer said.

Guayaquil is densely populated and has high levels of poverty – meaning many residents live in close proximity without the ability to regularly wash their hands or practise social distancing.