A Japanese ship ran aground on a reef off Mauritius two weeks ago and has been leaking oil into the Indian Ocean. While the leak has now stopped, Prime Minister Pravind Jugnauth said on Monday the island nation must still prepare for “a worst-case scenario”.

Conservationists have been finding dead fish and seabirds coated in oil, creating fears of an ecological catastrophe.

A massive local cleanup operation has been underway, with residents making floating booms from leaves and human hair.

Prime Minister Jugnauth said the leak from a damaged oil tank on board the stricken vessel, the MV Wakashio, had stopped but it still had 2,000 tonnes of oil in two other, undamaged tanks.

Mr Jugnauth said in a televised speech: “The salvage team has observed several cracks in the ship hull, which means that we are facing a very serious situation. 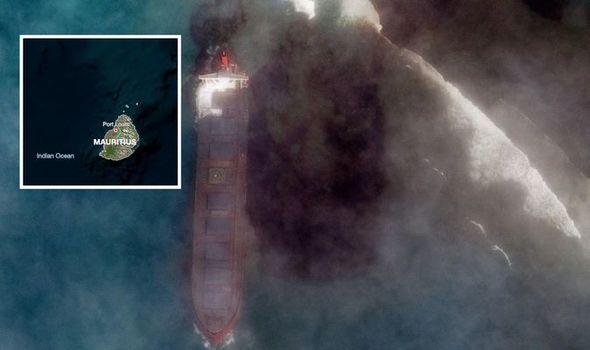 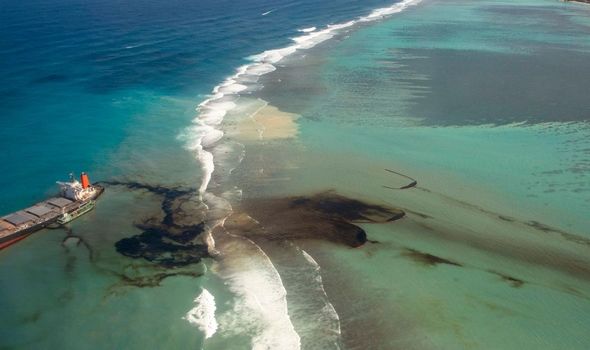 “We should prepare for a worst-case scenario. It is clear that at some point the ship will fall apart.”

Satellite images of the devastating oil spill show the dark plume of oil spreading in the bright blue waters near wetlands the government has called “very sensitive.”

Staggering images show the extent of the spill, with conservationists warning of the long-lasting impacts it will have on marine life.

French President Emmanuel Macron tweeted Saturday: “When biodiversity is in peril, there is urgency to act.” 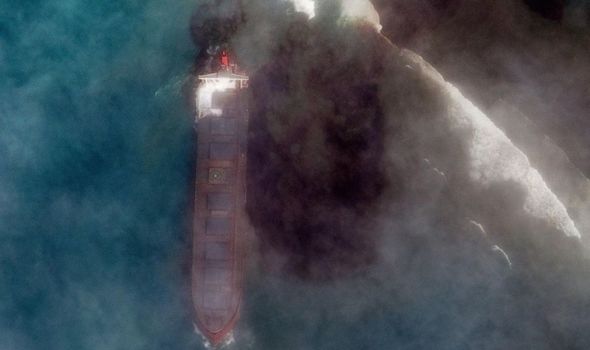 The nearby Blue Bay Marine Park, known for its corals and myriad fish species, has so far escaped damage.

However, a lagoon containing an island nature reserve, the Ile Aux Aigrettes, is already covered in oil.

At least 1,000 tonnes of oil is estimated to have leaked so far, with 500 tonnes salvaged.

Mauritians have been making booms out of sugar cane leaves, plastic bottles and hair which people are voluntarily cutting off. 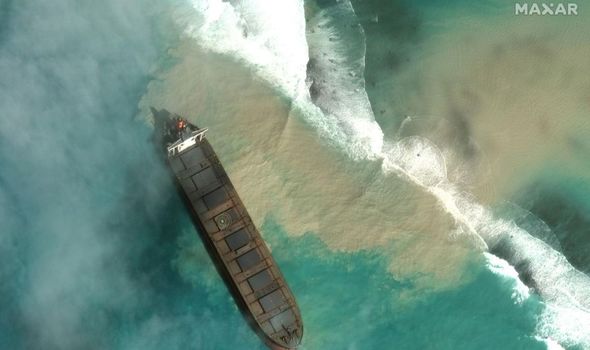 The booms are then being floated on the sea to prevent the oil spill spreading, island resident Romina Tello said.

“There’s been a big campaign around the island to get hair.”

Videos posted online showed volunteers sewing leaves and hair into nets to float on the surface and stem the spread of the oil until it can be sucked up by hoses. 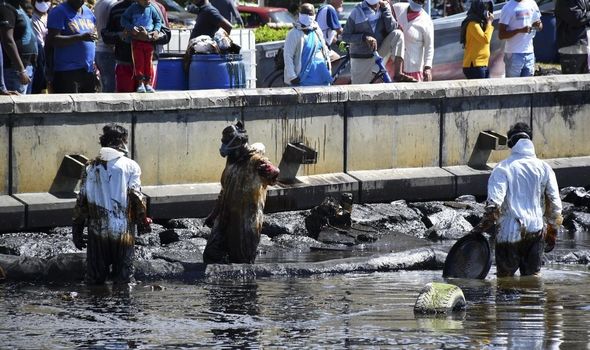 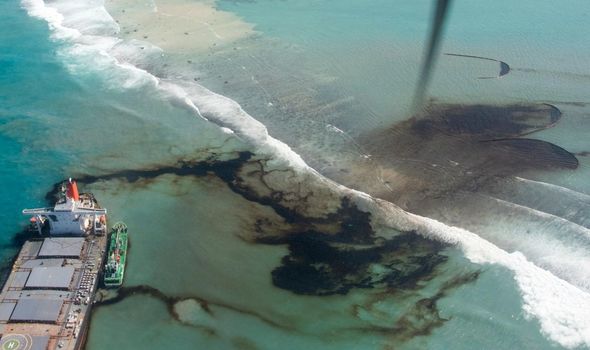 What happened in Mauritius?

On July 25, the MV Wakashio, a vessel owned by Japanese company Nagashiki Shipping, ran aground on a reef 1.8 miles (3km) off the south-east coast of Mauritius.

The ship had been on route to Brazil from China and held 3,894 tons of low-sulphur fuel oil, 207 tons of diesel and 90 tons of lubricant oil.

Around 1,000 tonnes of fuel have leaked into the ocean so far and, while approximately 500 tonnes have been salvaged, around 2,500 tonnes remain on board.

Greenpeace Africa said in a statement on Friday: “This is likely one of the most terrible ecological crises ever seen on the small island country.”

Vikash Tatayah, conservation director at Mauritius Wildlife Foundation, a non-governmental organisation said the spill has set back two decades worth of restoring the natural wildlife and plants in the lagoon.

The restoration had begun after the government banned sand harvesting in the area back in 2000.

Why is oil so damaging to the ocean?

Mr Tatayah explained the fragmentation of the oil in the sea is expected to damage corals when the heavier particles in the oil settle on them.

The National Oceanic Service explains of the dangers of oil spills: “Oil destroys the insulating ability of fur-bearing mammals, such as sea otters, and the water repellency of a bird’s feathers, exposing these creatures to the harsh elements. 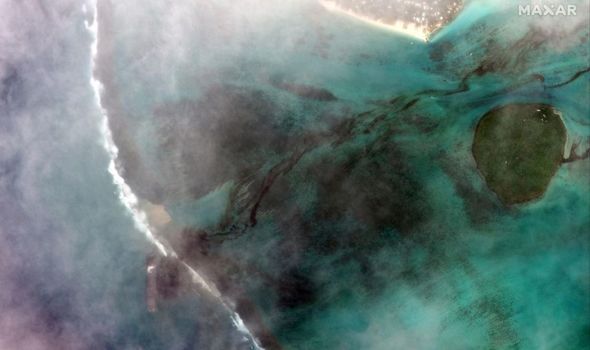 “Juvenile sea turtles can also become trapped in oil and mistake it for food.

“Dolphins and whales can inhale oil, which can affect lungs, immune function and reproduction. Many birds and animals also ingest oil when they try to clean themselves, which can poison them.

“Fish, shellfish, and corals may not be exposed immediately, but can come into contact with oil if it is mixed into the water column — shellfish can also be exposed in the intertidal zone.

“Fish eggs and larvae can be especially sensitive to lethal and sublethal impacts.”

Me Tatayah added the steps taken by the government to prevent the disaster are also being scrutinised.

He said: “There is some anger and some criticism from the civil society that the government may have taken too much time to respond.”

The ship was grounded for nearly two weeks before it started leaking oil.

There was no immediate comment from Mauritian government officials.