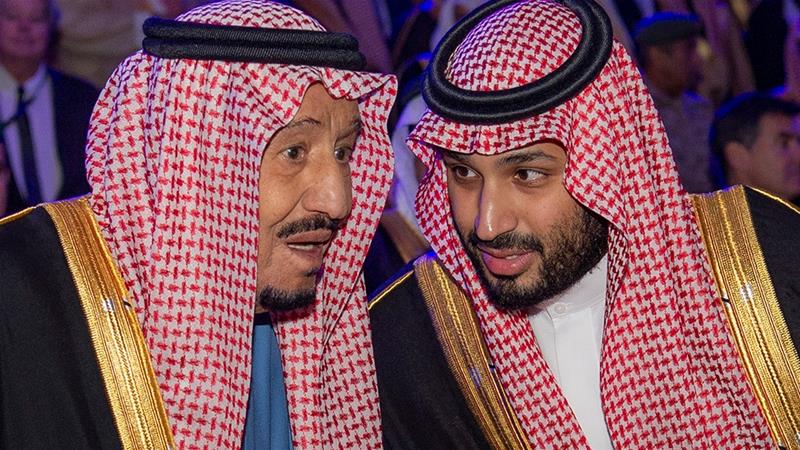 Saudi Arabia’s reported detention of senior royals and top officials earlier this month has raised myriad questions on what prompted the crackdown and whether it was the aftermath of an attempted coup in the Saudi royal court.

The two senior royal family members were detained on Friday, according to the New York Times and other US media reports. There was no official comment from Saudi authorities.

Saudi experts and observers, including sources with connections to the royal palace, told Al Jazeera it remained unclear whether there had been a plot against MBS.

But what was apparent, they said, was that Prince Mohammed, who has been tightening his grip on power since he was appointed as crown prince in 2017, felt increasingly threatened by his two main rivals: Prince Ahmed and Mohamed bin Nayef, the man he replaced.

With both appearing to be alternative centres of power or legitimate successors to the throne, their presence – and rejection of MBS as the future king – made him fearful that other members of the royal family may rally around them.

Saudi analysts have cast doubt that a coup attempt, in its traditional sense of an army takeover, would have occurred.

But one analyst said the arrests might have been the result of the uncovering in recent months of a plot to remove Prince Mohammed.

Others pointed at King Salman’s old age and possible ill-health as a trigger, compounded by the upcoming US elections and the possibility of US President Donald Trump – one of MBS’ main international allies – not being re-elected.

A former adviser to the late King Abdullah, who still has connections to the royal court, told Al Jazeera the biggest reason behind the crackdown was Prince Ahmed’s refusal to pledge allegiance to Prince Mohammed.

“King Salman has summoned Ahmed to the palace every year to convince him to accept his son’s ascent to the throne,” said the former adviser, who wished to remain anonymous. “The last time this happened was last month.

“But Ahmed refused to give bay’a [pledge allegiance] to MBS, saying the throne was his rightful place, based on their father’s will.”

He added: “Prince Mohammed feels that if he does not take the throne during Trump’s reign, he will never get the chance.”

Prince Ahmed was one of three members of the Allegiance Council, the royal body that endorses the line of succession, to oppose MBS’s appointment as crown prince in place of his cousin Mohammed bin Nayef in 2017.

As the youngest of the seven Sudairi brothers from whom King Salman also hails, 78-year-old Prince Ahmed has been seen a legitimate successor to the throne. He has been publicly critical of MBS’s policies, including the kingdom’s role in Yemen.

Saad al-Faqih, a Saudi dissident and head of the Movement for Reform in Arabia, who described the culture of coup attempts in Saudi Arabia as “non-existent” due to the “scattered nature of the army and heavy surveillance of Saudi royals”, confirmed the narrative.

“Prince Ahmed was summoned twice to the royal court in recent months, in an attempt to coerce him to accept MBS’s ascent to the throne. But he refused,” said Faqih, adding that Prince Ahmed may have also been in conversation with other members of the royal family, prompting the latest crackdown.

“Ahmed may have been speaking to his nephews about his rejection of MBS as king, looking for them to do the same. Even though all his communication is monitored because he is under MBS’s surveillance, these conversations may have been regarded by the palace as a coup attempt or amounting to treason,” al-Faqih told Al Jazeera.

Al-Faqih added that Prince Mohammed “is worried that if Trump doesn’t win the elections this year [he] will find less support because, apart from Trump, the US administration doesn’t support him”.

Even after accusations were levelled against MBS over the assassination of Saudi journalist Jamal Khashoggi at the Saudi consulate in Istanbul in October 2018, Trump vowed to remain a “steadfast partner” of Saudi Arabia.

According to Glen Carl, a former US intelligence officer and an expert on the Saudi royal court, if the US administration changes, Washington’s approach to Saudi Arabia will likely change too.

“There will be more open pressure or possible isolation of MBS in international settings… and a change in policy to temper some of Saudi Arabia’s actions,” said Carl, referring to regional conflicts, including the civil war in Yemen.

A source, who spoke to Al Jazeera on condition of anonymity, said speculations generated by a recent visit to the hospital by King Salman was “an emergency situation that forced MBS to take that move”.

The detentions had sparked widespread rumours that the 84-year-old king’s health was failing, but state television aired video footage of him accepting oaths of office from two new Saudi ambassadors and attending a weekly cabinet meeting.

“If the king has been unwell, MBS must be nervous. He needs Ahmed’s pledge of allegiance while the king is still alive. That’s his only way to an automatic ascent to the throne after the king’s death,“ said the source.

Carl, the former US intelligence officer, agreed: “Once the king dies, it becomes harder for MBS to take the throne because others can contest that by saying the tradition succession is different.”

Who are MBS’s rivals?

While Prince Ahmed is seen by some as the legitimate heir to the throne, Mohammed bin Nayef is another strong contender, regarded as a committed ally of the US, a respected figure in the “war on terror” and former interior minister and crown prince.

“Nayef had good relations in the British and American intelligence services. He was a rival power … where there aren’t many power structures beyond MBS,” said Carl.

“For the US and UK, Nayef was considered a good successor to the throne … [seeing] that Saudi policies were congenial to the US and UK on the whole [during his time as crown prince],” he added.

According to Ali al-Ahmad, a Saudi scholar and expert on Saudi political affairs, Mohammed bin Nayef is not only a strong contender for the throne, but he also has connections inside and outside the kingdom.

“There may have been a plot by Nayef to get rid of MBS. Nayef is the most experienced security individual [in the kingdom] with strong allies and a patronage network,” said Al-Ahmad.

“He also has external support from former CIA officials … who are working with him and his aide to plot against MBS.”

Yayha Assiri, a Saudi dissident and former member of the Royal Saudi Air Force, told Al Jazeera that disapproval of MBS is not only in Saudi Arabia but is also growing overseas.

“Many forces both inside and outside the country don’t want MBS,” said Assiri.

“Whether they are members of the US administration or EU officials, everyone is worried that MBS [as king] would create more instability in the region. He comes across as rash and dangerous due to his role in the war in Yemen, the blockade on Qatar and the assassination of Khashoggi.

“These actions make allies wanting to find a replacement for him,” he added.