The US President and the First Lady both tested positive for coronavirus last week. Mr Trump is currently being treated in the Walter Reed National Military Medical Centre near Washington DC, while Mrs Trump is at the White House.

The First Lady is thought to not be planning to visit her husband in hospital due to the risk of spreading coronavirus to Secret Service staff.

NBC News’s Deepa Shivaram told MSNBC’s The Week with Joshua Johnson on Sunday: “We just did receive news from NBC’s Peter Alexander putting out a note that the first lady herself… there’s a note saying the reason she hasn’t visited her husband at Walter Reed is because she didn’t want to put those Secret Service agents and driver in harms’ way and expose them to COVID.”

Ms Shivaram added there was an “interesting contrast” between Mrs Trump and her husband, who left hospital on Sunday to surprise supporters by driving past and waving.

She said: “It’s an interesting contrast of the First Lady showing some caution in this process while the President himself, you know, leaving the hospital after being diagnosed with COVID in a car with his Secret Service agents and the driver definitely not social distancing, you know, and putting those folks at risk here, too. 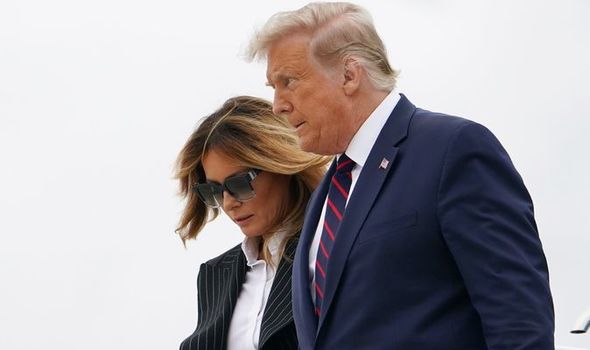 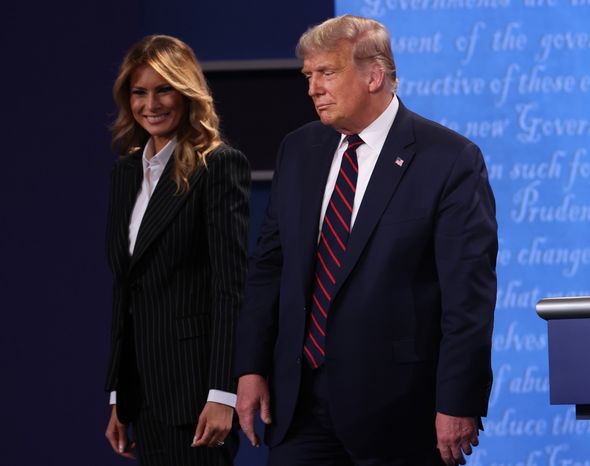 “It’s a little bit of a two-fold situation going on.”

In a tweet, NBC News’s White House Correspondent Peter Alexander said: “A White House official, on Saturday, told me the First Lady would not be visiting Trump at Walter Reed because ‘she has COVID and that would expose the agents who would drive her there.’” 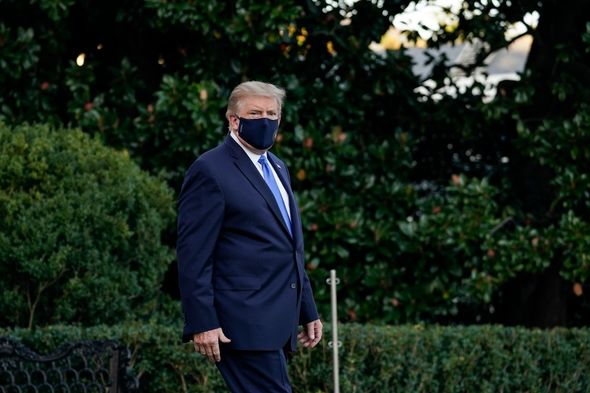 In a video posted on Twitter shortly before he greeted supporters, the US President said: “It’s been a very interesting journey. I learned a lot about COVID. I learned it by really going to school.”

In an update on Sunday, Mr Trump’s doctor said his condition is improving.

Dr Sean Dooley said: “The patient continues to improve. He has remained without fever since Friday morning, his vital signs are stable.” 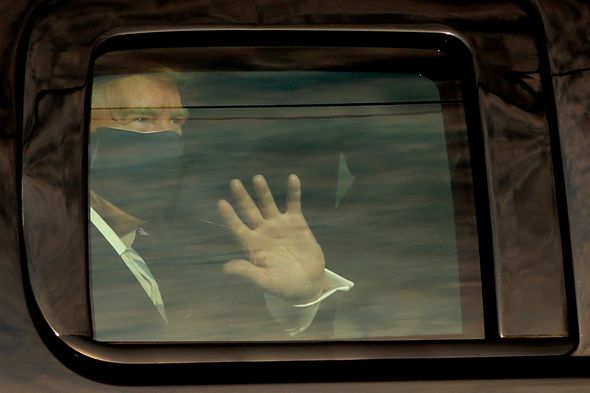 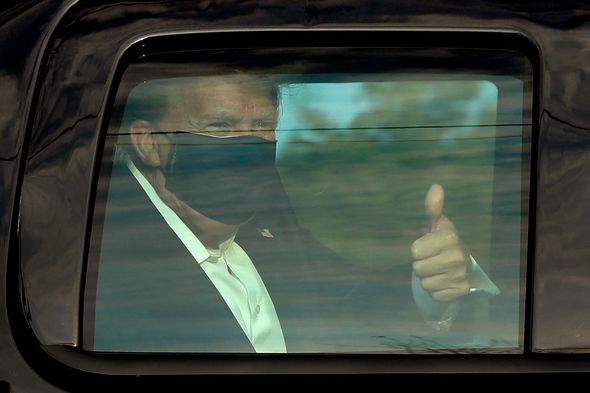 But there have been conflicting reports about the US President’s health.

Prime Minister Boris Johnson, who was admitted to hospital with coronavirus in April, said on Sunday he was sure Mr Trump was “going to be fine”.

He told the BBC’s Andrew Marr Show: “I’m sure that President Trump is going to be fine, he has got the best possible care.

“The most important thing to do is follow his doctors’ advice.”

Brexit Party leader Nigel Farage, an ally of Mr Trump’s, insisted he thought the US President looked “robust” in an earlier video he posted on Twitter from hospital.

“But considering all of that, he looked pretty robust.”

Mr Farage said there was still a wait to find out whether his virus would “bite hard or not” but added: “He doesn’t drink, he doesn’t smoke, he’s carrying a few extra pounds but he is generally in pretty robust health, so my guess would be he is going to be OK.”