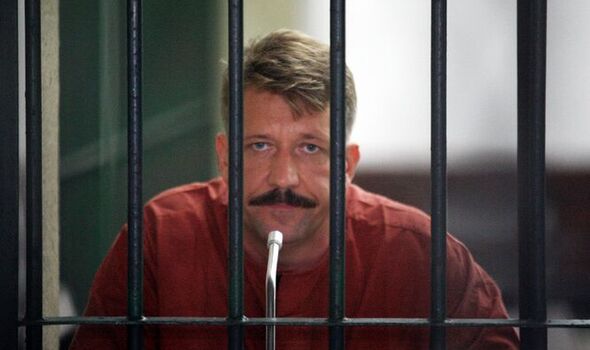 One of the world’s most prolific arms dealers is to be set free in a prisoner exchange for the detained American basketball player Brittney Griner. In a statement at 8.30am EST at the White House, President Joe Biden updated the press on the WNBA star’s condition, saying that “she is safe, she is on a plane, she is on her way home.” Griner was arrested at Moscow airport in February 2022 for possession of cannabis oil and reportedly sent to a penal colony, with President Biden describing her as being “unjustly detained in Russia” and “held under intolerable circumstances.”

Viktor Bout was born in Soviet-ruled Tajikistan and is believed to be fluent in multiple languages and formerly served in the Soviet Army. He began in air transport after the USSR fell in the 1990s.

It is believed Viktor Bout began his storied career as an arms dealer in the blood-soaked conflicts of West Africa, potentially supplying weapons in conflict zones like Congo, Liberia, and Sierra Leone.

Harnessing the chaos that followed the break-up of the USSR, the Daily Mail reports Bout is thought to have stolen around $32billion worth of weaponry from Ukraine between 1992 and 1998.

He would use fleets of soviet-era aircraft and their crews to ship weapons and military equipment into various warzones across Africa, Afghanistan, other parts of the Middle East, and around the world.

It has been widely reported her release was agreed upon in exchange for the freeing of Viktor Bout, 55, a prisoner in the US which Moscow had allegedly long sought to have returned.

In an episode of the US show 60 Minutes in 2010, Bout was described as “one of the most dangerous men on the face of the earth… without a doubt” by Michael Braun, former head of the DEA (Drug Enforcement Administration) in the US.

The international arms dealer had been famed for his ability to transport his products across the globe.

In an astonishingly frank interview with the New York Times in 2003, Bout joked: “Maybe I should start an arms-trafficking university and teach a course on UN sanctions busting?”

He told the interviewer: “If I told you everything I’d get the red hole right here”, pointing to the middle of his forehead.

In the same interview, Bout alleged his planes also transported UN peacekeepers, French soldiers, and even African heads of state, some of whom he came to count as personal friends.

The 2005 film “Lord of War”, starring Nicolas Cage and Jared Leto as arms-dealing brothers Yuri and Vitaly Orlov, is thought to have been, in part, inspired by Viktor Bout’s story.

Viktor Bout was ultimately arrested in Thailand in 2008, based on an original complaint filed in Manhattan.

He was secretly recorded by two confidential sources working with the US authorities agreeing to sell weapons to the Fuerzas Armadas Revolucionarias de Colombia, known as FARC – a Colombian group designated a foreign terrorist organization by the USA.

They also stated that Viktor Bout knew that the weapons were destined to kill American personnel in the region, telling the sources, “we have the same enemy” and that he had been “fighting the United States…for 10 to 15 years.”

He was charged with conspiring to kill US nationals, to kill US officers and employees, to acquire and use anti-aircraft missiles, and of conspiring to provide material support to a designated foreign terrorist organization.

In November 2011, Bout was convicted in New York of all four counts after a three-week trial.

Then-US Attorney General Eric Holder said at the time: “Today, one of the world’s most prolific arms dealers is being held accountable for his sordid past.”

The BBC report Russia’s foreign ministry confirmed the prisoner swap, saying: “The Russian citizen has been returned to his homeland” after an exchange at Abu Dhabi airport.”