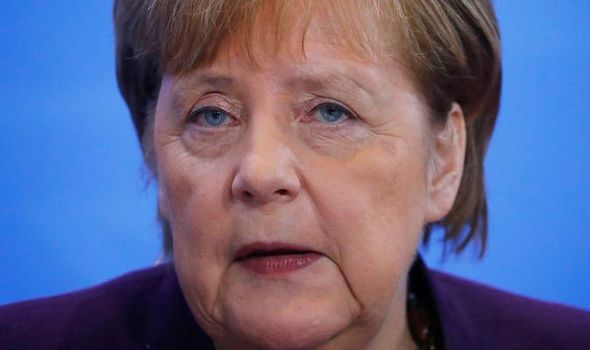 Ms Merkel has been accused of “silencing” the conservative wing in her party and forming deals with the Social Democrats in a bid to secure her ongoing position as the chancellor. Christian Sitter of the Werte Union, or Values Union, an ultra-conservative grouping in Ms Merkel’s conservative bloc, said the CDU now faces an identity crisis. Mr Sitter said: “We have a crisis and this is that we don’t know what we stand for anymore.

“Merkel has been more interested in surviving as chancellor than in uniting the party.

“To survive she cut wishy-washy deals with the SPD and silenced the conservative wing. Now we are saying we want to be heard again.”

Now Germany’s most successful political party since the end of World War 2 is now struggling to find a way forward after many of its voters have fled to the far-right Alternative for Germany (AfD) and the leftist Greens.

Ms Merkel’s supporters, who back Armin Laschet, premier of Germany’s most populous state of North Rhine-Westphalia, fear any shift to the right will cost the CDU dearly at the ballot box.

They point to the Greens, now the second most popular party in opinion polls, as the main threat to the CDU, and say the conservatives should stick to the middle-ground strategy that has handed Ms Merkel’s party four straight election victories. 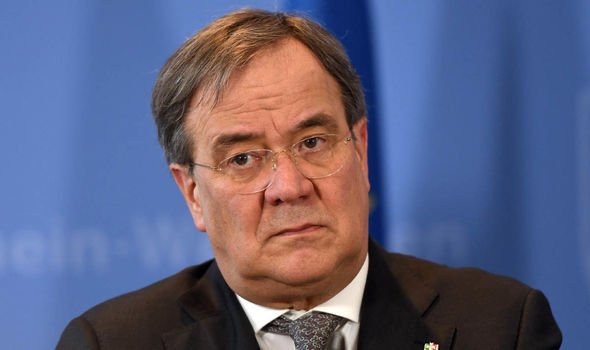 But Friedrich Merz’s supporters say Germany desperately needs a distinctively conservative party to counter the AfD, to which the CDU has lost most voters.

The debate over what the CDU stands for and its position vis-a-vis the AfD came to a head in Thuringia last month, when CDU lawmakers sided with the AfD to elect a new state premier, shattering the post-war consensus among established parties of shunning the far right.

So great was the resulting controversy that the newly elected premier quit after a few days and Annegret Kramp-Karrenbauer, who defeated Mr Merz to win the CDU leadership in December 2018, abandoned her ambitions to run for chancellor.

Her authority crushed, Ms Kramp-Karrenbauer decided to step down – opening the way for Mr Merz and Mr Laschet to duke it out.

“We have two choices: more of the same or a new start,” Mr Merz said. 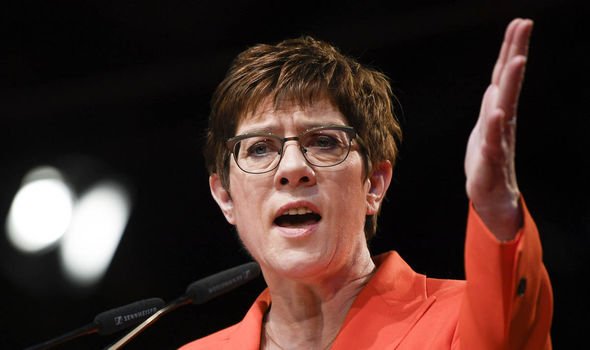 The CDU plans to pick a new leader at a special congress on April 25, with Mr Merz currently leading Mr Laschet in the polls by 35 percent to 24 percent.

At stake is Germany’s reputation – personified by Ms Merkel – as Europe’s champion of the post-war liberal order, an issue now being blurred by the CDU’s domestic preoccupation with the rise of the far-right Alternative for Germany (AfD).

Whoever wins the CDU leadership faces the daunting challenge of uniting the party.

“Laschet is Merkel 2.0,” said Axel Zimmermann, 51, a bank clerk and one of 1,500 supporters who gave Mr Merz a standing ovation at the beer hall rally in Apolda today, a small, left-behind town in the eastern German state of Thuringia.

“Laschet will win elections and compromise to build coalitions, but he won’t be able to unite the CDU,” Mr Zimmermann said. “Merz will take the CDU to the right. This will unite the CDU and weaken the AfD. What’s the point of winning elections if your party is falling apart?” 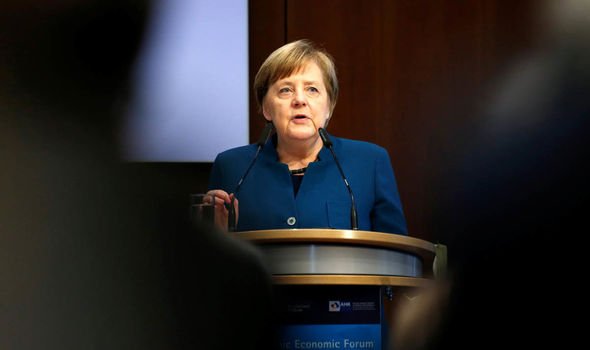 Straight-talking Mr Merz, a 64-year-old lawyer, offers a socially conservative, pro-business pitch that appeals to the CDU’s core of mainly western, Catholic men who see Ms Merkel – a Protestant from the east – as an anomaly.

Earlier this month, Mr Merz had a simple message for Syrian refugees who may be hoping to leave Turkey: “There is no point in coming to Germany.”

That strikes a chord in Thuringia, where Ms Merkel’s decision in 2015 to open Germany’s borders to a million refugees fleeing war in the Middle East fuelled the rise of the nationalist AfD.

By contrast, Mr Laschet, 59, is making a more inclusive offer and last month won the support of Health Minister Jens Spahn, who appeals to some on the CDU’s more conservative wing, as a running mate.

“The CDU is bigger than either one of us, this is about the future of our country and the CDU,” said Mr Spahn, adding it was time to build bridges within the party.