BERLIN (Reuters) – German Chancellor Angela Merkel on Monday called on Russia to investigate the suspected poisoning of Russian opposition figure Alexei Navalny and hold the perpetrators accountable after doctors found indications of a toxic substance in his body.

Navalny, a critic of Russian President Vladimir Putin, collapsed on a plane in Russia last week, and he was flown to Germany for treatment on Saturday.

The Kremlin has said it was unclear what caused Navalny to fall ill and that initial tests did not show he was poisoned, as his aides charged.

But German doctors treating Navalny at a Berlin hospital said on Monday that medical examinations indicated he was poisoned.

“In light of the prominent role played by Mr. Navalny in the political opposition in Russia, the authorities there are now urgently called upon to investigate this crime to the last detail – and do so in full transparency,” Merkel said in a joint statement with Foreign Minister Heiko Maas.

“Those responsible must be identified and held accountable,” Merkel added.

Berlin’s Charite hospital said a team of doctors there had examined him in detail after his arrival.

“Clinical findings indicate poisoning with a substance from the group of cholinesterase inhibitors,” the hospital said in a statement.

“The specific substance involved remains unknown, and a further series of comprehensive testing has been initiated.”

Navalny has been a thorn in the Kremlin’s side for more than a decade, exposing what he says is high-level graft and mobilising crowds of young protesters.

He has been repeatedly detained for organising public meetings and rallies and sued over his investigations into corruption. He was barred from running in a presidential election in 2018.

The German government said earlier that Navalny was being guarded in hospital due to concerns for his safety.

“Because one can say with near certainty that it was a poisoning attack, protection is necessary, Merkel’s chief spokesman, Steffen Seibert, told journalists.

Russia gave no immediate reaction to the German statements. 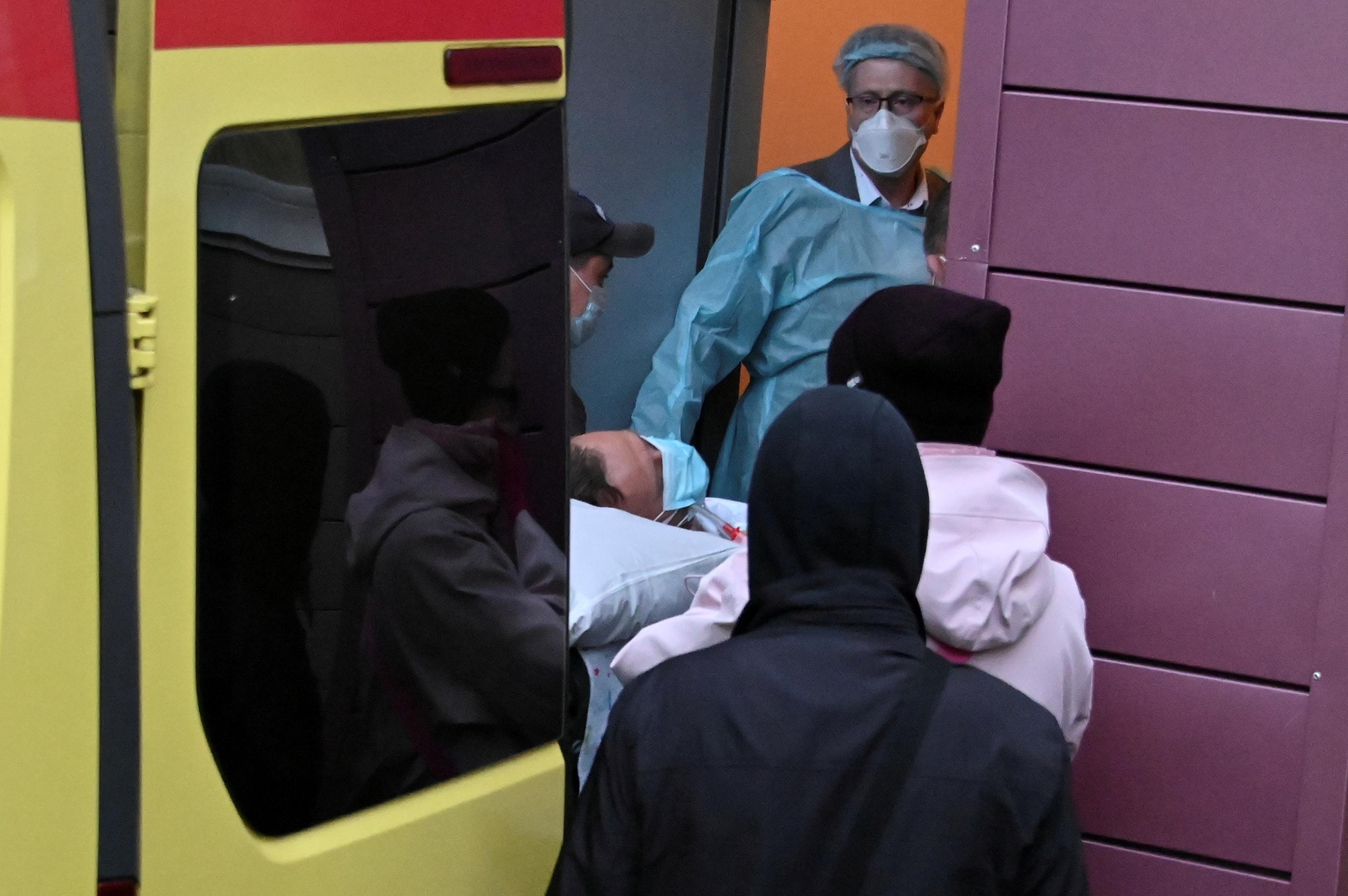 The incident could further strain Russia’s fraught relations with its European and NATO neighbours, who have accused it of mounting attacks on dissidents in Europe in the past – accusations that Russia has dismissed.

In their statement, the German doctors said Navalny was being treated in intensive care and remained in a medically induced coma. While his condition was serious, it was not currently life-threatening, they said.

The outcome remained uncertain and long-term effects, especially to the nervous system, could not be ruled out, the statement added.

The hospital statement said that Navalny was being treated with the antidote atropine.

That is the same drug used by British doctors to treat Sergei Skripal, a former Russian double agent, and his daughter Yulia, who were poisoned with a nerve agent in 2018 in Salisbury, England. The Kremlin has repeatedly denied involvement in that and other such incidents, calling accusations it was responsible anti-Russian provocations.

Navalny collapsed on a plane on Thursday last week after drinking tea while on his way to campaign in Siberia. Doctors at the Siberian hospital that first treated Navalny said earlier on Monday they had saved his life but they had not found traces of poison in his system. They had not come under pressure from authorities while treating Navalny, they said.

Navalny’s spokeswoman, Kira Yarmysh, said on Monday supporters had reported what they described as a suspected poisoning to the Russian police and Investigative Committee as soon as Navalny fell ill.

The police and Investigative Committee were not immediately available for comment.