Storm Ellen became the latest named storm of 2020 this week. Storm Ellen’s arrival prompted the Met Office to issue a flurry of weather warnings as the UK was blasted with strong winds and blustery showers.

Further blustery winds were also felt across the UK on Friday, with the Met Office issuing a widespread yellow wind warning for much of the UK.

The warning covered England, Wales and some parts of Scotland until 6pm.

At the moment the Met Office has not issued any further warnings for the weekend. 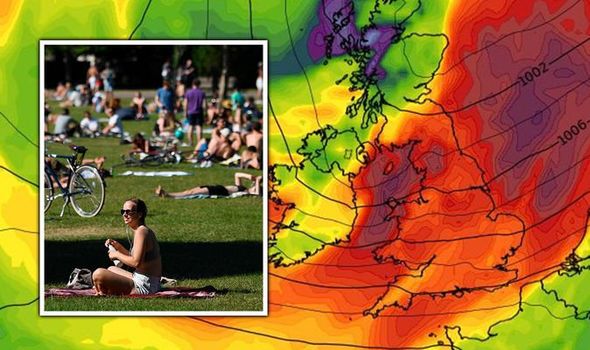 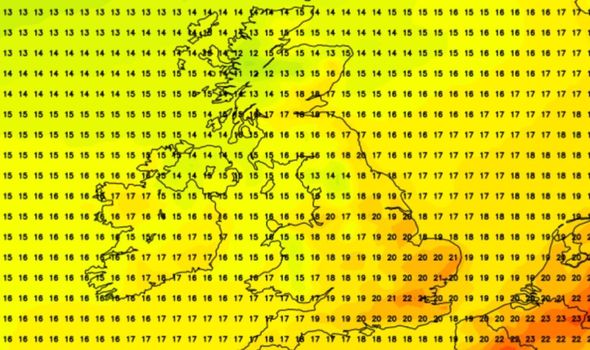 The forecast for this evening reads: “Showers becoming mostly confined to western areas where some will still be heavy.

However the winds are likely to remain over much of the weekend. 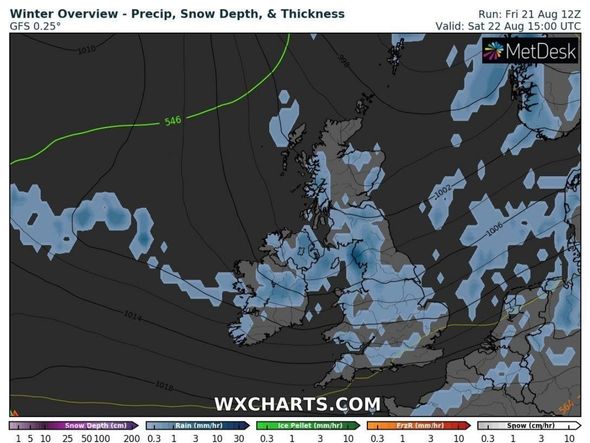 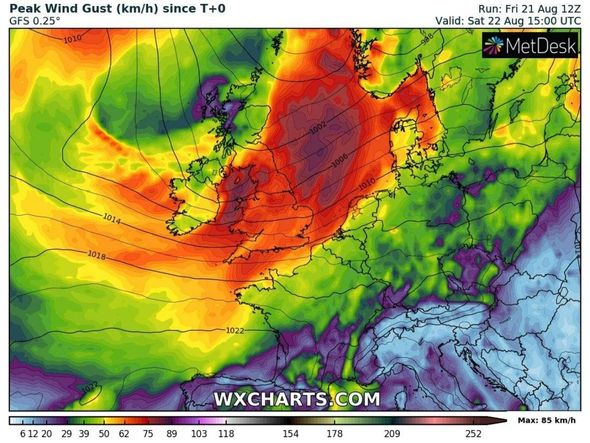 Met Office forecaster Aiden McGivern said: “Storm Ellen has now well and truly cleared, but this weekend stays blustery with further showers in places – albeit with a wind that is slowly easing by the end of the weekend.

“Nevertheless a breezy night to come on Friday night with further showers, especially in the north and the west, [with] clear spells in between the showers.

“They [the showers] will be moving through quickly on that breeze, but with enough of a breeze to stir things up, temperatures holding up around the mid teen’s in the south and 12 to 13C for the north.”

For Saturday the Met Office predict some “sunny spells” in its general forecast, along with further spells of wind and rain.

Mr McGivern added: “As we start off Saturday low pressure is still close by… it stays unseasonably windy for the middle of August.

“And with these occlusions bringing some more prolonged rain at times, there’s a wet spell for the northwest Highlands.

“And around lunchtime there’s some heavy rainfall into Northern Ireland that moves by the afternoon into north Wales, northwest England and southern Scotland – otherwise it’s scattered showers generally. 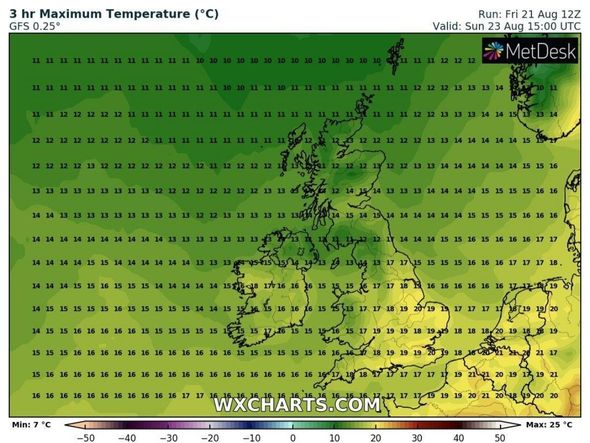 “There will be a greater chance later on Saturday of the weather quieting down a little in the south, with the winds less strong and a bit more sunshine coming through.”

However, when there is a break in the showers, temperatures could hit as high as 24C in East Anglia and the south-east.

But in general there will be a cool feel for the UK on Saturday.