Britons have enjoyed warm conditions across the country this weekend with temperatures above average. But the mercury is set to plunge in the coming days and rain is forecast.

The Met Office said Monday will be “feeling cooler”.

There will be sunshine and showers in the north, while cloud and rain across central areas will move south.

The south east will remain warm but there will be some showers in the afternoon.

Looking ahead from Tuesday to Thursday, the Met Office said: “Showers and some longer spells of rain, interspersed with drier and brighter spells. 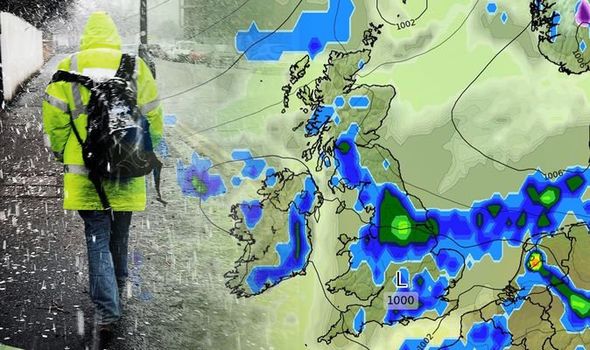 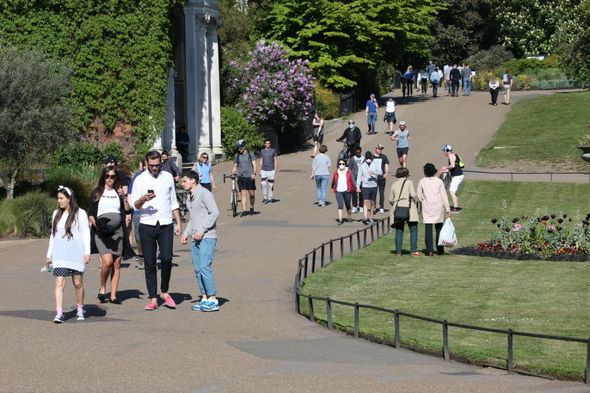 “The rain heaviest in the south, with parts of Scotland perhaps largely dry.”

Temperatures will be warmer in the south on Monday before an area of low pressure moves in. 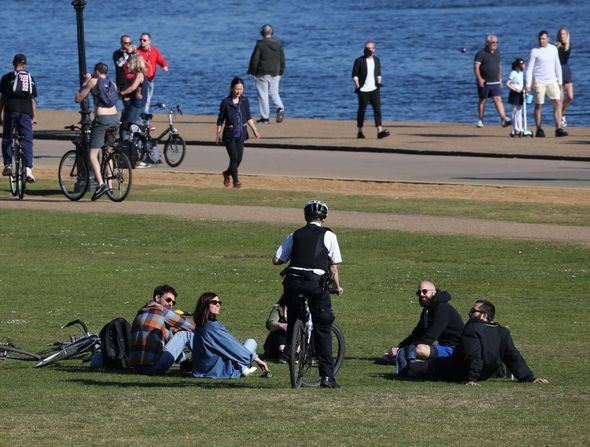 And the colder weather will stay for the rest of the week.

The BBC meteorologist said: “Just about holding onto another day of warm weather in southern areas but a notable change that we’ll see already today further north.

“More showers to come across Scotland and Northern Ireland through Monday. 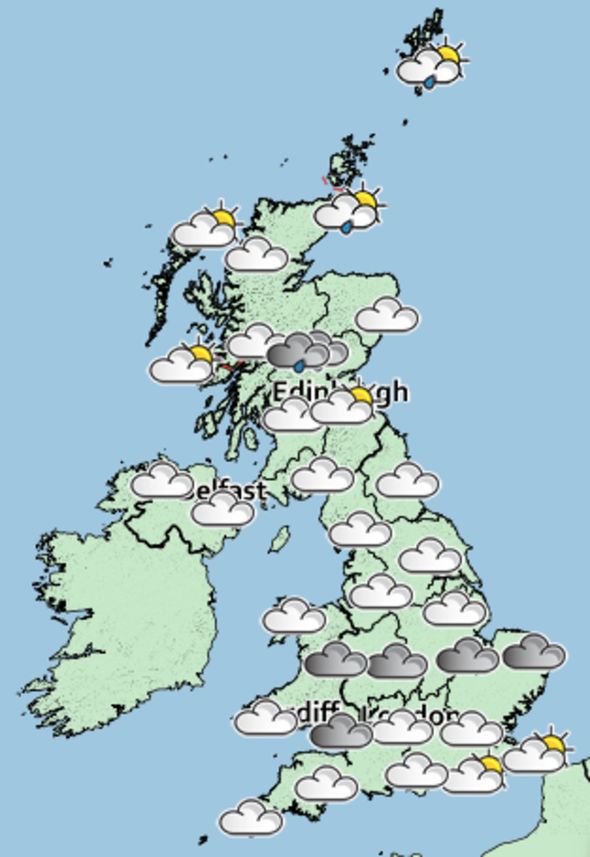 “One or two will be sparked off elsewhere, southern Scotland, northern England as well.

“And by the end of the day further south even though it’s warm still and dry with hazy sunshine, we start to pull up some showers from the south.

“That’s another area of low pressure coming in. 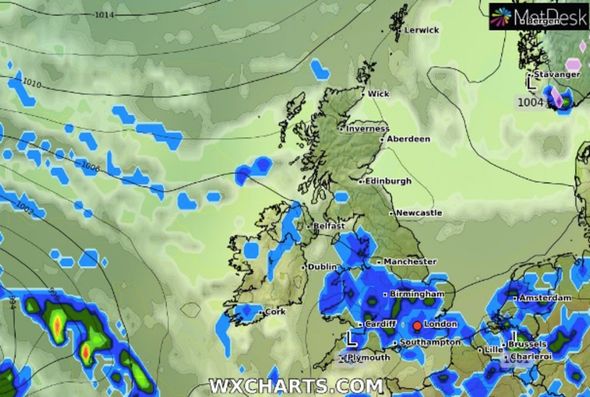 “And this looks as if it will give us more general rain, probably some of the first significant rain parts of England and Wales have had all throughout this month.

“Some quite wet weather around on Tuesday and by that stage we will have lost the warmth so 19C, 20C on Monday down to 13C or 14C.

“But probably further north staying largely dry and bright with some sunshine, just the odd shower.

“But the unsettled, the cooler, the windier theme with us for the rest of the week.”

All areas of the UK will be cooler by Tuesday, according to Meteogroup.

The forecaster said: “England and Wales will see outbreaks of rain.

“A few sunny intervals for Scotland and Northern Ireland but with showers in places.

“Wednesday is then set to be generally cool and unsettled with further rain spreading northeastwards across the UK.”