The Met Office has issued more weather warnings amid snow and ice battering parts of the UK. The weather warnings for wind advise of travel disruption throughout Thursday as well as possible loss of power as a result of the winds which may reach in excess of 65mph.

Winds across northern England are expected to strengthen later on Thursday morning peaking at 60mph before easing from the west and during the evening.

The most exposed areas will be over the Pennines where gusts could reach in excess of 65mph.

The Met Office has warned there may be:

The yellow warning for severe wind is in effect from 11am to 8pm on Thursday. 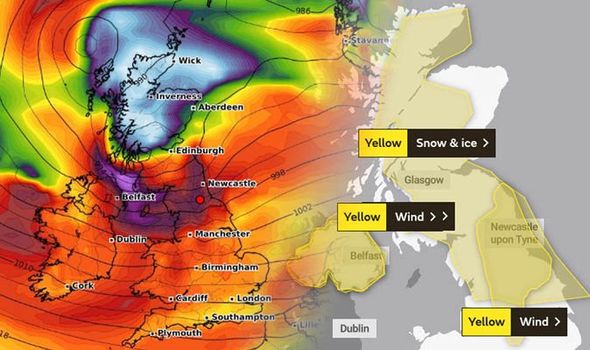 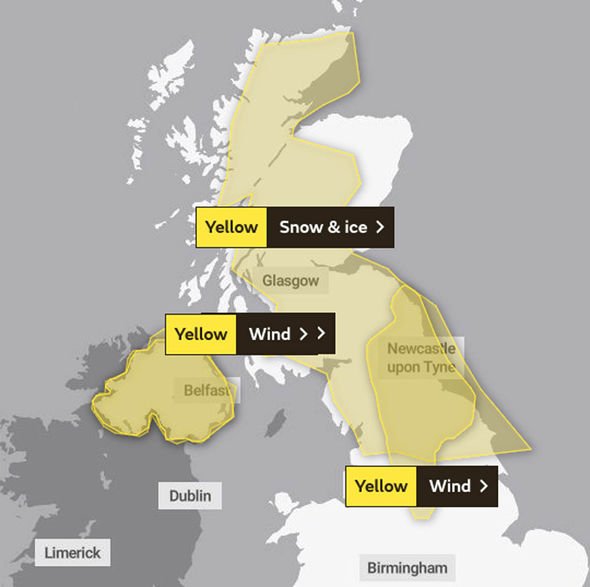 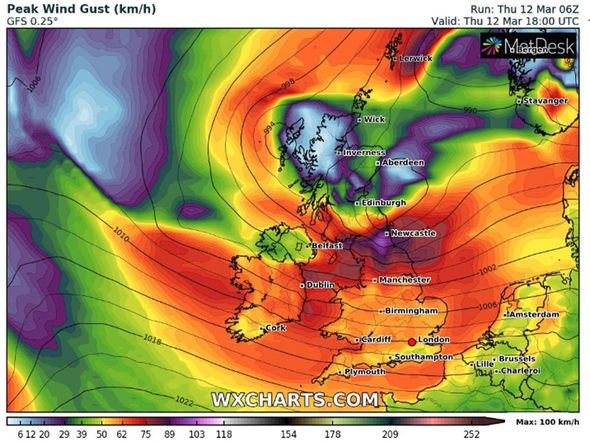 The warning reads: “Winds across Northern Ireland are expected to strengthen this morning with gusts reaching 60mph in places before gradually easing from the west during the afternoon.

“The most exposed coastal sites in the north may see gusts in excess of 65 mph for a time.”

All of Northern Ireland is forecast to feel the impact of the strong blustery winds which will cause disruption from 10am to 5pm on Thursday.

The yellow weather warning advises there may be:

Powerful winds, as well as snow and ice, have already caused disruption overnight on Wednesday into Thursday morning.

The Met Office issued weather warnings for snow and ice earlier this week.

Temperatures plunged overnight, triggering cold weather payments in some areas, while gales of up to 60mph swept across northern parts of the UK.

“Nothing has been issued yet but we could see gusts of up to 50 mph and 60mph in exposed sites.” 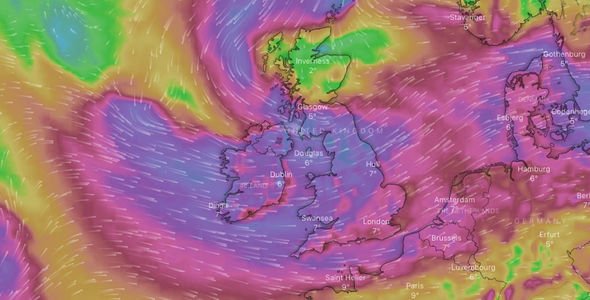 The Met Office forecasts the weather to be windy, cold and wet throughout this week.

On Thursday, the weather forecaster predicts windy and cold conditions across the country with showers for many, with some snow over west Scotland even for low-lying areas but lifting to the higher ground of the Highlands during the morning.

Eastern and southeast England will see fewer showers this afternoon.

Some snow is likely across higher ground in Scotland, with frost highly likely in the north.

On Friday and through the weekend will see the unsettled weather conditions continue.

The weather will be much less windy on Friday than Thursday with fewer showers.

Many places will stay dry and mild in England, Wales and Northern Ireland, but more rain will arrive in the southwest later.

The weekend will be very unsettled with outbreaks of rain and strong winds for all at times.