Much of the UK is also under yellow weather warnings for thunderstorms as the hot weather paves the way for explosive weather.

Large hail, frequent lightning and gusty winds will be additional hazards. Most thunderstorms will die out during later in the evening though a few may continue in to the night. 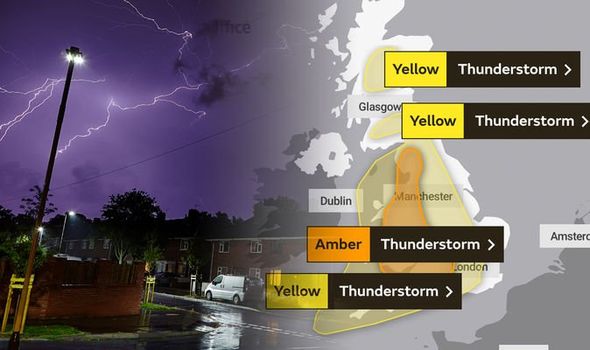 Met Office Meteorologist Paul Gundersen said: “Today warnings cover much of England, away from the east coast, Wales and parts of Scotland.

“The storms will be isolated but where they happen there will be frequent lightning, gusty winds and intense, heavy downpours with 30 to 40mm of rain possible in less than an hour and, in isolated spots, a small chance of 60 mm falling.

“With the continuing hot weather large swathes of the UK continue to be at risk from thunderstorms and potentially the impacts from heavy rain, into the early part of next week.” 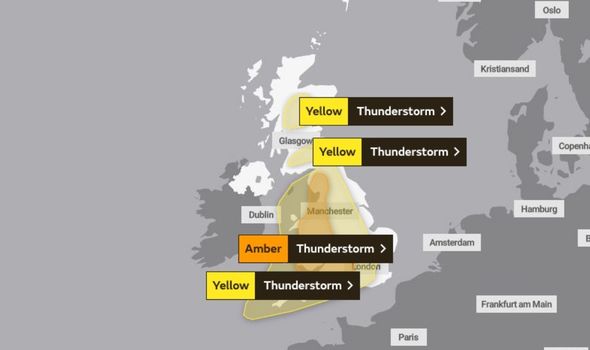 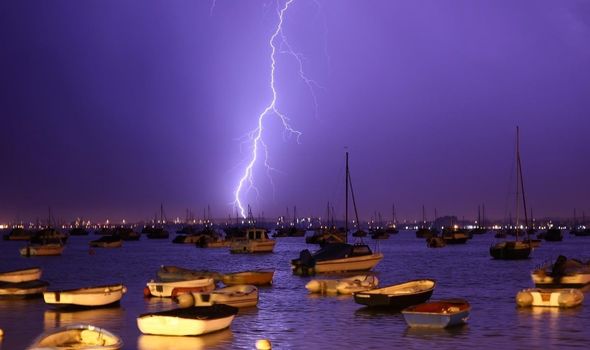 The impacts from heavy, intense rainfall have been felt in many places, including Fife in Scotland, where an Amber warning was in place and a major incident was declared.

Meanwhile, earlier this week homes and businesses were flooded in mid and west Wales.

The Met Office warns to expect

Six days of weather warnings are currently in place, from Wednesday through to Monday, August 17.

The thunderstorms follow days of scorching temperatures, with conditions reaching over 34C for much of this week.

Warm and sticky nights have followed, with temperatures not dipping below 20C all night.

The Met Office tweeted: “It’s set to be another very warm night tonight and uncomfortable for sleeping In fact, it will be a #tropical night for many, with temperatures staying above 20.0C once again”. 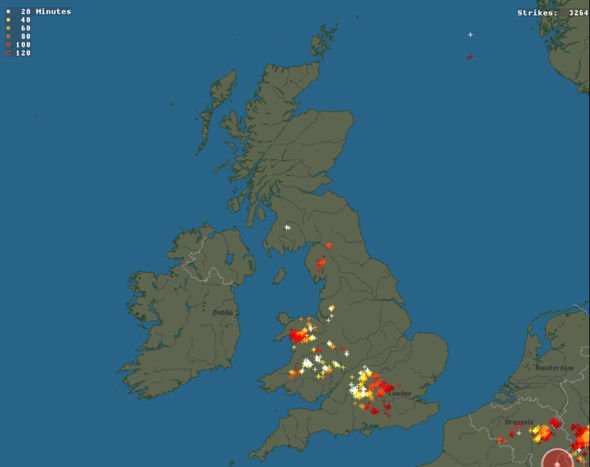