Interactive weather maps show temperatures peaking at 30C around the end of next week (July 8). While there are early signs the humidity could stick around, the forecaster has been reluctant to gauge whether or not it has heatwave potential. Heatwaves are only official when top temperatures remain for three days or more. Temperatures have to exceed the heatwave temperature threshold for that area – and each county has its own.

One-off hot days are not included in these records.

But the Met Office has now given a verdict on the forecast for the first fortnight of July, and there’s a big chance temperatures will soar to above average.

Spokesman Oliver Claydon told Express.co.uk: “As we move into July there are early signs of a spell of more settled weather, with high pressure potentially becoming established to the south of the UK, but likely extending to all areas at times.

“With these more settled conditions, temperatures will increase and are likely to be above average at times, especially in the South East, where we could see temperatures into the high 20s. 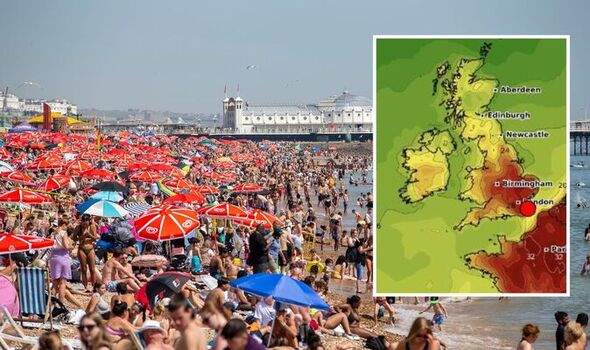 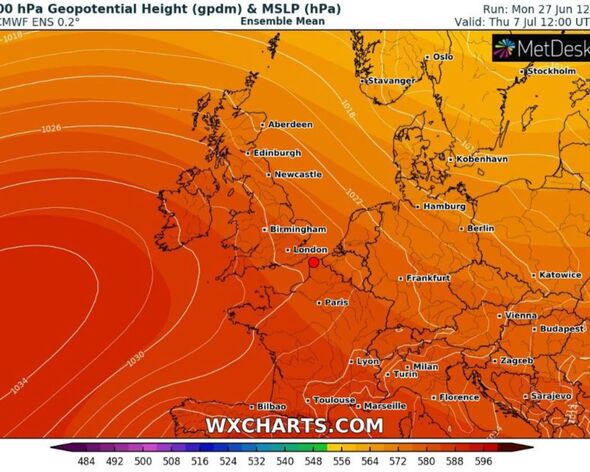 “In the North, where there will be some unsettled conditions, temperatures will generally be closer to average.

“However, this is still some way off, and with unsettled conditions persisting through much of the rest of this week, absolute maximum temperatures next week will be subject to quite a bit of uncertainty for a time yet.”

But it will be Thursday, July 7 where a sweltering plume from northern Europe will move in across the English Channel. 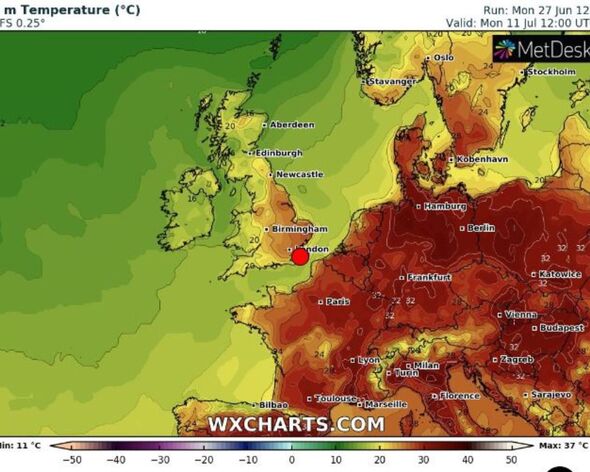 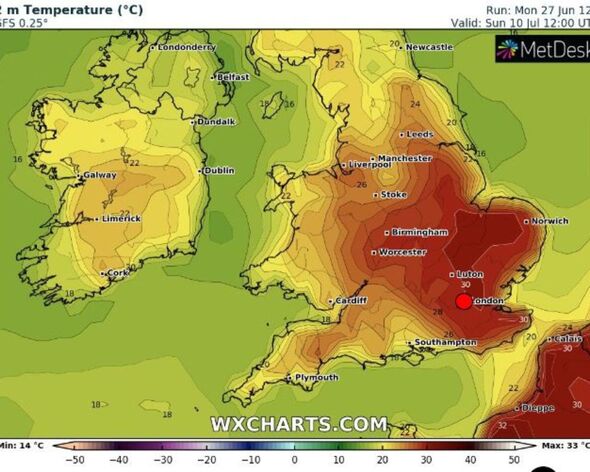 It is in the south east where temperatures are likely to touch 30C, with maps indicating 28C to 29C at present.

These highs are also set to last into the weekend (July 9 and 10) , before cooling off by Wednesday, July 13.

The Met Office’s long range forecast for this period says: “While the start of the period will see more settled conditions begin to establish themselves across the south, it will remain generally unsettled in the north, with cloud and rain in the northwest moving southwards through Saturday, but weakening.

“Into next week, it will likely remain dry across the south and southwest, while risk of more unsettled conditions remains in the north, with showers at times, and occasionally some longer spells of rain.

“Eastern and southern areas are likely to stay dry, but with a low risk of a generally isolated shower at times. Temperatures are expected to be close to or slightly below normal in the north but above normal in the south.”

But before the heat blankets much of the south east, this week temperatures will be far cooler.

In central London the mercury will reach 20C by the end of this week, before early forecasts show it slowly rising by the start of next week.

There will also be some rain this Thursday, June 30 which will make it feel far colder than it has done over the last few weeks.