Dubbed the “King of Pop,” Jackson is one of the most significant cultural figures of the 20th-century and arguably the greatest entertainer in the history of music. During the eighties and nineties, the late singer reinvented dance, inspiring people worldwide to try and replicate his moves, including the moonwalk. But there was one performance that has continued to baffle dancers and scientists alike, even a decade after Jackson passed away.

The 45-degree “anti-gravity” lean was first seen in the 1987 clip of “Smooth Criminal,” as Jackson and his performers appear to break the laws of physics to pull it off.

After years of deliberation, a group of scientists published a paper in 2018 in the Journal of Neurosurgery revealing how Jackson pulled it off.

Rather than a specific dance move, the lean is actually a clever illusion invented by the dancer himself with the help of some special shoes.

The scientists described in their paper how, during the move, the strain of the body is shifted from the erector spinae muscles that support the spinal column to the Achilles tendon. 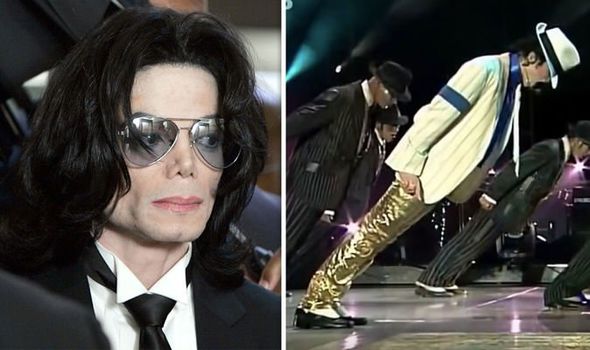 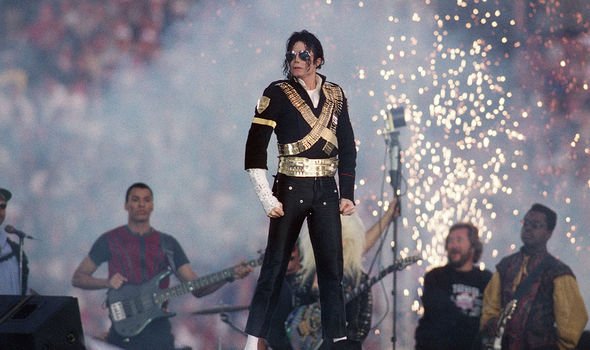 The paper reads: “This allows for a very limited degree of forward bending from the ankle joints, while keeping a stiff straight posture – unless you are Michael Jackson.

“MJ pulled off a gravity-defying 45-degree move that seems unearthly to any witness.”

The team found that a patent held by the entertainer for a special shoe with a triangular hook under the heel was key.

The illusion was aided with a nail that popped up at just the right moment and hitched onto the hook.

This gave him extra grip to a floor that he would otherwise fall down on, but his body played a huge role, too. 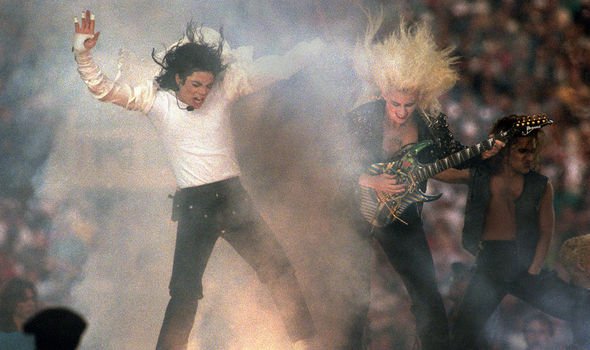 The paper added: “As much as we would like to believe that MJ broke the relationship between physiology and physics, a patent registered under his name shows that the move was accomplished with a clever invention.

“But even with specially designed footwear and the support of the hitch member, the move is incredibly hard to pull off, requiring athletic core strength from strengthened spinal muscles and lower-limb anti-gravity muscles.”

But the real question the researchers were looking into was how Michael Jackson challenged our understanding of spine biomechanics.

The paper added: “Trick or not, new forms of dancing inspired by MJ have begun to challenge our understanding of the modes and mechanisms of spinal injury.

DON’T MISS
Michael Jackson documentary: Why he was ‘in love’ with Diana [REVEALED]
How La Toya Jackson claimed her ‘father molested her’ [REVEALED]
Michael Jackson: The heartbreaking notes discovered in singer’s room [VIDEO] 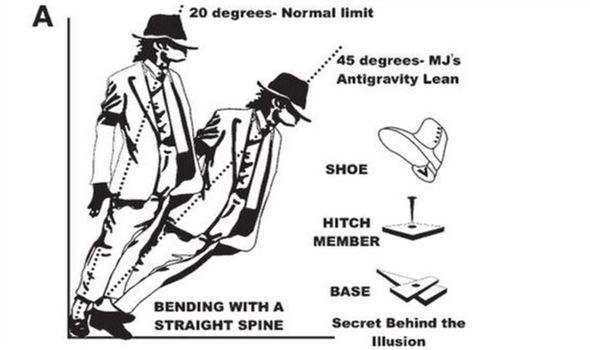 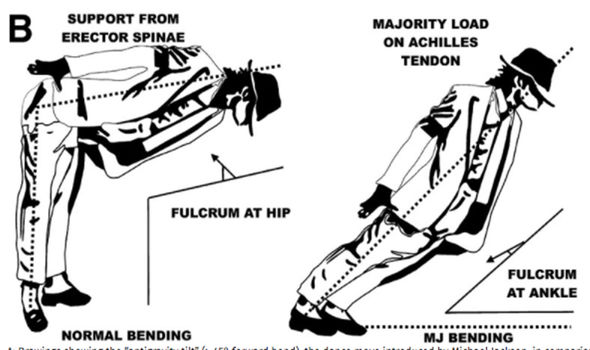 “Ever since MJ entertained us with his fabulous moves, throughout the world dancers have tried to jump higher, stretch farther, and turn faster than ever before.

“The rapid rise in popularity of dance as an art and exercise the world over is bound to produce new forms of injuries that may perplex the neurosurgeon.

“The art of movement is life itself for many dancers, and it remains to be seen how surgical implants will hold up to the stresses of dance.”

Since his death in 2009, Jackson’s career has been tainted with claims of child sexual abuse.

Last night, BBC2 aired a fresh documentary into his life, titled “The Real Michael Jackson” that followed Jacques Peretti as he traces the musician’s rise and fall in the showbiz and music world.

But the series has received backlash over claims it brought nothing new to the table.

It followed the two-part series “Leaving Neverland” aired by Channel 4 last year, which focused on two men, Wade Robson and James Safechuck, who allege they were sexually abused as children by the singer.

The Jackson estate strongly condemned the documentary as “tabloid character assassination” and in February 2019 sued original producers HBO for breaching a non-disparagement clause from a 1992 contract.