Boris Johnson says crossings of the English Channel by undocumented migrant are ‘very bad and stupid and dangerous’. 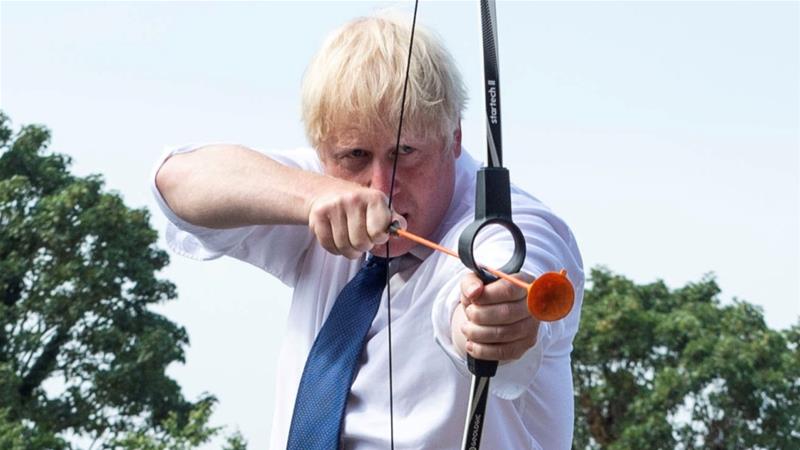 British Prime Minister Boris Johnson has said undocumented migrant crossings of the English Channel, which have hit record numbers, were “very bad and stupid and dangerous” on the eve of talks in Paris.

Chris Philp, the British immigration minister, will visit the French capital on Tuesday to urge the local authorities to step up efforts to prevent migrants from setting off on the voyages.

“Be in no doubt what’s going on is the activity of cruel and criminal gangs who are risking the lives of these people taking them across the Channel, a pretty dangerous stretch of water in potentially unseaworthy vessels,” Johnson said during a visit to a London school on Monday.

“We want to stop that, working with the French, make sure that they understand that this isn’t a good idea, this is a very bad and stupid and dangerous and criminal thing to do.”

The prime minister said he wanted to change current British legislation that he said made it “very, very difficult” to deport migrants “even though blatantly they’ve come here illegally”.

More than 4,000 undocumented migrants have arrived in the United Kingdom via the English Channel since the beginning of the year, including about 600 since last Thursday.

Help from the navy

Home Secretary Priti Patel, who visited the coastguard at the port of Dover on Monday, has asked for help from the navy, which has said it was considering the request, and instructed former Royal Navy veteran Dan O’Mahoney to tackle the problem.

A Royal Air Force surveillance plane was deployed to support the coastguard on Monday, the defence ministry said.

The French interior ministry has said additional personnel have already been deployed.

Ten times as many crossings were prevented last month compared with July 2019, with four times as many boats and equipment discovered in the dunes, it added.

A plan to combat undocumented crossings, drawn up with British authorities, is being finalised to strengthen control of the main crossing points, it said.

A Franco-British intelligence unit was set up last month in the fight against people smugglers.