Russia’s military forces have been caught on camera by Ukraine’s armed forces shooting down their own plane. The accidental moment caused the Russian army’s plane to catch fire and fall from the sky over the city of Alchevsk. Parts of the $36M Su-34 bomber plane can be seen landing on the ground. The war in Ukraine has been raging for over four months and Western Government officials have revealed President Putin is set to receive more weapons from Iran, in order to boost their war efforts.

Russian troops shot up into the sky at their own $36M Su-34 bomber plane, causing it to blow up in the air.

The video footage shows the sky lighting up over Alchevsk a city in Ukraine.

The plane now engulfed in flames begins to slowly fall to the ground in a bright ball of flames than can be seen from a great distance.

A second ball of fire can be seen falling to the ground at a slow pace, it is unknown if the second object falling is the Russian pilot who was driving the plane during the incident or just part of the aircraft.

Russian officials are yet to announce the accidental death of one of their own pilots. 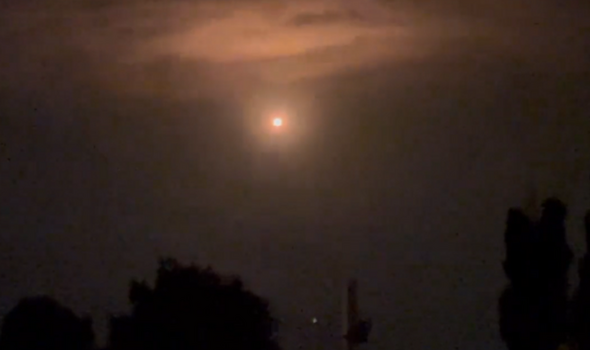 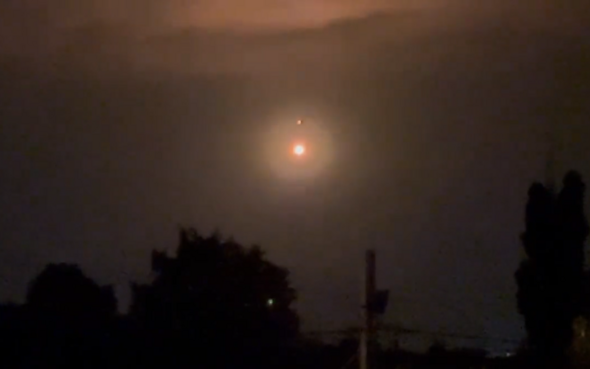 Users on social media have been reacting to Russia’s military mistake.

@Cryptonomically said: “Is it me or are the Russians really good at shooting down the wrong planes?!”

@LefthandUturn said: “That lack of training and high turnover rate is really paying off!”

@CabralEanea said: “It wasn’t accidental. They were testing the aim!”

@Hiepje said: “The air defence probably thought it was an enemy Boeing 777-200ER.” 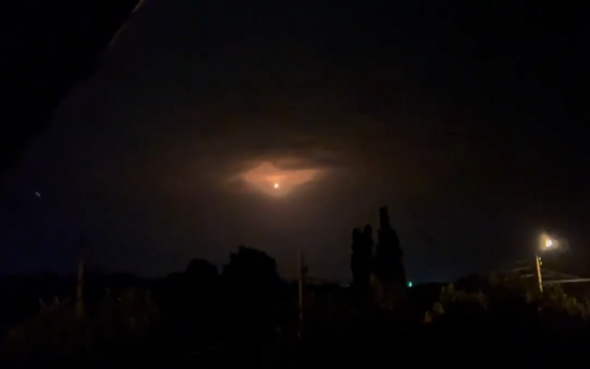 Western intelligence and military officials announced Putin’s deal with Iran to gain top of the range drones systems on his visit to the capital Tehran.

Major General Chapman told Times Radio: “So what we expect to come out of this is that there will be an offer of a significant number of drones for Russia from Iran.

“Which in itself is interesting because of course, the Russians are taking a hammering at the moment, both in terms of their ammo dumps, their logistic hubs, and their command and control.

“And that is to do with the Russian HIMARS, that’s the high mobility artillery rocket system along with the MERS multiple launch rocket system.

“So one of the ways to negate that is to go HIMARS hunting really by using various types of drones, now we don’t know what sort of drones they might use.

“And of course drones come into various types or five types, if you look across the panoply there for micro, small, tactical medium altitude to high altitude.

“And they are all based on either range speed size or mission, so we don’t know what type of drones they’ll get so saying what that means will be the indicator of what Russians want and for what purpose.”