Home » World News » More vaccine production sites have been approved in the E.U., a boon to the Continent’s lagging inoculation efforts. 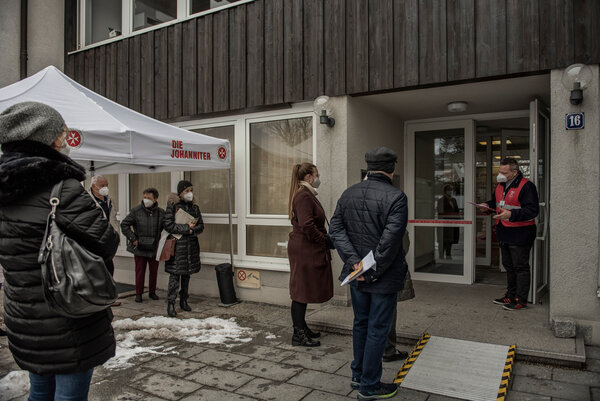 The agency, an arm of the European Union and Europe’s top drug regulator, approved sites in the Netherlands, Germany and Switzerland. It also loosened regulations for how long the Pfizer vaccine must be stored at ultralow temperatures.

The moves could speed up the Continent’s lagging vaccine production and distribution, which have been plagued by delays and setbacks.

Though the European Union is flush with cash, influence and negotiating heft, only about 10 percent of its citizens have received a first dose, compared with 26 percent in the United States and 44 percent in Britain. The bloc of 27 nations was comparatively slow to negotiate contracts with drugmakers, and regulators were cautious and deliberative in approving some vaccines. And it has been stymied by supply disruptions and shortages.

Europe also experienced a scare over the safety of the AstraZeneca vaccine and distribution in several countries was temporarily halted. Most of those countries have resumed using it, after the E.M.A. vouched for its safety, but public confidence in the shot has been severely undermined.

The agency said a new warning label would be added to the vaccine so that people in the medical community could watch for rare complications that could lead to blood clots and brain bleeds.

Trust in the AstraZeneca vaccine is essential to fighting the pandemic worldwide. The shot is more easily stored and less expensive than Pfizer’s or Moderna’s, and for now, it is sold without the goal of earning a profit.

The European Union has exported more vaccine doses than it has administered. On Wednesday, the it revealed emergency legislation that would curb exports of Covid-19 vaccines manufactured in its countries for the next six weeks.

According to a tweet by Ursula von der Leyen, president of the European Commission, the European Union has shipped out 77 million doses since early December, 88 million will have been distributed internally by the end of the week, and 62 million shots have been administered within the member nations.

“I can’t explain to European citizens why we are exporting millions of vaccine doses to countries that are producing vaccines themselves and aren’t sending us anything back,” Ms. von der Leyen, said last week.