MOSUL, Iraq, (Reuters) – When the Iraqi city of Mosul went into lockdown in March, Mohammed Sattar, who lost both his legs when his house was shelled in 2017, found himself unable to see the old friends whose support he and his family relied on. 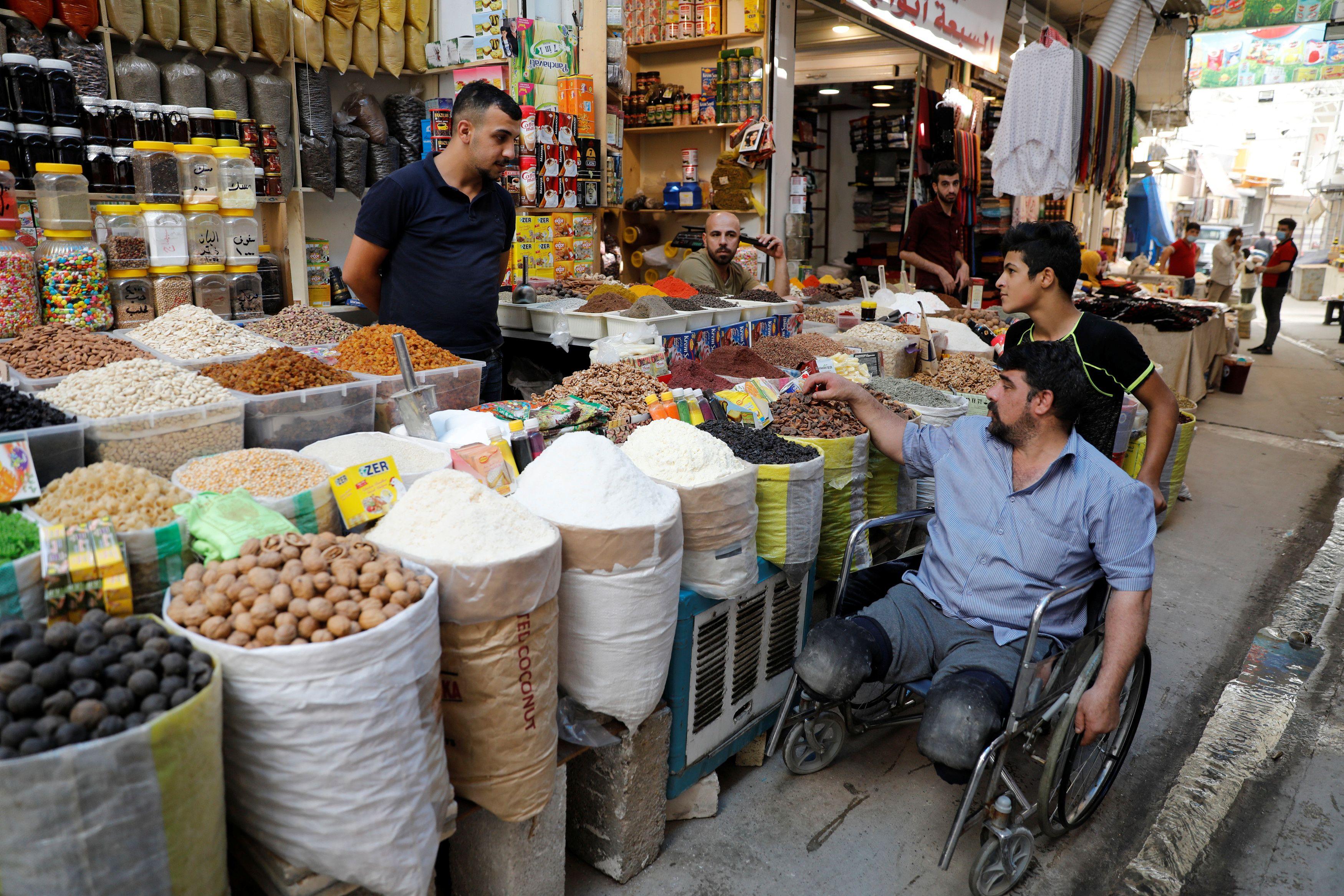 Lockdown was eased two weeks ago, but the economic crisis resulting from the pandemic has left Sattar’s friends unable to help him to the same degree.

The 39-year-old says his best hope is the government compensation that hundreds of civilians in Mosul were promised after being injured during the campaign by Iraqi and U.S. forces to liberate the city from Islamic State. But three years on, Sattar still waits.

Sattar used to work as a porter at Mosul’s Bab Al-Saray market, pushing merchants’ goods on a wooden cart through the Old City’s narrow streets.

Today, his former home, where his mother and sister died in the bombing is nothing but a pile of rubble. All his belongings and all his memories were destroyed, he said.

“Since the liberation, I depend on God and on charitable people”, he said. Since lockdown eased he goes to the market where he once worked and where he receives food, other necessities and small amounts of cash from old friends.

“At times, I was unable to feed my children”, Sattar says of the lockdown. He lives with three of his boys while a fourth child is being raised by relatives.

Mirwa Salim, who heads the Fajir Al-Hadba volunteer group that assists victims of the war, said it is taking a lot of time for those eligible to receive compensation.

“Recently, more compensation requests were processed, but under very difficult conditions. Each case needs about two or three years. Some of them have not yet received any compensation”, he said.

The head of the compensations’ committee of Iraq’s Nineveh governorate, Oglah Al-Juhayshie, said that “patients have to provide a medical report to prove their case, sometimes we have to get a written statement from their doctor.”

This can prove difficult, he added, given that the medic who treated the applicant three years ago at the time of their injuries might have passed away, moved to an unknown address or was a member of the Islamic State.

When Sattar tried to apply, he managed to provide certificates from some agencies but he was then asked to bring a doctor’s certificate.

“Where am I supposed to get it, given that the doctor who amputated my legs was an American?,” he asked.