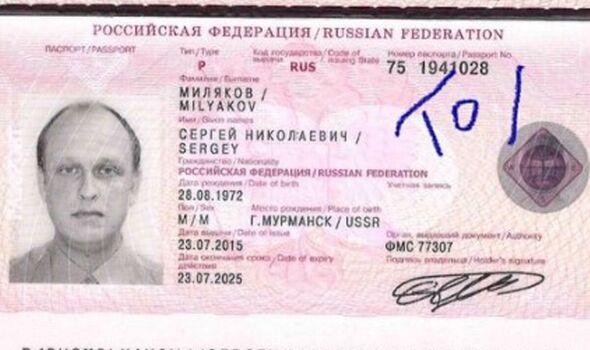 A third Russian national has been found dead in mysterious circumstances in less than a fortnight after a body was found unresponsive in a ship at Paradip Port in Jagatsinghpur, India. Sergey Milyakov, 51, was discovered at 4.30am local time on Tuesday with the cause of his death not immediately clear. He was listed as the chief engineer aboard the vessel, which was bound for Mumbai via Bangladesh. An investigation has been launched, according to the Paradip Port Trust Chairman P L Haranand.

The incident follows the deaths of a prominent Russian MP and his travel companion in late December.

Sausage magnate Pavel Antov, 65, was found lying dead in a pool of blood outside his luxury hotel on Christmas Eve in Rayagada, western India, after “accidentally falling from the terrace”.

Over the summer, Antov had openly criticised the Russian war in Ukraine, saying it was “extremely difficult to call this anything other than terror”.

A day prior to the death of Milyakov and a week after the death of Antov and Bydanov, the National Human Rights Commission asked the Superintendent of Police of Rayagada in Odisha to send a report on the incidents involving the two men.

Pavel Antov was a lawmaker of the pro-Putin party United Russia who made his money founding food processing enterprise “Vladimirsky Standart”.

Antov, an MP in the legislative assembly of the Vladimir region near Moscow, was listed as Russia’s highest-earning elected official in 2019 by Forbes Russia, having earned an eye-watering £130million that year.

But after celebrating his upcoming 66th birthday in Rayagada, he was found dead outside the luxury Sai International Hotel.

He said: “All possible angles as regards to the deaths of two Russian nationals are being verified. So far, it seems that Antov accidentally fell from the hotel terrace.”

He claimed that Antov may have killed himself after jumping from the roof terrace of the hotel in a bout of grief over the death of his companion on December 22.

He said: “He was probably disturbed by the death of his friend and went to the hotel terrace and likely fell to his death from there.”

The Russian Consul General in Kolkata Alexei Idamkin told state media outlets that Antov had “fallen” from his hotel window rather than jumped from the hotel roof.

But police have said they are reviewing CCTV footage and Antov’s death is currently being considered an accident.

In June, Antov was publicly critical of the war in Ukraine and described Russian air strikes on Kyiv as Russian “terror” wounding civilians.

Highlighting a Russian missile strike, he said: “A girl has been pulled out from under the rubble, the girl’s father appears to have died. The mother is trying to be pulled out with a crane – she is trapped under a slab. To tell the truth, it is extremely difficult to call this anything other than terror.”

He subsequently withdrew his comments and apologies, claiming his post on social media had been “an unfortunate misunderstanding” and a “technical error”.

He added that he had “always supported the president” and “sincerely” backed the special military operation.