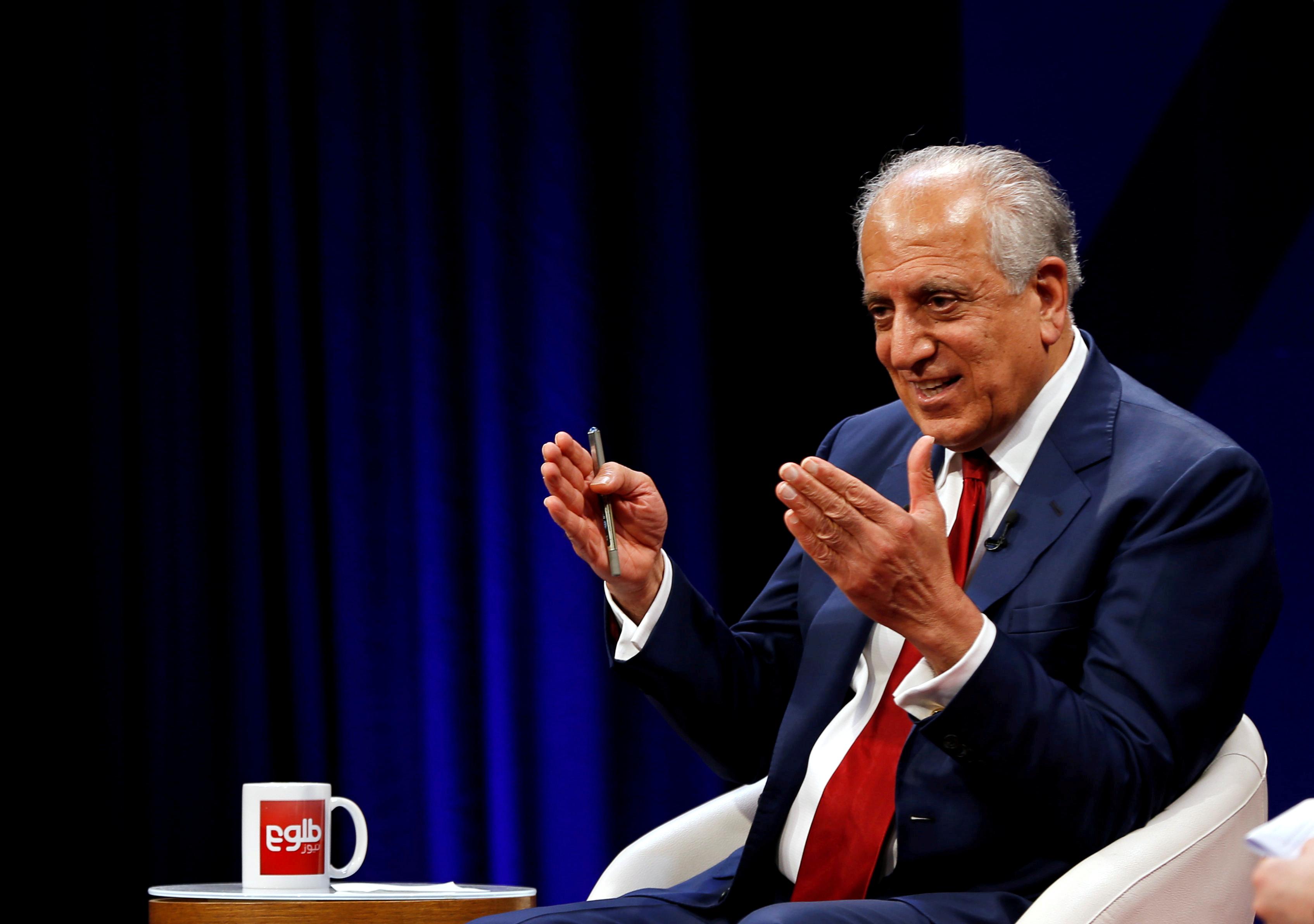 WASHINGTON (Reuters) – A new date for intra-Afghan peace talks is under discussion and the United States has heard positive reports about the formation of an inclusive Afghan government, U.S. Special Representative Zalmay Khalilzad said on Friday.

Speaking to reporters on a conference call, Khalilzad said it would be best if intra-Afghan talks began while there is still a significant U.S. military presence in Afghanistan and that he would soon travel to push for a de-escalation in violence and for the release of prisoners.

The pace of prisoner releases and disagreements over the Afghan government’s composition have both helped delay intra-Afghan talks, which were to begin on March 10 under a Feb. 29 U.S.-Taliban agreement for the withdrawal of U.S. troops.

Two attacks in Afghanistan on Tuesday have raised questions about whether the U.S. peace effort may collapse. One attack, on a Kabul hospital’s maternity ward, killed 24 people, including two babies. Another, at a funeral in eastern Afghanistan, killed 32.

Khalilzad repeated the U.S. assessment that an affiliate of the Islamic State (ISIS) militant group was responsible for both attacks. Afghan officials, however, have blamed the Taliban for the bloody hospital attack despite the militant group’s denials.

“There are forces such as the ISIS that doesn’t see peace in Afghanistan in its interest and are trying to increase violence to undermine the prospects for peace,” he told reporters. “We are urging both sides not to fall into that trap but indeed to cooperate against terrorists including ISIS. So, we want this to happen as soon as possible when now, we’re still there in a significant way.”