Weather model WXCharts shows somewhat mild temperatures from next week, as thunderstorms, rain and strong gales batter much of the UK, particularly western and northern parts. But as the Met Office alludes, these wetter and more autumnal conditions are only temporary this month. By the middle of the month, thermometers will be back on the up, hitting an impressive 26C in central and even northern England on Wednesday, September 14. WXCharts’ maps begin to glow an amber colour throughout this day, highlighted around the east and south eastern parts of the country.

The Met Office forecast for the last two weeks of September says: “Throughout this period, it’s likely the country will experience an east-west split in conditions, with eastern parts seeing the driest weather with the most sunshine, and western parts experiencing more rain or showers at times.

“Nocturnal mist or fog patches are expected to become more common through the period, with these conditions being most likely in the south and east.

“Temperatures are likely to be above average for most.”

WXCharts shows September 14 looking like the hottest as yet, but it also shows a slight indication of September 16 reaching around 21C. 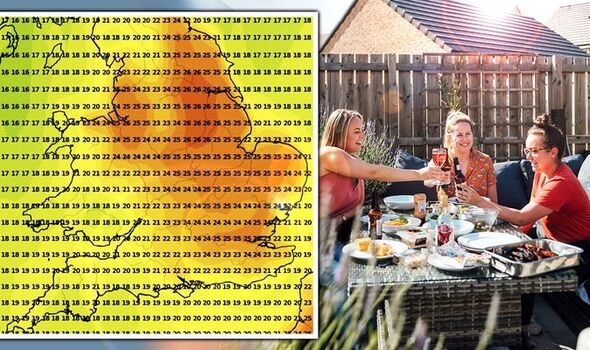 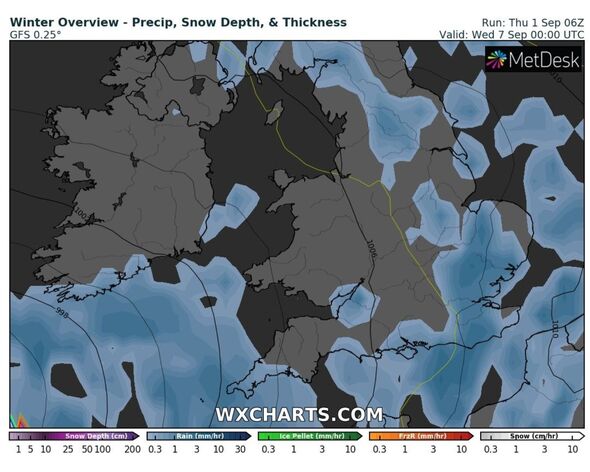 This will likely update with more certainty nearer the time.

The Weather Outlook’s Brian Gaze also wrote in a blog post about how high pressure which has dominated throughout summer will take a “back seat” next week.

Mr Gaze said: A change in the weather is on the way, but in the short term it remains dry, sunny and quite warm in most of the UK.

“However, areas of low pressure will be approaching and by the weekend the chance of showers or longer spells of rain increases markedly. 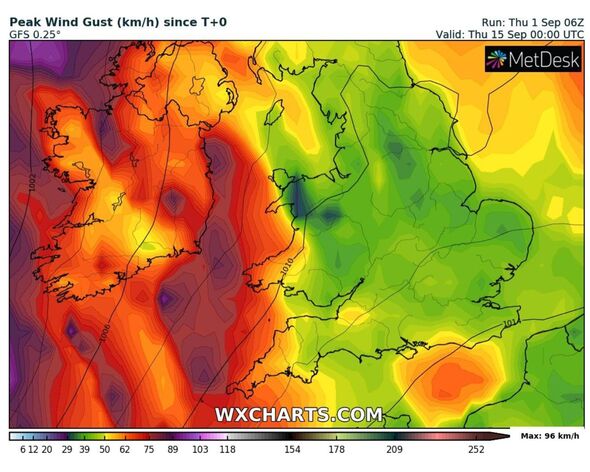 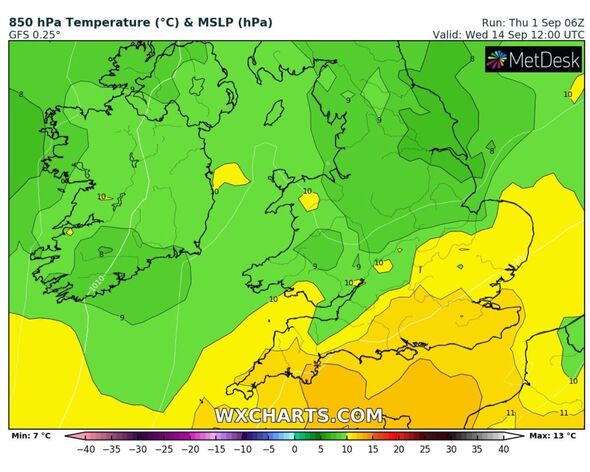 “Forecast details are uncertain and it is possible that south eastern counties could still have warm spells of sunshine.”

Jim Dale, senior meteorologist at British Weather Services, refused to rule out any more heat spikes, but said more information would come to light within days.

He told Express.co.uk: “I think we will bounce in and out of differing weather profiles over the month. No spikes yet but give it a week or so.”

This Saturday a yellow weather warning for rain has been implemented by the Met Office for Northern Ireland and parts of eastern Scotland, with flooding likely.

The forecaster has warned of travel delays, and risks of power cuts to communities.

Next week there will be more heavy rain that will cover much of the UK in intervals from Monday to Friday, but completely clearing by Sunday, September 11.