A police officer has been shot and killed and another is seriously injured after making a routine traffic stop in New Zealand.

Police said the two officers pulled over a car carrying two people on Friday morning in Auckland when one of them started firing at them with a long-barrelled gun.

The vehicle then sped off, hitting and injuring a bystander as it fled the scene.

Police are searching for the gunman, who is on the run. 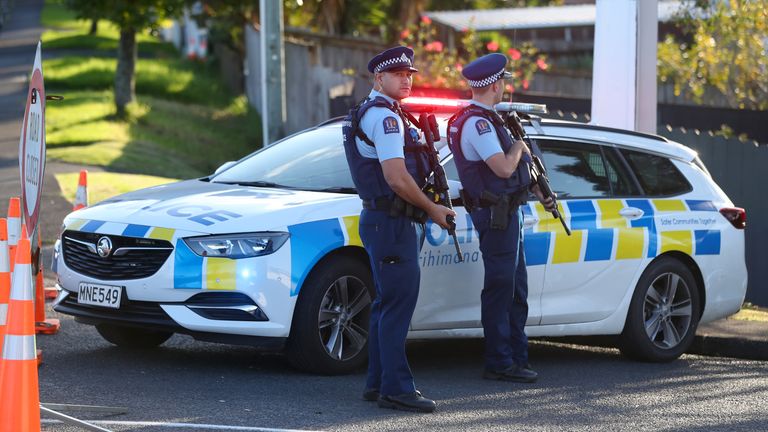 Police Commissioner Andrew Coster said there was nothing to indicate anything was out of the ordinary when the car was first pulled over.

He said the officers were not carrying guns.

New Zealand police do not routinely carry guns but usually have them available in the boot of their vehicles.

“This is a shocking situation,” Mr Coster told reporters.

“It is the worst news police, and police officers’ families, can ever receive in the course of what we do.” 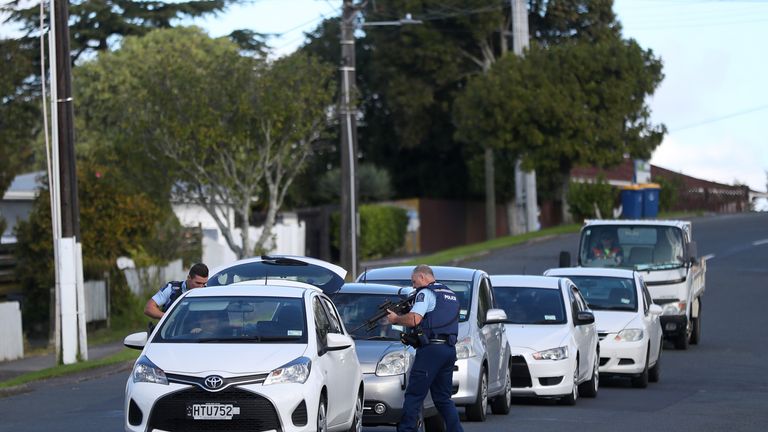 He said the second officer was in hospital with serious leg injuries, while the member of public who was hit by the car was also receiving treatment for minor injuries.

Heavily armed police had raided at least one home near the site of the shooting, according to local media.

Schools and childcare centres near the scene of the incident have been put on lockdown while police continue to hunt for the suspect.

Prime Minister Jacinda Ardern said the news of the officer’s death was devastating.

She said: “To lose a police officer is to lose someone working for all of us, but also a family member, someone’s loved one and friend.”