Ukrainian military forces began a series of coordinated counter-offensive operations in late August, aimed at reclaiming Russian-occupied territories. Since the strategy began, Ukrainian troops are reported to have secured over 2,000 kilometres of land from the Russian invaders as Moscow’s forces have rapidly conceded land that had been occupied since the early days of the war. As President Zelesnky’s forces continue to advance, troops have taken advantage of stores of Russian weapons abandoned by soldiers as Vladimir Putin’s men flee Kharkiv.

In video footage captured in Izyum, Ukrainian troops are filmed exploring what appears to be a warehouse facility, piled high with guns, ammunition, and some pieces of military uniform.

The huge supply of weapons is reported to have belonged to the Russian military, but has since been captured by Ukraine’s advancing battalions.

The clip was published to social media by the media network Visegrad 24, with an added caption: “Russian weapons captured by Ukraine in Izyum. 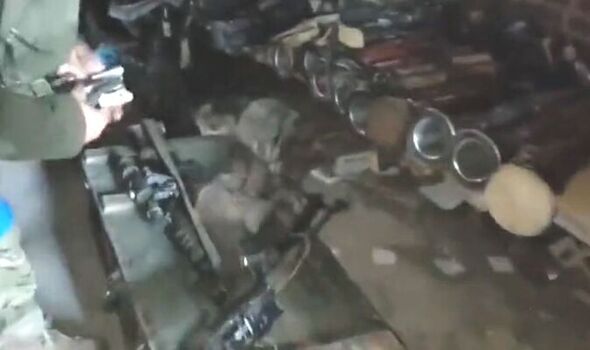 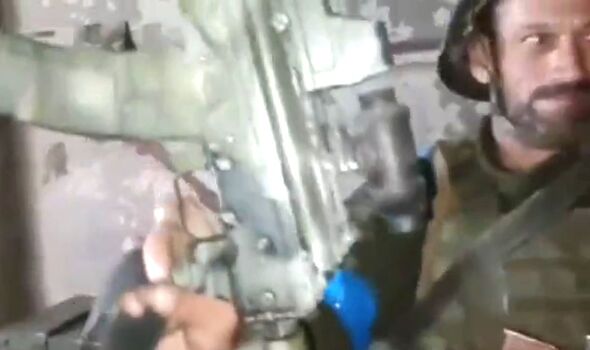 The news comes as Moscow’s forces are reported to be suffering from a crisis of military supplies, including weapons, uniforms, and rations.

The lack of adequate military equipment has prompted an atmosphere of low morale among the invading troops, as Russian soldiers are suffering from “combat fatigue”.

By comparison, Ukrainian forces have been praised for their rapid rate of advance, particularly in Kharkiv, and their ample use of Western-supplied long-distance weapons in the counter-offensive.

The UK Ministry of Defence revealed Ukraine had recaptured territory at least twice the size of Greater London in the Kharkiv region.

Read more: Ukraine LIVE: ‘They set us up’ Putin ally turns on Kremlin 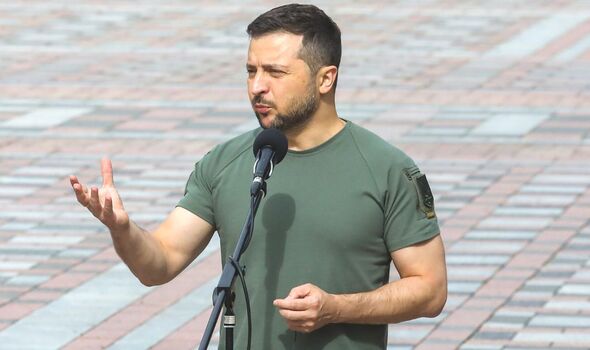 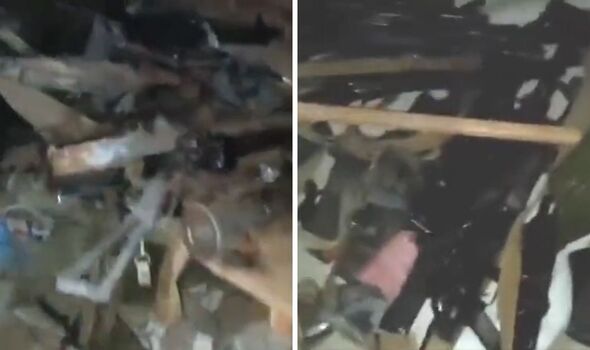 Russian forces have attempted to strike back against the Ukrainian advances by launching attacks on essential infrastructure in the Kharkiv and Donbas regions.

President Zelensky reported there had been a “total blackout”  after the Russian military damaged critical infrastructure, depriving civilians of light and heating.

Despite this setback, President Zelensky declared that Ukrainian troops had already liberated more than 30 settlements in the Kharkiv region from Russian occupiers.

Ukrainian authorities claim over 2,000 kilometres of land has been reclaimed from Russian forces since the beginning of September as President Putin’s military have been forced into retreat. 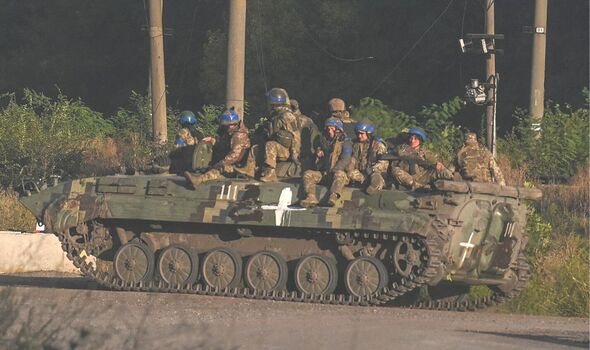 As Moscow’s soldiers abandon supplies in the now Ukrainian-controlled city of Izyum, invading forces in Kherson are reported to be struggling to acquire weapons and adequate numbers of personnel.

In Kherson, Russian soldiers had attempted to construct an improvised floating bridge after road routes were rendered unusable, although this transport system remains incomplete.

The UK Ministry of Defence has predicted that the organisation of the Russian armed forces will continue to deteriorate as the Kremlin military leadership has failed to act on vital intelligence information.

Read next:
Russia ‘a big mess militarily’ as Ukraine launches counter attacks
‘Do you still think you can scare us?’: Zelensky mocks Putin
Putin on the brink: Chechen fighters sent to Moscow as coup fears grow
‘Motherf*****s’: Putin fumes as army ‘shoots down its own £30m jet’
Putin ‘could have been defeated months ago’ if EU sent more weapons