Malaysian police say there is no evidence Nora Anne Quoirin was abducted from the resort she was staying with her family, an inquest into her death has heard.

The London teenager’s disappearance from her family’s cottage while on holiday at the Dusun eco-resort in southern Negeri Sembilan state on 4 August last year sparked a massive search.

The 15-year-old’s naked body was discovered beside a stream in a palm oil estate on 13 August – around 1.6 miles (2.5km) from the resort. 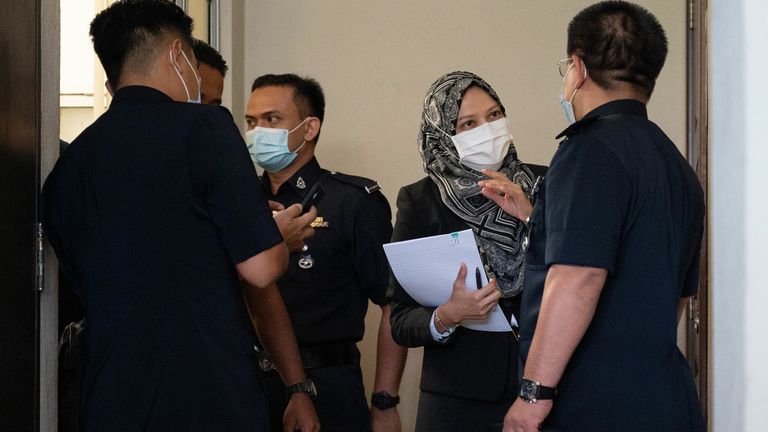 On the opening day of the inquest, coroner Maimoonah Aid said the hearing was aimed at determining when Nora died, the cause of her death, how she came to her death and if anyone was criminally involved.

He said there was no indication Nora was abducted and no ransom demand, and that officers believe she climbed out of a window on her own.

The post-mortem examination showed she had succumbed to intestinal bleeding from starvation and stress, he told the Seremban Coroner’s Court.

Nora’s Irish mother, Meabh, and French father, Sebastien, say their daughter was kidnapped because she had mental and physical disabilities and could not have wandered off on her own. Giving evidence via video conference, resort owner Haanim Bamadhaj said Nora’s parents had told her the teenager only had on her underwear when she went missing and that she would hide when she was frightened.

Ms Haanim, whose house faces the Quorin’s cottage, said the resort was peaceful on the night before Nora went missing.

She added that her dog, who would bark if there were outsiders, was also quiet.