City of Kaesong near border with South Korea under total lockdown while Vietnam goes on high alert after new infection.

North Korean leader Kim Jong Un placed the city of Kaesong near the border with South Korea under total lockdown over coronavirus concerns and declared a state of emergency to contain a potential outbreak, AP news agency reported on Sunday quoting the North’s state media.

The step was takenafter a person was found with suspected COVID-19 symptoms in the city, the Korean Central News Agency said. It said the person is a runaway who had fled to South Korea years ago before illegally crossing the border into the North early last week.

If that person is officially declared a virus patient, he or she would be the North’s first confirmed coronavirus case. North Korea has steadfastly said it has no single virus case on its territory, a claim questioned by outside experts.

Mexico’s Health Ministry has reported reported 6,751 new confirmed cases of coronavirus infection and 729 additional fatalities, bringing the total in the country to 385,036 cases and 43,374 total deaths.

The government has said the real number of infected people is likely significantly higher than the confirmed cases, according to Reuters news agency.

Brazil registered an additional 1,211 deaths attributable to the novel coronavirus over the last 24 hours and another 51,147 confirmed cases, Reuters news agency reported quoting the health ministry.

The South American nation has now registered 86,449 deaths and 2,394,513 total confirmed cases as of the end of Saturday. 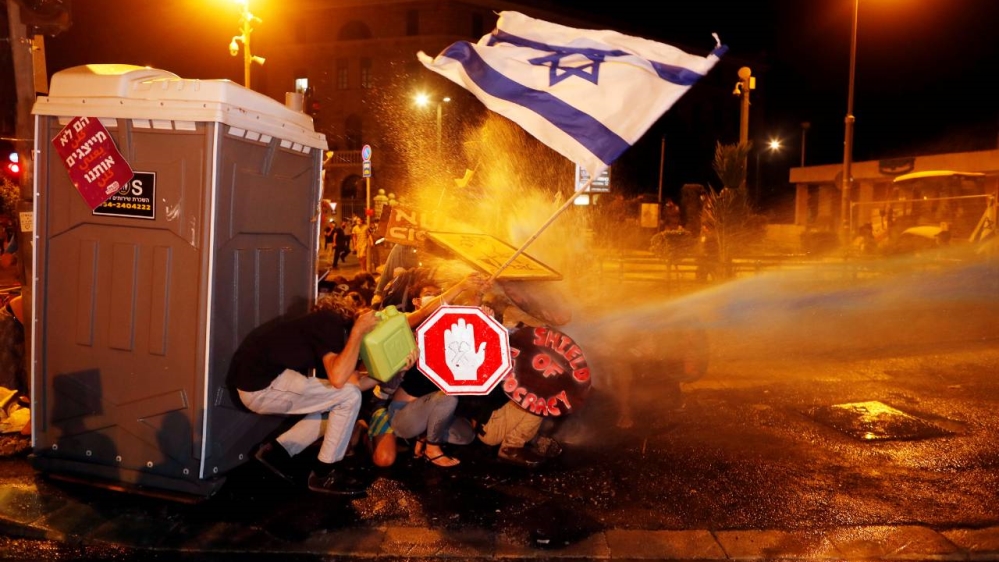 Thousands of protests hit the streets of Jerusalem to denounce Israeli Prime Minister Benjamin Netanyahu’s handling of the coronavirus pandemic, as well as alleged corruption in his government.

Images from Jerusalem showed some of the protesters clashing with police outside the residence of Netanyahu on Saturday night.

The number of people to test positive for coronavirus in Israel topped 60,000 on Saturday as the government struggles to contain a resurgence in infection rates.

With a population of 9 million, Israel has reported a total of 455 fatalities from the pandemic.

Israel was one of the first countries to impose a nationwide lockdown and initially was successful in clamping down on the outbreak, before cases surged anew.

Hurricane Hanna roared ashore on the United States’ Gulf Coast in the state of Texas, bringing winds that lashed the shoreline with rain and storm surge – and even threatening to bring possible tornadoes to a part of the country trying to cope with a spike in coronavirus cases.

The first hurricane of the 2020 Atlantic hurricane season made landfall Saturday afternoon at 22:00 GMT. As of Saturday evening, it had maximum sustained winds of 90 mph (145 kph).

Many parts of Texas, including the area where Hanna came ashore, have been dealing with a surge in coronavirus cases in recent weeks, but local officials said they were prepared for whatever the storm might bring.

You can find all the key developments from yesterday, July 25, here.