North Korea has fired two ballistic missiles, the seventh launch in the last two weeks, a news report has claimed. The incident has set alarm bells ringing in Washington and its allies in Tokyo and Seoul.

According to Yonhap reports, the Joint Chiefs of Staff said: “While strengthening our monitoring and vigilance, our military is maintaining a full readiness posture in close cooperation with the United States.”

AFP reported that North Korea on Saturday defended its recent flurry of missile tests as a legitimate counter to US military threats, following days of joint military exercises between the South, Japan, and the United States.

According to the officials, the rise in the North’s missile launches suggests that it is closer than ever to resuming nuclear testing for the first time since 2017, with preparations observed at its test site for months. 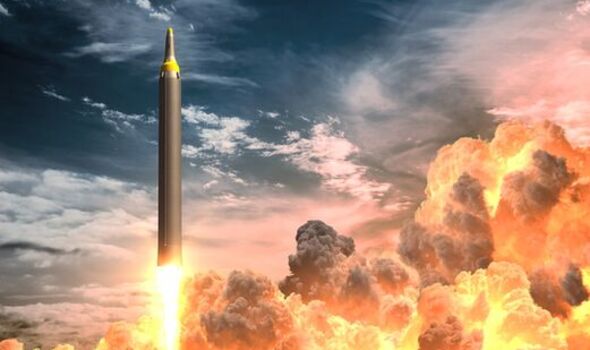 The first was fired at about 1:47am local time (16:47 GMT) and the second some six minutes later.

The official told Reuters that the missiles fell outside Japan’s exclusive economic zone, and authorities were looking into what type they were, including the possibility that they were submarine-launched ballistic missiles.

The US military said it was consulting closely with allies and partners following the launches, which it said highlighted the “destabilizing impact” of the North Korean nuclear arms and ballistic missile programs.

However, the US claimed that the latest launches did not pose a threat to US personnel or American allies.

The Hawaii-based US Indo-Pacific Command said in a statement: “The US commitments to the defence of the Republic of Korea and Japan remain ironclad.”

On Tuesday, North Korea test-fired a ballistic missile farther than ever before, sending it soaring over Japan for the first time in five years and prompting a warning to residents there to take cover.

Japanese Senior Vice Defence Minister Toshiro Ino said it is possible the missiles, which he said were fired just before 2:00am local time (17:00 GMT Saturday) and traveled 350 kms at a maximum altitude of 100 km, were launched from submarines, according to Kyodo news agency as quoted by AFP.

The incident was the seventh such launch since September 25.

The Japanese prime minister’s office also confirmed at least one of Sunday’s missiles on Twitter.