A spokesperson for the International Department of the ruling Workers’ Party of Korea (WPK) Central Committee lashed out at US authorities’ violent suppression of protesters nationwide. US President Donald Trump as well as some officials in his Administration justified the police brutality claiming the left-wing Antifa collective had been causing major damages.

The North Korean spokesperson, quoted by the Central Committee newspaper Rodong Sinmun, said: “Demonstrators enraged by the extreme racists throng even to the White House. This is the reality in the US today.

“American liberalism and democracy put the cap of leftist on the demonstrators and threaten to unleash even dogs for suppression.”

Mr Pompeo told Fox News on Sunday that the “threat” posed by the People’s Republic was its “doctrine and ideology.” 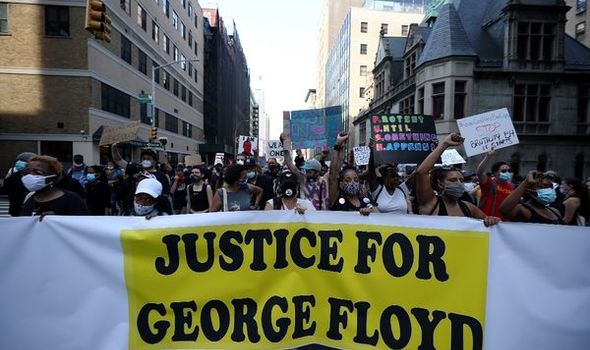 The official referred to Mr Pompeo’s claims as “nonsensical remarks,” adding that they shared similarities with he strategy against Pyongyang’s branch of socialism.

The spokesperson said Mr Pompeo had “become too ignorant to discern where the sun rises and where it sets.”

The official said his depiction of growing Chinese Communist Party dominance was a confirmation that its socialist influence had become stronger.

They added that the US top diplomat was “nervous over the plight of the US on the downhill side.”

The demonstrations follow the death of George Floyd, an unarmed black American citizen at the hands of a Minneapolis police officer. 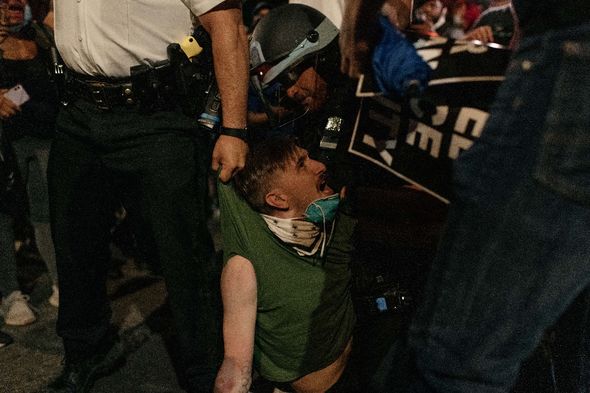 The protests extended across the country, including the capital, where protesters near St John’s church where notoriously repressed with excessive force from police using gas canisters.

Episcopal clergy who were showing their support to protesters said the church’s grounds were turned “into a battleground.”

Rev Gerbasi, the rector of nearby Saint John’s Episcopal church, said of the suppression: “I’m there in my little pink sweater, in my collar, my grey hair up in a ponytail, my reading glasses on, and my seminarian who was with me – she got teargas in her eyes.

“The police in their riot gear with their black shields and the whole bit start pushing on to the patio of St John’s Lafayette Square.” 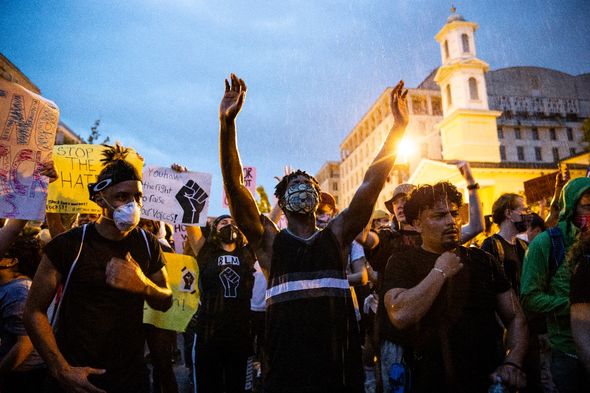 Rodong Sinmun and North Korean Cabinet newspaper Minju Choson have covered the death of Mr Floyd as well as the ongoing protests, making emphasis on the issue of systemati racism and police brutality in the US.

China has also covered the civil unrest in the US.

Chinese Foreign Ministry officials have shown their support towards with the Black Lives Matter movement and condemned US officials over their “double standards” in backing demonstrations in Hong Kong while violently suppressing those on US soil. 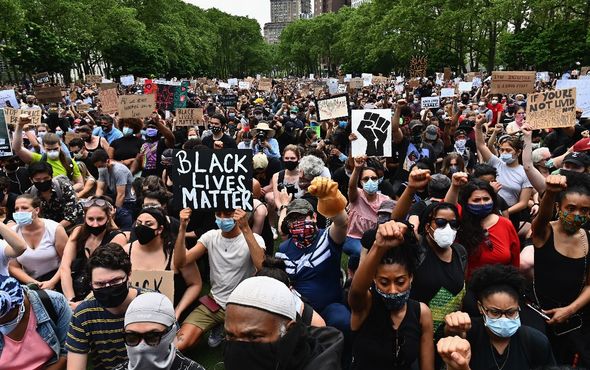 Other countries that spoke out about the current situation in the US include Russia, Iran, Syria and Venezuela.

The United Nations High Commissioner on Human Rights Michele Bachelet issued two statements on the issue, with the latest one on Wednesday urging the US government to condemn racism, avert excessive police force and stop violence on journalists.

The US has recently become more critical of China after tensions rose over geopolitical, economic and ideological disagreements.

Both countries have also lashed out at each other over their response to the coronavirus pandemic.

In a recent attack to Beijing, State Department spokesperson Morgan Ortagus on Wednesday expressed solidarity ”with the people of China who continue to aspire to a government that protects human rights, fundamental freedoms, and basic human dignity.”