Over 30,000 people fled the provincial capital in the Democratic Republic of Congo (DRC) following the first volcanic explosion and many more are expected to follow in light of recent fears the mountain may erupt again. On Saturday, molten lava cascaded downhill towards the city, home to around two million people, destroying 17 villages and ruining thousands of homes.

He said: “There have been more than 200 tremors in the past two days and, for residents of Goma, the impact of the eruption is not behind them.

“The earthquakes as well as the possibility of a new eruption continue to cause alarm as the risk to their lives and homes persist.

“With at least 500 homes destroyed, many are sleeping outside out for fear of buildings collapsing due to cracks.

“Families have been separated and more than 170 children are still feared missing.” 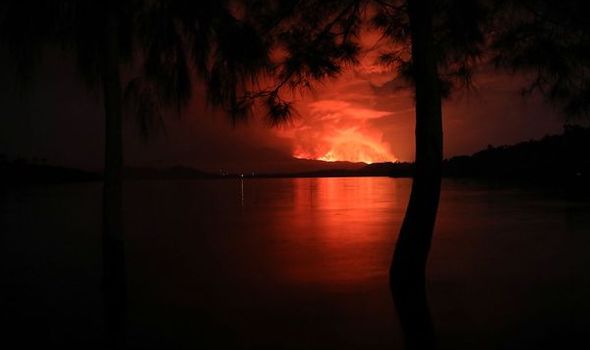 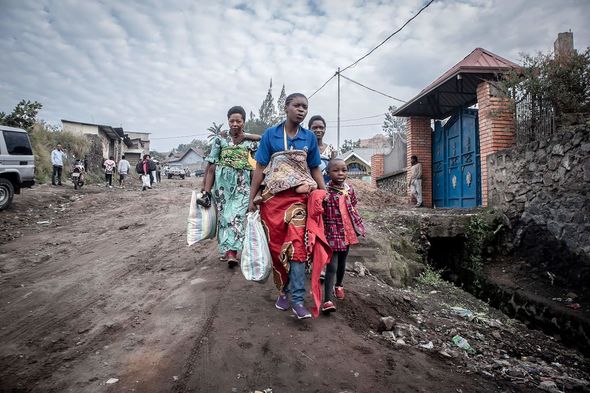 In the last few days, researchers have seen several warning signs preluding to a second eruption, including multiple cracks on the ground and the emission of gas.

In a public address, local military governor, General Constant Ndima, said: “Current data on seismicity and the deformation of the ground indicate the presence of magma under the urban area of Goma, with an extension under Lake Kivu.

“We can’t rule out an eruption on land or under the lake, which could happen very soon and without warning.

“The situation can change rapidly, and is being constantly monitored.”

According to the Goma Volcano Observatory there are four possible scenarios that could happen. 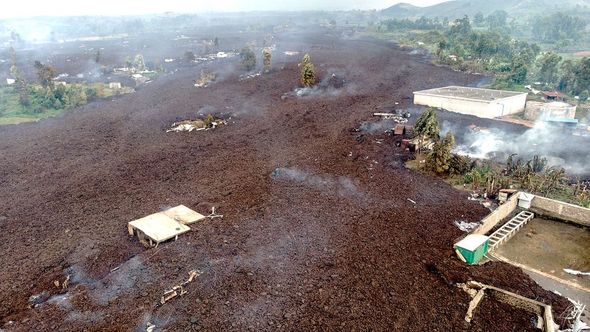 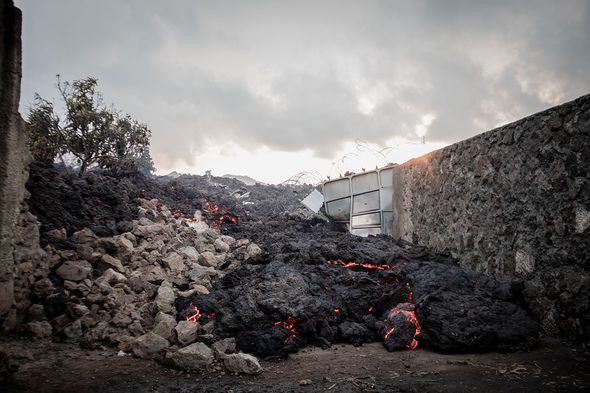 The first likely scenario is that a new eruption will occur on the volcano’s southern flank, leading new lava flows to entirely or partially destroy the cities of Goma and Gisenyi.

The second scenario similarly posits a southern flank eruption but with significantly greater impact as fissures would occur inside the cities with the possibility of lava reaching the shores of Lake Kivu around 20 km away.

Another scenario may see even greater fissures inside Lake Kivu which could cause the worst disaster yet.

Heat from a significant lava eruption in the lake could cause the deep water, containing dissolved CO2, to overturn, thus releasing a poisonous gas cloud into the atmosphere and killing thousands of people and animals in the lower elevations around the lake.

A fourth scenario suggests that no further eruption occurs and the seismic activity will gradually die down. 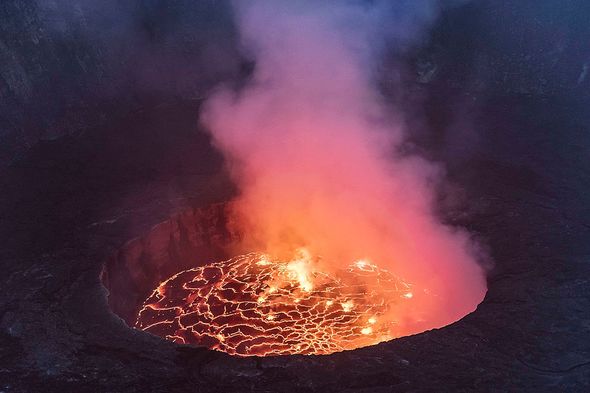 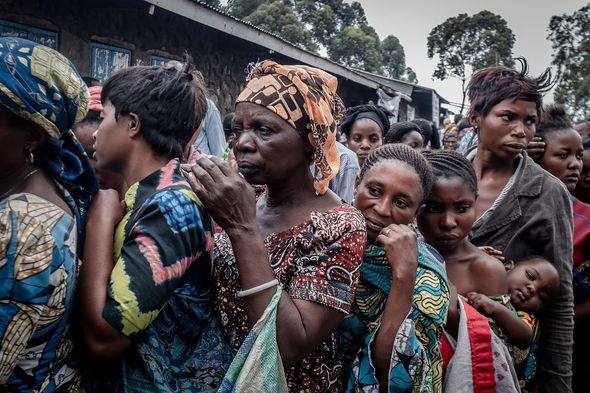 Mount Nyiragongo lies on the Eastern border of the DRC close to Rwanda, Uganda and Burundi.

With its 1.2km diameter summit caldera, Mount Nyiragongo contains one of the world’s largest and most active lava lakes.

The eruption on Saturday follows similar eruptions from the Central African Volcano in 1977 and 2002, the latter of which killed around 150 people and destroyed around 10 percent of Goma City.

The latest lava flow from the mountain stopped just 300 metres away from the capital’s airport – and at least 40 people are still missing.

Health officials have also warned that acid rain and volcanic dust are continuing to pose a health risk to the area.

Mr Jatta added: “The IRC is preparing a response to meet the escalating humanitarian needs in collaboration with the government and other NGOs.

“There is now a desperate need for an increase in funding through support from the international community.”