VATICAN CITY (Reuters) – Pope Francis presided at a “Way of the Cross” service held in an empty St. Peter’s Square on Friday because of the coronavirus outbreak and listened as both prisoners and their victims recounted their sorrows. 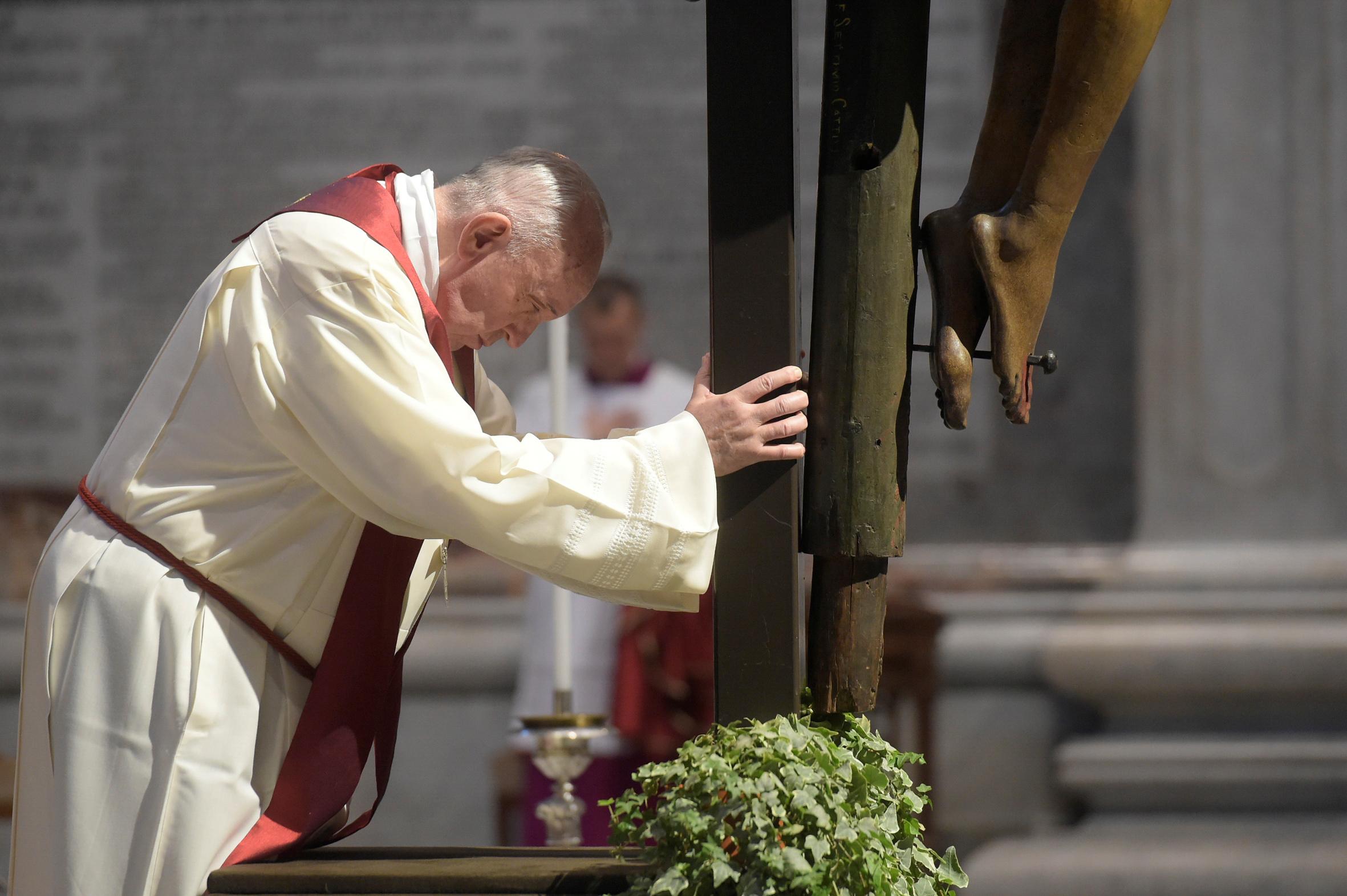 It marked the first time the procession, commemorating the last hours in Jesus’ life, was not held at Rome’s ancient Colosseum since the modern-day tradition was re-introduced by Pope Paul VI in 1964.

Francis watched from under a canopy on the steps of the basilica as 10 people – half from the Italian prison system and half from the Vatican’s health services – carried a cross and flaming torches towards him.

Speakers read meditations as the group stopped 14 times to mark each of the “Stations of the Cross” starting with the first when Jesus was condemned to death by Pontius Pilate to the last when he was buried in a tomb.

The meditations are written by different groups each year and this time they were penned by prisoners, including a murderer, from a jail in northern Italy, and prison guards, chaplains, and family members of both prisoners and victims.

“I committed an evil immensely greater than any of those that I had received,” said the meditation written by the murderer.

The meditation written by the parents of a murdered girl said “our condemnation to suffering will never end.”

Francis has often brought attention to the problems of prisoners, including overcrowding, and more recently he has expressed concern that the coronavirus would spread unchecked in jails.

“I became a grandfather in prison. I didn’t experience my daughter’s pregnancy. One day, I will tell my granddaughter the story of only the goodness I have found and not the evil I have done,” read another meditation.

The participants prayed before a wooden crucifix which is normally kept in a Rome church and brought to the Vatican for the special service.

According to tradition, a plague that hit Rome in 1522 began subsiding after the crucifix was taken around the streets of the Italian capital for 16 days in 1522.

Earlier on Friday, Francis prostrated himself on the floor of an empty St. Peter’s Basilica at a “Passion of the Lord” service – one of the rare times when the pope does not deliver a homily, leaving it to Father Raniero Cantalamessa, the preacher of the papal household.

Cantalamessa said the pandemic, which has killed nearly 19,000 people in Italy, should be a spur for people to appreciate what really matters in life.

“Let us not allow so much pain, so many deaths, and so much heroic engagement on the part of health workers to have been in vain. Returning to the way things were is the ‘recession’ we should fear the most,” he said.