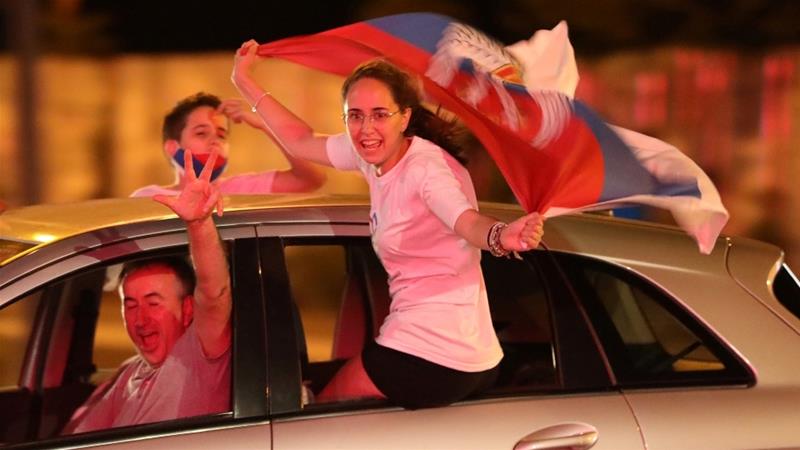 Montenegro’s pro-West party could be knocked from power for the first time in 30 years after a tight election gave a slight edge to opposition camps, results showed on Monday.

The Democratic Party of Socialists (DPS), led by President Milo Djukanovic, is still the biggest party after winning just over one-third of the vote, according to official results, but it was their worst performance since independence.

If their main pro-Serb rivals join forces with two other opposition blocs, DPS could be overthrown in the Adriatic nation of 620,000 people.

The DPS has never lost an election, with Djukanovic leading Montenegro since the collapse of Yugoslavia in the 1990s to independence from Serbia and more recently into NATO and towards the EU.

But this year the party faced a stiff challenge from an emboldened right-wing and pro-Serb camp that wants closer links with Belgrade and Moscow.

A period of intense and competitive coalition talks are expected to follow, with Djukanovic, in his role as president, responsible for handing down the first mandate.

In addition to long-running frustrations at a government accused of corruption and state capture, analysts attributed DPS’s weak showing to a law that sparked intense controversy with the Serbian Orthodox Church (SPC) and has dominated political debate for months.

Passed in late 2019, the religion law opened a path for hundreds of SPC-run monasteries in Montenegro to become state property.

This ignited huge anti-government protests, led by priests and backed by the pro-Serb opposition who accuse Djukanovic of trying to erase their heritage.

While Montenegro declared independence from Serbia in 2006, a third of its population identify as Serb and the SPC remains its largest religious institution, making debates around identity highly sensitive.

Throughout the church dispute, Djukanovic has sought to present himself as the guardian of Montenegrin nationhood, saying it was threatened by Serb nationalist forces.

Speaking at the party’s headquarters late on Sunday, he underlined that DPS had the “strongest” finish in the poll and that the “struggle for the majority is still on”.

But Zdravko Krivokapic, leader of the main pro-Serb alliance, announced triumphantly that “the regime has fallen”.

Supporters celebrated on Sunday night in the streets of the capital Podgorica, circling with cars, setting off fireworks and gathering in front of the main Orthodox church.

Leaders of the other main opposition parties were also ecstatic, with Dritan Abazovic from the liberal Black on White party declaring that the “Mafia will no longer rule Montenegro”. 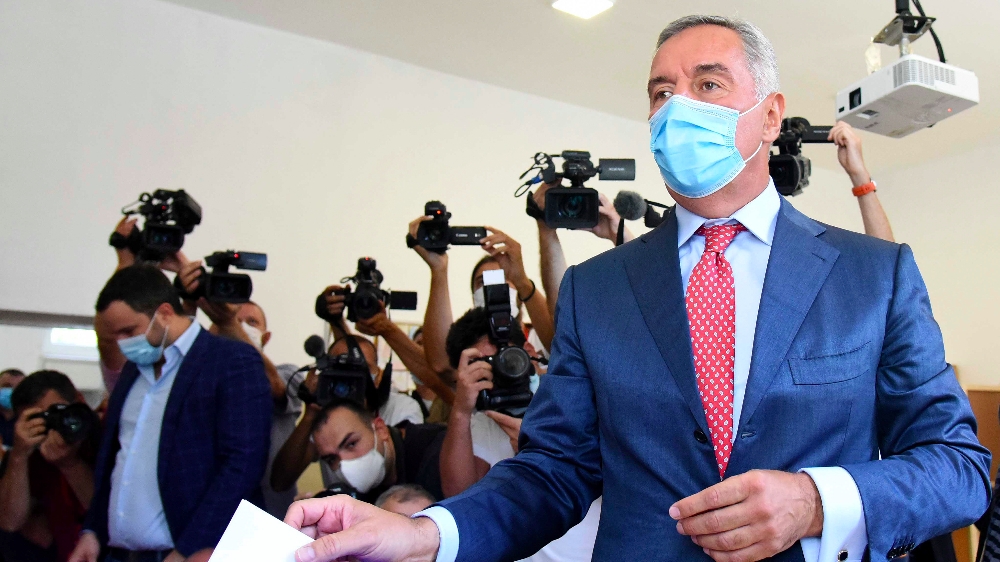 It remains to be seen if the opposition, who range from far-right Serb nationalists to a civic-minded liberal camp, can forge a working alliance.

Djukanovic, who is now serving his second term as president after four stints as premier, will not face election himself until 2023.

While he has won plaudits for making Montenegro a frontrunner in the Balkans on its path to joining the EU, Djukanovic’s critics accuse him of turning Montenegro into a personal fiefdom built on corruption and crime links.

The US-based Freedom House rights group recently downgraded Montenegro from a democracy to a “hybrid regime” under Djukanovic’s “strongman” rule.