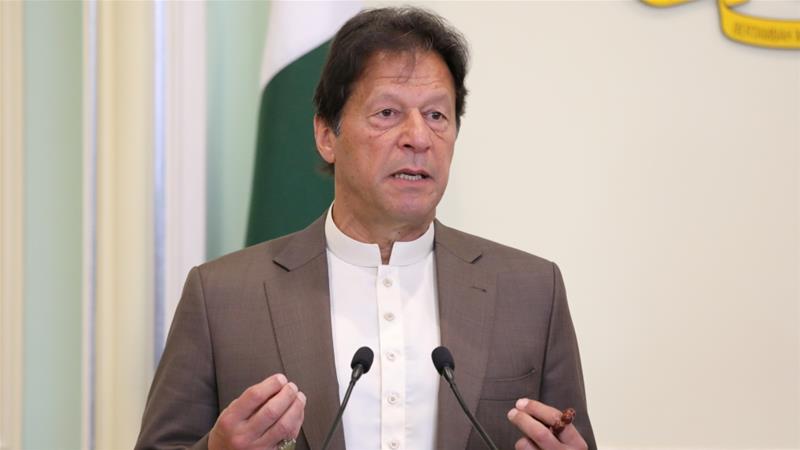 Islamabad, Pakistan – Pakistan is using a contact tracing system – developed by its intelligence services to combat terrorism – to fight the coronavirus, the country’s prime minister has said, as COVID-19 cases continue to spike in the South Asian country.

Pakistan’s Inter-Services Intelligence (ISI) service is supporting the government in tracing and tracking people who may have been in contact in with those who test positive for the virus.

“The ISI has given us a great system for track and trace,” said Pakistani PM Imran Khan on a live telecast of a telethon on Thursday. “It was originally used against terrorism, but now it is has come in useful against coronavirus.”

International rights groups such as Amnesty International have repeatedly accused the ISI of using its surveillance programmes to abduct rights activists alongside legitimate security targets.

Having an effective “track and trace” system would enable the country to continue to reopen businesses, Khan said.

“Track and trace is the best way [to combat the virus] and … this is the only way if you want to restart your businesses.”

Cases of the coronavirus in Pakistan have spiked this week, hitting at least 11,115 cases, with 237 fatalities and more than 2,527 patients having recovered, government data shows.

The Pakistani government began to ease its lockdown last week, opening up more than a dozen sectors of the economy in order to stave off spiralling unemployment.

The government has also launched an $8bn economic stimulus package, including funds for low-income families to be disbursed through $75 grants. So far, it has disbursed roughly $390m in funds to more than 5.2 million people.

The telethon on Thursday was meant to help fund the government’s welfare programme for low-income families, gathering more than $3.4m in contributions from individuals and organisations.

Concerns over relaxed rules for Ramadan

Last week, the government announced it would be allowing religious leaders to reopen mosques across the country, under a 20-point plan to ensure the physical distancing of worshippers at congregational prayers and special prayers during the Muslim holy month of Ramadan.

The agreement has been criticised by doctors’ unions in Pakistan, with a number of senior doctors calling on Monday for the decision to be reversed, as mosques could become a transmission pool for the virus.

On Thursday, PM Khan addressed those concerns by saying the government would re-evaluate the decision if religious leaders did not ensure that physical distancing was followed.

“If there are violations, and we find out that because people left the house and discipline was not enforced inside mosques, and the virus spreads, then we will close the mosques,” he said.