As if working mothers did not have enough to worry about, experts are now sounding the alarm that progress toward gender equality may be the latest in a long list of casualties of the coronavirus pandemic.

Substantial research has shown that most professional gender gaps are in fact motherhood gaps: women without children are much closer to parity with men when it comes to salaries and promotions, but mothers pay a large career penalty.

Women tend to take on more of the burdens of caring for children and the family. To go to work, they need someone to help with that care. But fathers have been slow to change their behavior. And without subsidies, private child care can be prohibitively expensive.

Workplaces already tend to penalize women who choose to work fewer hours or need more flexibility, and that, too, is proving to be exacerbated in the pandemic.

“The bottom line is that based on decades of research we know that there was one institution that was effective at limiting gender inequality and encouraging women’s participation in the workplace, and it was early childhood education,” said Claudia Olivetti, an economist at the University of Chicago. 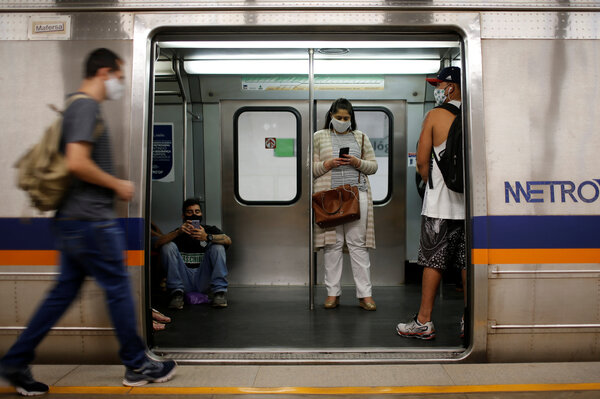 Now, the pandemic — and its hobbling of schools and child-care providers — is taking that away, too, piling pressure on working mothers, like me.

Around the world, working women are facing brutally hard choices about whether to stay home if they haven’t already been laid off. And the effect may be particularly severe in countries like the United States, where the pandemic is compounding inequalities that women already faced as a result of the lack of guaranteed paid maternity leave and affordable child care.

“The question,” said Dr. Olivetti, who studies gender inequality, “is how far back do we go?”

‘I tried for a week and I just couldn’t do it.’

Israel is both an example of subsidized child care’s power to narrow gender gaps at work, and a cautionary tale about how easily the pandemic can shatter that fragile progress.

The Israeli government provides free early childhood education from age 3, and means-tested day care for many babies and younger toddlers. As a consequence, before the pandemic, women’s overall labor force participation had reached 74 percent, significantly higher than the O.E.C.D. average of 66 percent, according to a recent report from the Taub Center for Social Policy Studies, an Israeli think tank. The gender wage gap, though persistent, was narrowing.

Then came Covid-19. Schools and day care centers closed in mid-March, and the child care that had allowed so many mothers to work was gone.

“The first impact is that the unemployment rate is growing faster for women than for men,” said Liora Bowers, the author of the Taub Center report. Women are a minority of Israel’s labor force, but make up 56 percent of those who have lost their jobs since the pandemic began.

Nor was the phenomenon the result of layoffs being concentrated in heavily female jobs: Ms. Bowers found that in 18 out of 19 industries, women filed for unemployment at higher rates than their representation in the industry.

Women already held more precarious positions in the work force — working fewer hours, for less money, with shorter tenures and in lower-ranking jobs than men. The loss of child care limited many working mothers’ hours and availability even further, meaning they were often the first to be selected for layoffs and unpaid leave, the report concluded. And it noted that many families appear to be deciding that if they need one parent to give up a job and prioritize child care, it should be the lower-paid parent — usually the mother.

Sveta Skibinsky Raskin, a mother of five who lives in Jerusalem, worked as a writer while her children were in school and day care. But when the schools closed, she had to stop. “I tried for a week and I just couldn’t do it,” she said. “I can’t work in an environment that constantly requires my attention.”

Even when schools reopened in May, they were too unpredictable to rely on, she said. As we spoke, her two oldest children were self-isolating at home after some classmates tested positive for the virus. Now, with the country back in lockdown to combat a second wave, and schools closed once again, “a lot of women are having to make difficult choices,” she said.

It is likely to be worse in the United States.

Before the pandemic, many American mothers were effectively forced to stop working for some period of time because they could not afford paid child care. And research shows that the longer a woman is out of the work force, the more severe the long-term effects on her earnings will be.

A 2018 study by the Institute for Women’s Policy Research found that an employment gap of four years or more leads to a whopping 65 percent reduction in annual earnings, compared with a 39 percent decrease after a one-year break. As school closures force women out of the workplace for a year or two more than planned, that will have lifelong consequences for their financial stability.

A July report from McKinsey Global found that in the United States, where women made up 43 percent of the work force, they accounted for 56 percent of Covid-related job losses — though it is unclear how much of that is specifically because of day-care and school volatility.

By contrast, Sweden, which heavily subsidizes day care and has one of the highest rates of female labor participation in the developed world, has kept schools and day-care centers open throughout the pandemic. Although this has been questionable as a public health strategy — Sweden’s death rate from the virus has been higher than its neighbors — it has allowed working parents to avoid the burdens of lockdown.

Although data is scarce, the government predicts that Swedish men are more vulnerable to Covid-related unemployment than women.

Hard choices for rich women. Impossible ones for the poor.

As with most social phenomena, this plays out differently for wealthy women than for poor ones. Research shows that when high-earning couples have children, they tend to divide responsibilities, with one parent stepping back from a career to take on the increased care duties, and the other making work a priority — and in heterosexual couples it is usually the mother who steps back.

Once on the “mommy track,” women make less money and have fewer opportunities for advancement. “If the woman is the secondary earner then it is less costly at the margin to cut her hours” when a crisis like the pandemic hits, Dr. Olivetti said.

The latest on how schools are reopening amid the pandemic.