The PIA Airbus 320 is said to have hit four to five houses in the Kaziamabad-Model Colony after the plane came crashing down with 107 people onboard, 99 passengers and 8 crew members. Horrific video footage shows black smoke filling the area where Flight PK8303 went down. The minister of Health & Population Welfare has declared an emergency in all major hospitals of Karachi due to the plane crash, according to Meeran Yousuf, the media coordinator to the Sindh health minister, according to Pakistan media.

Fakhr-e-Alam added: “Fire trucks are at the sight. Rescue operations are underway for PIA Airbus A320 crash site in Karachi. It is a congested urban area.

“This has been a terrible year all around. The wreckage and homes remain on fire with jet fuel.”

There have been no confirmed fatalities. 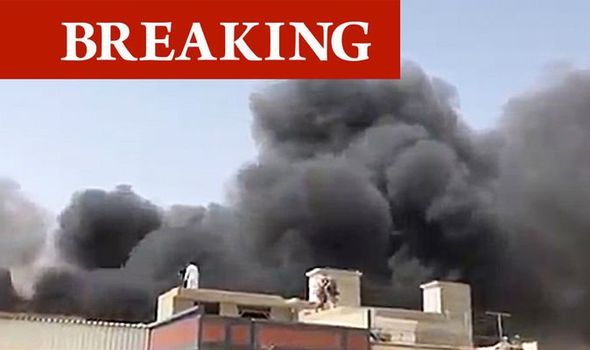 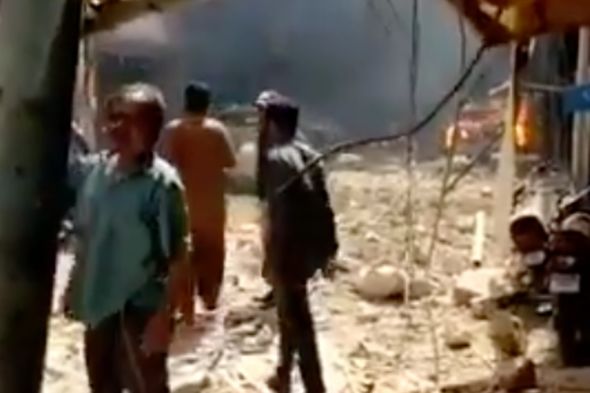 The Pakistani army said its quick reaction force and paramilitary troops have reached the site for relief and rescue efforts alongside civil administration.

Local TV station Geo showed crowds near the scene which appeared to be a densely populated area and ambulances trying to make their way through.

It also showed black smoke billowing from the scene.

A spokesperson for the Pakistan Armed Forces said helicopters have been flown for damage assessment and rescue efforts. 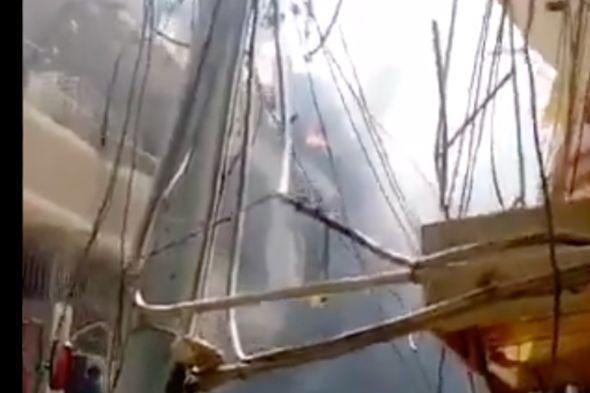