Mumbai has struggled to contain the spread of the coronavirus, and has more than 3,000 cases. 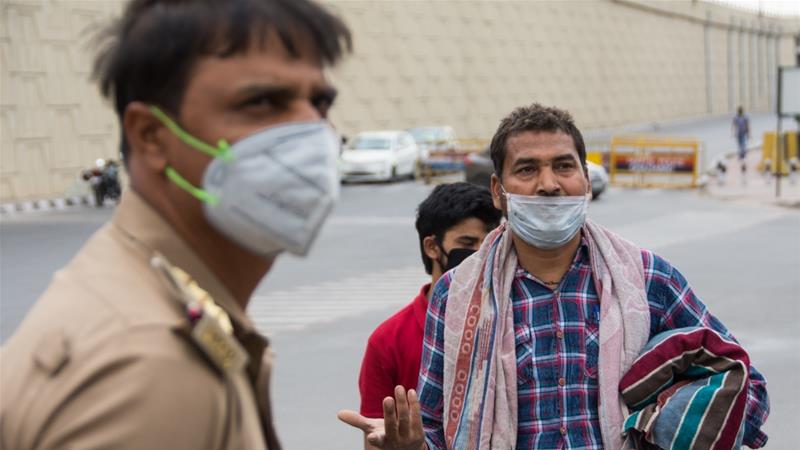 A plan to give the anti-malarial drug hydroxychloroquine to thousands of people in Mumbai’s crowded slums to prevent coronavirus infections has temporarily been shelved.

On Wednesday, Indian health officials in Mumbai said that a test to prove the efficacy of the much-touted but largely untested drug was still in the cards, but for now, they would follow government guidelines.

India, which reached a grim milestone of more than 1,000 deaths from the virus on Wednesday, is one of a few countries pushing for the use of hydroxychloroquine, or HCQ, as a precautionary measure among high-risk groups such as healthcare workers or people who have come in close contact with COVID-19 patients.

Mumbai, one of the world’s most densely populated cities, has struggled to contain the spread of the virus, and has more than 3,000 cases.

In Mumbai slums like Dharavi, which is Asia’s largest, social distancing is nearly impossible.

The state government had said it would conduct a clinical trial to test the effectiveness of HCQ on slum residents.

But experts pointed to the scant evidence for the efficacy of the drug and the risks it poses, and questioned the ethics of using HCQ on a vulnerable population.

The state government has now said that HCQ –  which has been touted by President Donald Trump – can be given only after patients consent to taking it while knowing the risks involved.

It added that adverse reactions need to be immediately reported to authorities, and that doctors must sign off on giving the drug to those with heart ailments, diabetes or blood disorders.

But concerns remain over India’s policy of using the drug as a precautionary measure.

On March 22, India’s National Task Force for COVID-19 issued a statement saying its decision to allow the use of the drug was based on “risk-benefit considerations under exceptional circumstances” and was “derived from available evidence of benefit as treatment and supported by pre-clinical data”.

After the statement was issued, health workers in Mumbai, like other parts of India, began taking HCQ. The drug was also given to healthy police officers in the city.

But experts say there is no evidence the drug is a preventive tool against COVID-19. Even for the treatment of diagnosed patients, HCQ has shown no benefit.

An analysis of 368 patients in US veterans’ hospitals published earlier this month reported more deaths among those given the drug versus standard care.

“If there is no evidence … why are scientific bodies pushing this drug and giving the impression to the public that there is a magic bullet, and this is your last hope?” said Dr Shriprakash Kalantri, an epidemiologist in the west Indian state of Maharashtra.