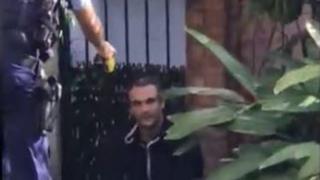 Australian police will review the arrest of an Indigenous man after footage showed him being repeatedly tasered by an officer in Sydney.

Kris Bradshaw, 32, was suspected over the theft of a bag when two officers cornered him near bushes on Monday.

Video of the arrest shows Mr Bradshaw on his knees before he is ordered to “get on the ground” by a male officer, who then pulls him up and tasers him.

New South Wales Police will investigate whether the actions were justified.

“I had a conversation with the commissioner and he’s undertaking a review,” New South Wales Premier Gladys Berejiklian told reporters on Tuesday.

The officer uses his taser while he and a female officer attempt to force Mr Bradshaw to the ground.

“What are you doing?” the man says, clutching his neck. “Are you kidding me? I’m not even fighting you.”

Mr Bradshaw faced a court on Tuesday charged with intimidating police, resisting arrest and trespassing. He is expected to apply for bail on Friday, Australian media reported.

Recent protests stemming from the Black Lives Matter movement have highlighted the treatment of Indigenous people by police in Australia.

Earlier this month, New South Wales Police said it was investigating the arrest of Aboriginal boy who was tripped to the ground by an officer.

Last week, South Australia Police said it would review a video of an officer who was filmed appearing to strike an Aboriginal man during an arrest.

Indigenous people comprise almost 30% of Australians in jail but less than 3% of the national population, according to the Australian Bureau of Statistics.

More on the treatment of Aboriginal people in Australia: 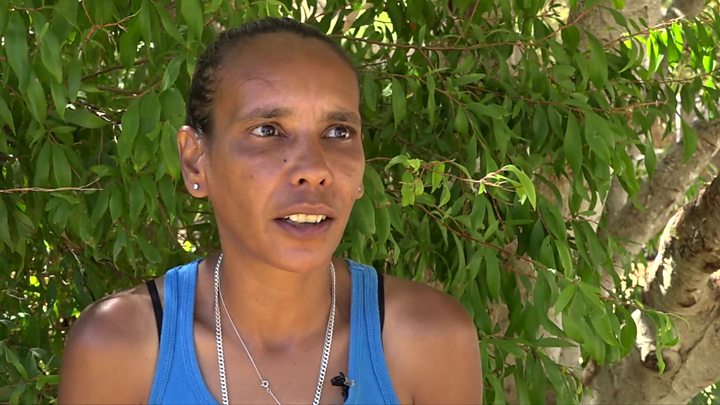