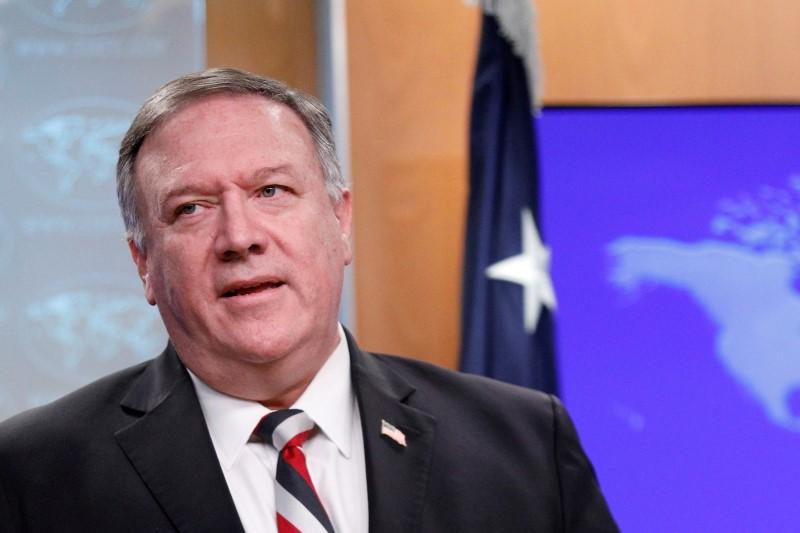 WASHINGTON (Reuters) – U.S. citizen Michael White who has been detained in Iran since 2018 has been released on Thursday on medical furlough, U.S. Secretary of State Mike Pompeo said, adding that the U.S. navy veteran was currently under the custody of the Swiss government.

“His release on humanitarian grounds was conditioned upon him staying in Iran.  Michael is now in the custody of the Swiss embassy and will undergo medical testing and evaluation,” Pompeo said in a statement.

On Tuesday, Pompeo in a press conference said Tehran was considering freeing some U.S. citizens and urged them to do so as a humanitarian gesture because of coronavirus. Iran has reported 16,169 coronavirus cases and 988 deaths in one of the worst national outbreaks outside of China, where the pandemic originated.

It is not clear exactly how many Americans Iran may hold, but they include father and son Baquer and Siamak Namazi and possibly Robert Levinson, a former FBI agent missing since 2007.

The United States said it has offered humanitarian help to Iran as it dealt with the coronavirus, but said it would maintain its maximum-pressure campaign to choke off Tehran’s ability to export its oil. It has blacklisted new companies earlier this week on companies for engaging in “significant transactions” to trade in Iranian petrochemicals.

The pressure campaign on Tehran, instituted after President Donald Trump in 2018 unilaterally withdrew from the 2015 nuclear deal Iran struck with six major powers, aims to force Iran to limit its nuclear, missile and regional activities.