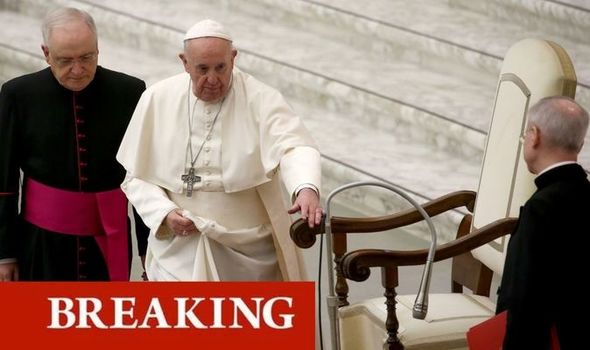 Cardinal Konrad Krajewski, 57, a Pole who manages Pope Francis’ charities and has the title of the Vatican’s almoner, was hospitalised for treatment of the onset of pneumonia.

Italian Cardinal Giuseppe Bertello, 78, the governor of Vatican City, tested positive and is believed to be in self-isolation in his home in the Vatican, the source said.

It was not immediately clear if either or both attended an event on Monday at which members of the Vatican’s central administration, known as the Curia, exchanged Christmas greetings with the pope. There was no official Vatican confirmation of the two cardinals’ test results.

Krajewski spends much of this time on the streets outside Vatican City helping Rome’s homeless population. At the request of the pope, he has set up a clinic, bathing facilities and other services for the homeless just off St. Peter’s Square.

He is also very active with Italian charities that help the poor and homeless throughout Italy.

Italy, the first Western country hit by the virus, has seen 69,214 COVID-19 fatalities since its outbreak emerged in February, the highest toll in Europe and the fifth-highest in the world. It has also registered some 1.96 million cases to date.

In September, Cardinal Luis Antonio Tagle, a Filipino who heads the Vatican’s missionary arm, tested positive and went into isolation but is believed to be in good heath now.

During the first wave of the pandemic last spring, more than a dozen Swiss Guard tested positive as well as a person who lived in the same guest house where the pope resides.

Andrea Arcangeli, the head of the Vatican’s health services, said earlier this month that the city-state will start vaccinated residents and staff members early in the new year.