VATICAN CITY (Reuters) – Pope Francis, holed up in the Vatican by Italy’s coronavirus epidemic, held his first virtual general audience on Wednesday, thanking medical staff but urging the world not to forget the plight of Syrian refugees. 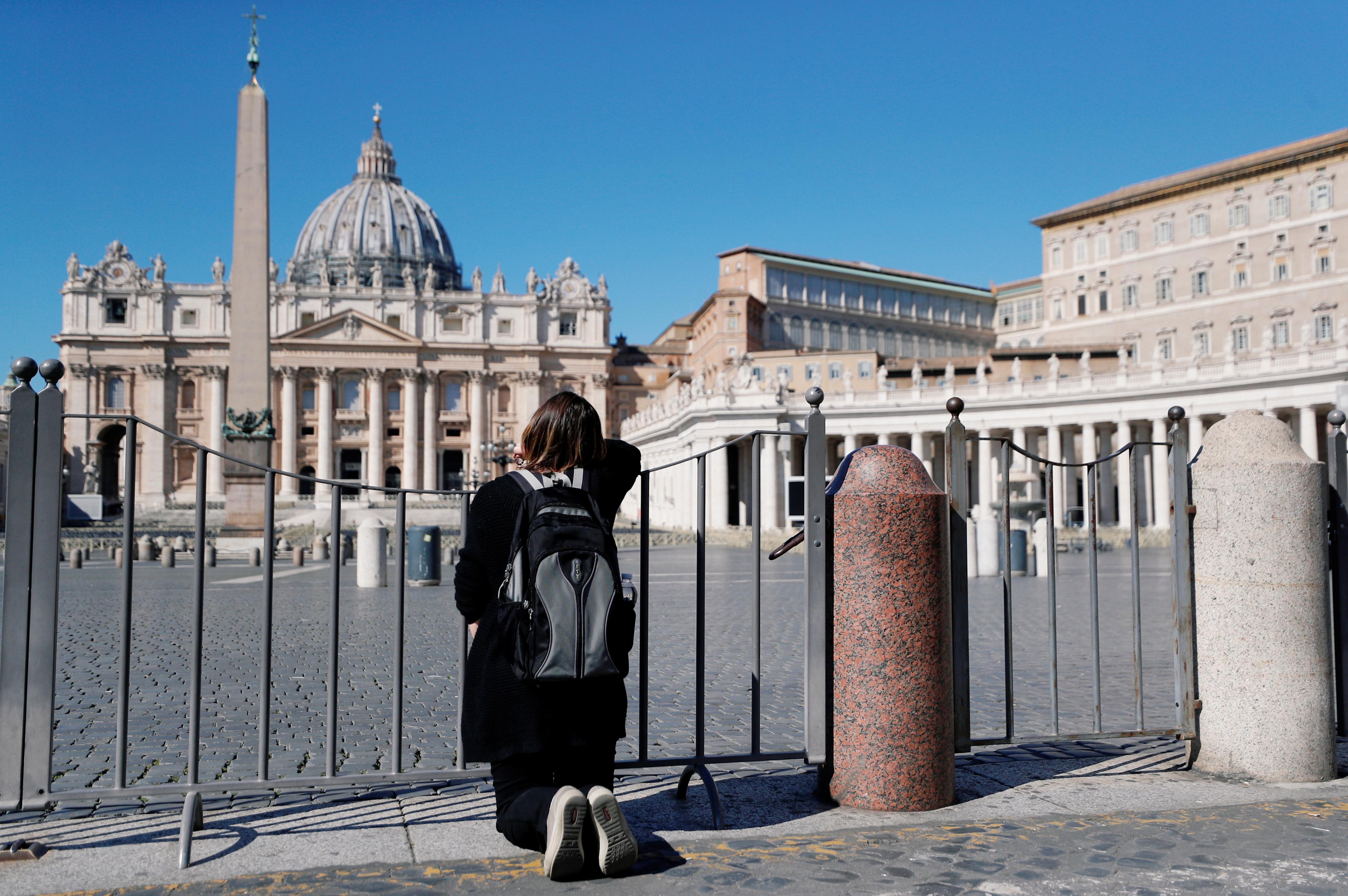 Most of Francis’ general audiences are held in St. Peter’s Square and attract tens of thousands of people.

But the square was empty on Wednesday as the Vatican, which is surrounded by Rome, adhered to a national lockdown aimed at stopping the virus by outlawing gatherings in public.

Francis and ten priests, some of whom translate his words into other languages – all sitting in a horseshoe pattern of chairs with space between them – gathered in the official papal library for an audience that was streamed on the internet and broadcast live on television.

The 83-year-old pontiff thanked medical staff and volunteers laboring “in this very difficult moment”. Italy is the worst-affected country in the world after China, with some 631 deaths and 10,149 confirmed cases.

But, speaking without prepared remarks, he said that “this pain, this epidemic,” should not make the world forget about Syrian refugees on the Greek-Turkish border.

“They are a people who have been suffering for years. They have to escape from war, hunger and illness. Let’s not forget our brothers and sisters, so many children who are suffering there,” he said.

Tens of thousands of migrants have been trying to get into Greece, a European Union member state, since Turkey said on Feb. 28 it would no longer keep them on its territory as part of a 2016 deal with Brussels in return for EU aid for the refugees.

He thanked believers of all faiths who were praying for an end to the epidemic. “All united, regardless of which religion they belong to. Heartfelt thanks for this effort,” he said.