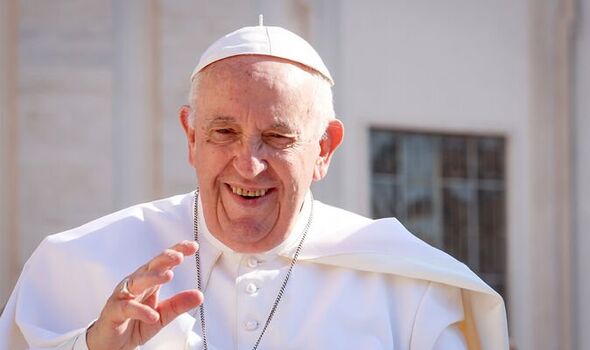 Pope Francis published on Wednesday a plan to avoid marital breakdowns. Under the proposal, preparations will not be limited to five quick “informative” sessions with the parish priest, but a personalised itinerary.

In the upcoming months, the Church will propose to those who want to get married a “Catechumenal itinerary for married life”, which could last between one and two years.

It will be given by priests and experienced couples, and it will also include meetings after the wedding to help deal with the first difficulties.

According to the Pope, the current preparation is “too superficial” and “couples run the risk of being built on such a weak foundation that it ‘crumbles’ in a short time and cannot withstand even the first inevitable crises”.

In the itinerary of the Pope’s plan, he wrote that “failures bring great suffering and leave deep wounds in people”.

He added: “They become disillusioned, embittered and, in the most painful cases, even end up no longer believing in the vocation to love.”

The Pope noted that paradoxically, “the Church spends a lot of time, several years, preparing candidates for the priesthood or religious life, but spends little time, only a few weeks, on those preparing for marriage”.

Spanish news outlet abc.es wrote the new proposal “has caught everyone by surprise”.

The Vatican’s divorce proposal is structured in three stages: preparation for marriage (remote, proximate and immediate); the celebration of the wedding; and accompaniment of the first years of married life.

In addition, Pope Francis insisted another document will be published soon with “concrete pastoral methods and possible itineraries of accompaniment, dedicated specifically to those couples who have experienced the failure of their marriage and are living in a new union”.

The document does not set out the contents of the course, but proposes to the bishops’ conferences “some general principles” so that they can adapt theirs to the persons concerned.

The text, prepared by the Dicastery for the Laity, Family and Life, aims to help couples to think about their future, and to make an adult, mature and conscious decision, not based on “custom”.

It will not limit itself to the presentation of religious or moral questions, but will address the reality of each couple.

Russia braces for new blow as Ukraine ‘within striking distance’

Pope Francis said in 2015 that divorce was sometimes “morally necessary”, in a major departure from previous Pontiffs.

In a general audience at the time, he said: “There are cases in which separation is inevitable.

“Sometimes, it can even be morally necessary, when it’s about shielding the weaker spouse or young children from more serious injuries caused by intimidation and violence, humiliation and exploitation, neglect and indifference.”

The Church stressed it needed to learn how to best help these families to avoid children becoming “hostages of daddy or mummy.”

In a letter to bishops, he praised a document they had written that said priests could in some cases offer the “help of sacraments” to Catholics living in “irregular family situations” as part of a broader effort to support and integrate divorced and remarried Catholics into the life of the church.

He said at the time: “The document is very good and completely explains the meaning of chapter VIII of Amoris Laetitia. There are no other interpretations.

“And I am certain that it will do much good. May the Lord reward this effort of pastoral charity.”