The tiny island forms part of the Vanuatu chain in the South West Pacific and its people developed an unlikely relationship with the Duke of Edinburgh who died today at the age of 99. People in the village of Yaohnanen believe the Duke descended from their spirit ancestors and worship him like a god, possessing framed photos of Philip and praying to him to one day “return to heal the land”.

They might think he is preparing to come ‘back’ to Tanna, in some form, spiritually or bodily

The Prince Philip Movement believes the Duke was the pale skinned son of a mountain god who travelled overseas to marry a powerful woman, and would one day return to their tribe on the 25-mile long island more than 9,000 miles from the UK.

The sect is thought to have been established in the 1950s or 1960s but was greatly strengthened when Prince Philip and the Queen visited Vanuatu on official duties in 1974.

Islanders believed Philip’s decision to retire in 2017 triggered a tropical cyclone and claimed the announcement that he was to step away from royal duties reduced the chances he would visit again, which was reflected in the weather. 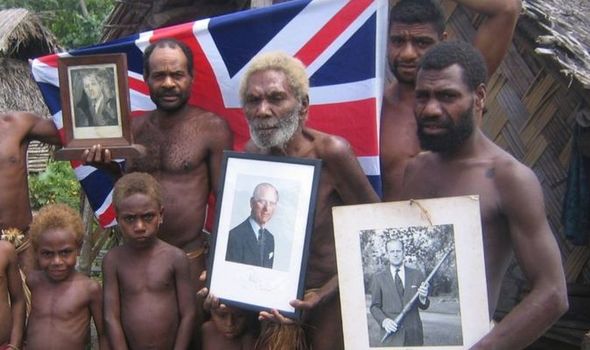 They said Prince Philip’s return to the island would have resulted in a change of fortune.

Imanourane tribal chief Jack Malia declared at the time: “If he comes, the people will not be poor, there will be no sickness, no debt and the garden will be growing very well.

“We still believe he will come but if he doesn’t, the pictures I am holding, they mean nothing.” 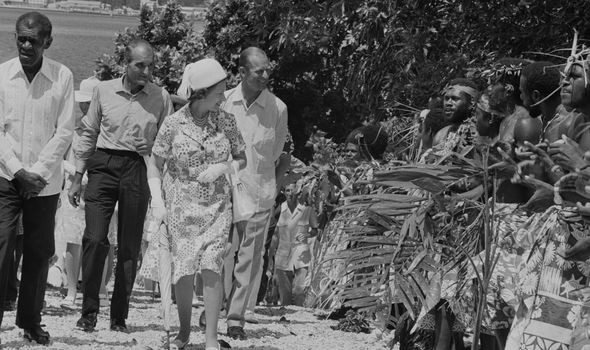 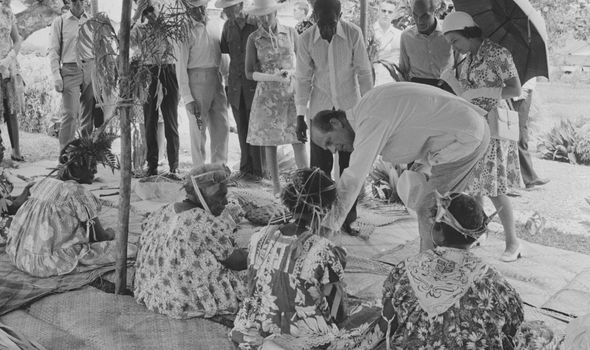 Journalist and author Matthew Baylis, who has spent time living with the tribe, told The Telegraph: “They told me that they see Philip’s living in palace, surrounded by guards, and travelling in a car with darkened windows, as evidence of his taboo status.

“They may well see his withdrawal from public duties as connected to that – having attained some higher rung of taboo, sacred status.

“Equally, they might think he is preparing to come ‘back’ to Tanna, in some form, spiritually or bodily.”

Prince Charles visited Vanuatu in 2018, where he was made High Chief and took a sip from a cup of special kava which was said to be reserved for special occasions, only last consumed when the Duke of Edinburgh visited 44 years previously.

Buckingham Palace announced the Duke’s death just after midday, issuing a statement that spoke about the Royal Family joining with people across the globe to grieve.

Philip became an international figure when he married the Queen more 70 years ago, and his death was marked with tributes from world leaders, foreign royal families and charities he supported.

The palace said in a statement: “It is with deep sorrow that Her Majesty the Queen announces the death of her beloved husband, His Royal Highness the Prince Philip, Duke of Edinburgh.

“His Royal Highness passed away peacefully this morning at Windsor Castle.

“Further announcements will be made in due course.

“The Royal Family join with people around the world in mourning his loss.”

No further details were released about the circumstances of his death. 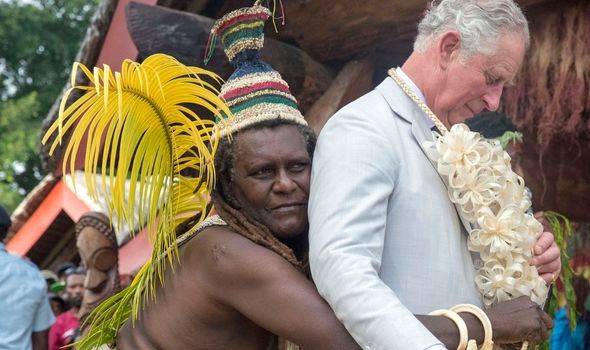 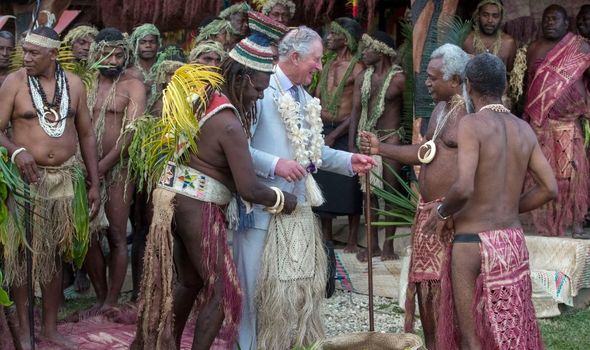 The announcement of Philip’s death reflected tradition and modern times, with the statement tweeted on the Royal Family account and also a framed notice attached to the railings of Buckingham Palace for a short period.

Philip’s funeral is expected to take place at St George’s Chapel, Windsor, but during England’s national lockdown, services can only be attended by a maximum of 30 people.

Union flags have been flying at half-mast at all royal residences as a mark of respect and Westminster Abbey – where the Queen and Philip married on November 20, 1947 – tolled its tenor bell once every 60 seconds, 99 times.

A period of mourning will now take place and any planned official royal events that fall within this period will be postponed.