Quoting sources from the country’s defence intelligence, the Ukrainian Channel 24 reported that local leaders of the annexed Crimea, Sergei Aksyonov and Vladimir Konstantinov, left the area on Tuesday night. Crimea has been the target of multiple attacks over the past two weeks, with explosions destroying military bases, ammunition depots, aircraft, and transportation facilities.

Prior to escaping, the two Russian leaders received a call from Moscow officials informing them that their lives are no longer safe while they stay on the peninsula, according to the report.

Aksyonov is the Head of State of the Russian-occupied, but internationally unrecognised, Republic of Crimea, annexed in 2014, while Konstantinov is the Chairman of the State Council.

The two Russian politicians reportedly left in guarded cars and took their wives, children, and mistresses with them, the report added.

Staff from their offices reportedly destroyed official documents during the night that the leaders were evacuated.

The Ukrainian special services reportedly do not yet know where the two Russian politicians are at the moment, although intelligence sources claim that there is “no talk of returning”. 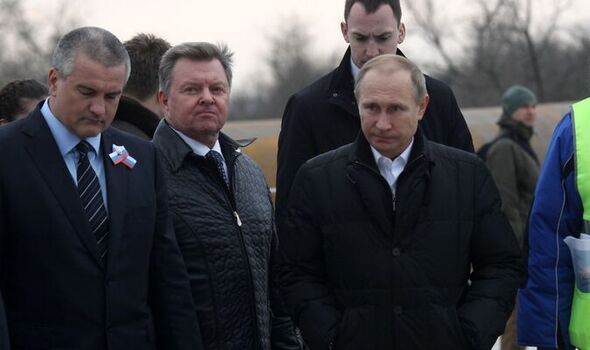 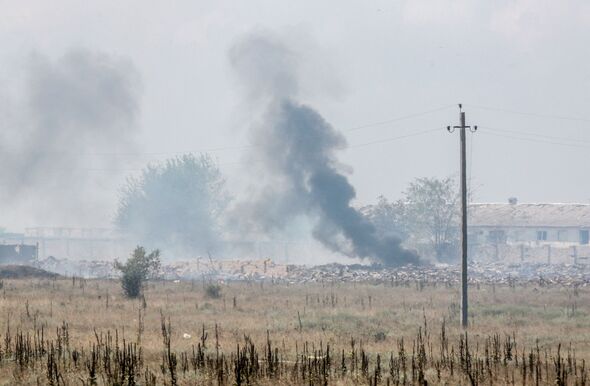 An intelligence source told Channel 24: “Subordinates of the ‘premier’ destroyed documents all night.

“At present, the families of the ‘politicians’ are in Rostov, where they settled in one of the hotels. Actively flood fear in local restaurants and celebrate their own salvation. There is no talk of returning to the peninsula yet.”

In order to carry out their escape, Russian officials blocked the Crimean bridge from Tuesday night until Wednesday morning citing the alleged threat of an “attack” from Ukraine.

The officials banned cars from driving on the bridge until 6am on Wednesday.

The Channel 24 report at the time read: “The Russians started rumours: ‘Ukraine may be shelling’. They say that air defence will work, so the bridge is being closed to ‘protect people from debris’.” 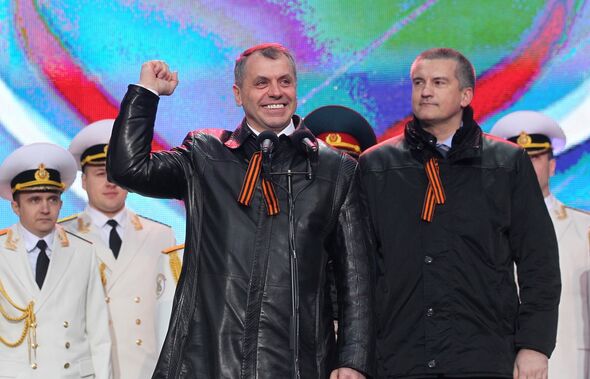 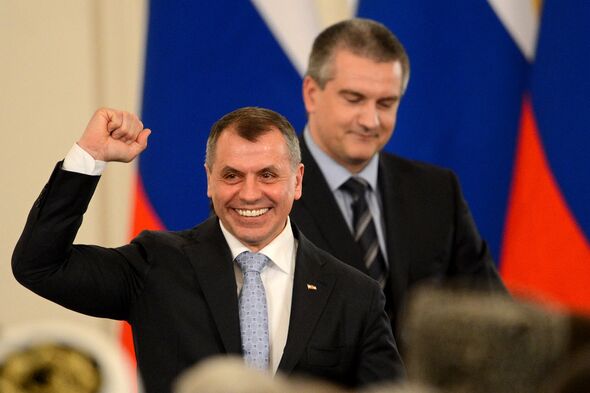 However, it was suspected since then that Aksyonov and Konstantinov were planning their evacuation.

Meanwhile, at least four explosions hit the major Russian military airport Belbek on the peninsula on Thursday, in a barrage of attacks against Putin’s forces in the area.

The airport is located north of the Black Sea fleet’s headquarters in Sevastopol. It came after the UK MoD labelled Russia’s capabilities “significantly degraded” following a strike at a key naval aviation base.

Although Ukraine hasn’t publicly claimed responsibility for the attacks, the US and its allies, including the UK have provided the country with a large amount of heavy artillery that would enable such strikes.