The Antonivskyy Bridge, in southern Ukraine, was the only bridge in the city of Kherson that Russian forces could use to resupply their men across the Dnipro River. However, last night, Ukraine hit the bridge with several massive strikes, reportedly using HIMARS artillery. Images emerged today show the bridge has likely been rendered unusable for the time being.

Russian authorities have confirmed the bridge has been closed to civilians, however they claimed that it maintained its structural integrity.

Kirill Stremousov, deputy head of the Russian-imposed Kherson administration, said: “Traffic on the bridge is blocked. Indeed, another HIMARS strike was launched during the night.

“We have provided for all things like this, and in fact there are several ferry crossings.”

He added that a railway bridge upstream had also been damaged by strikes and was being repaired. 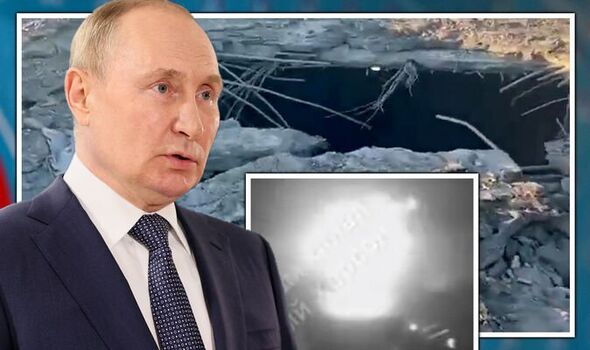 A Western official said that the bridge had been rendered “completely unusable” for now.

However, a spokesperson for the Ukrainian armed forces noted they took care not to completely destroy the bridge.

She said: “I will note that we appreciate everything that is in our country, even when it is under occupation. There were strikes, but they were intricate.”

Video footage shows large holes in the surface of the bridge, likely making it unsafe for large military vehicles to cross. 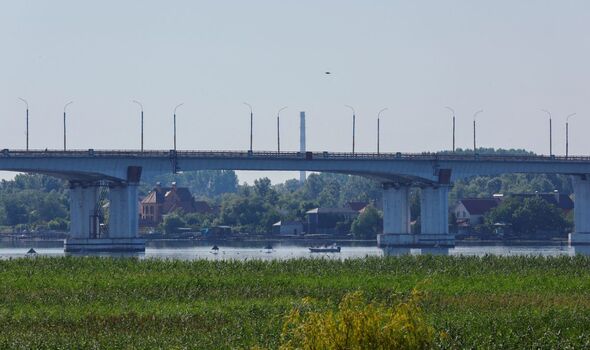 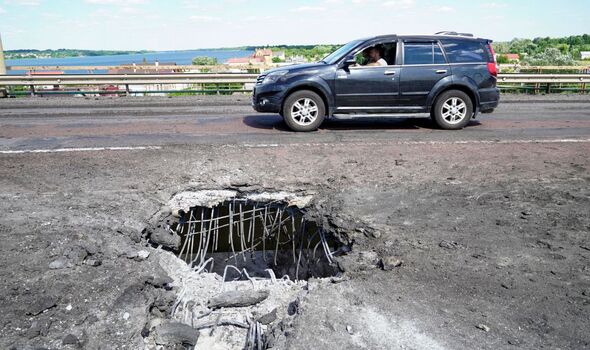 The bridge is especially important for Moscow as it is the best way to resupply Kherson, which is facing a Ukrainian counter-offensive. Russian forces there have reportedly begun preparing the city for an impending urban warfare battle.

The Dnipro River is quite wide, up to 1,300 feet in places. It could be extremely difficult for Russian engineers to bridge across the river. Even if they did attempt to cross, they would be prime targets for Ukrainian artillery.

The news of the strikes comes as Moscow vowed to hold a referendum in Kherson in an attempt to annex the region into Russia. Moscow wants to hold the referendum almost immediately despite facing a Ukrainian counter attack and partisan resistance there.

Krilli Stremousov said on his Telegram channel: “We want to say that no matter what you do, criminal responsibility, intimidation, information terror, there will still be a referendum in the Kherson region that will clearly define the region as part of the Russian Federation. 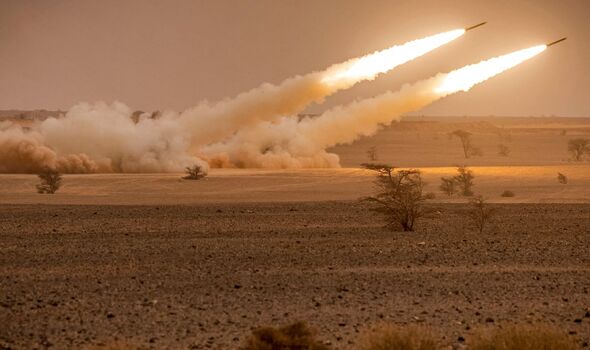 “After the referendum takes place, we will become [part of] the Russian Federation, it will be another history, another country.”

According to the Russian state linked TASS News Agency, preparations for a referendum for Kherson to join Russia are already underway.

Although any referendum would not be recognised by the international community, it could allow Russia to claim that the Ukrainian counteroffensive was against Russia proper.

It is unclear how Russia would react in that situation and what, if any, escalation would occur.