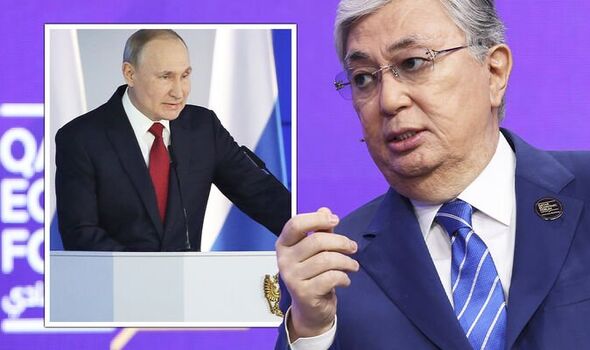 The invasion of Ukraine has marked a growing rift between the two former Soviet nations, which culminated in Russia halting the flow of oil from the central Asian nation to the Black Sea on July 4. The Russian despot has been accused of hardening his stance towards the pariah nation’s allies as well as the West.

“For example, within the Eurasian Economic Union, Russia has unilaterally decided to cut wheat exports without asking us. I would no longer describe relations between Russia and Kazakhstan as friendly. And they are going to get worse.”