MOSCOW (Reuters) – Russia marked 75 years since the Soviet victory over Nazi Germany in World War Two on Saturday, but the coronavirus outbreak forced it to scale back celebrations seen as boosting support for President Vladimir Putin.

Clad in a black rain coat, a sombre-looking Putin laid a bouquet of red roses at the Eternal Flame war memorial outside the Kremlin walls after a brief downpour in the Russian capital.

“We will certainly celebrate this anniversary extensively and solemnly, as usual,” Putin said, pledging that Russia would hold its traditional Red Square military parade and commemorative processions at a later date.

Guards from the Kremlin Regiment marched past after he had spoken as a military band played the Russian national anthem.

A group of fighter jets left a trail in the sky in the colours of the Russian national flag. In the absence of the usual ground parade, state television broadcast a replay of last year’s Red Square parade.

Putin in previous years has basked in national pride watching Russian tanks rumble across the square with world leaders by his side. But a recent poll gave him his lowest approval rating in more than two decades, albeit a still high 59%, and the country’s economy is slipping into a deep downturn.

Moscow and other regions have observed lockdowns since late March to try to stem the spread of the novel coronavirus, which has infected 198,676 Russians so far. The number of cases overtook French and German infections this week to become the fifth-highest in the world.

Some Muscovites decided to try to hold their own celebrations despite the lockdown.

More than 10 people, including municipal lawmakers, were detained on a Moscow square as they sang to accordion music to celebrate Victory Day, OVD-Info, an independent monitoring group, said.

Similar fly-pasts were held in other Russian cities, but some had to be cancelled because of unfavourable weather conditions.

Fireworks will be let off across Russia once darkness falls, the Defence Ministry has said. 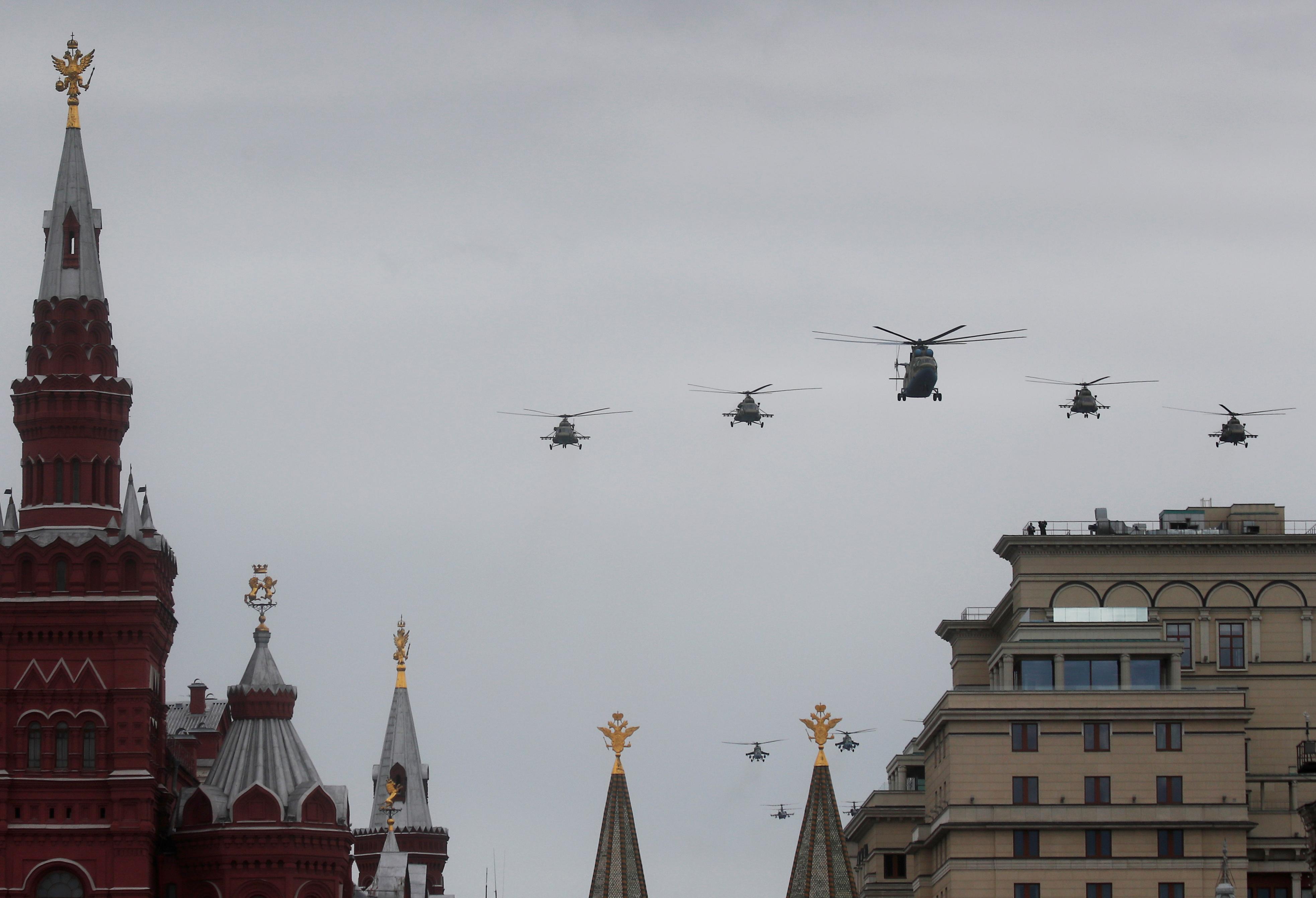 Public processions commemorating Soviet participants in the war that are normally held on May 9 took place online, with people uploading pictures of family members and telling their war stories.

On the eve of the anniversary, Putin sent congratulatory letters to many former Soviet republics, as well as to the leaders of Britain, the United States and France, suggesting the need to rekindle their nations’ cooperation during World War Two to solve today’s problems.

Putin has accused Russia’s detractors of diminishing the Soviet war effort, and on Friday he warned post-Soviet leaders against what he said were attempts to rewrite the history of World War Two.