Vladimir Putin delivered a speech today following the annexation of four Russian-occupied Ukrainian territories. He decried the west and set up his administration as anti-imperialist after claiming the territories voted to join the country in a series of referendums deemed a “sham”. The President likely planned his speech as a show of strength, but it has forced him into a corner, experts believe.

He pledged to defend the annexed land with “all the powers and means at our disposal”.

Putin also accused the west of sabotaging the Nord Stream pipeline, which is currently punctured with four holes of unknown origin.

David Lewis, a Professor of international relations at the University of Exeter, analysed the speech. 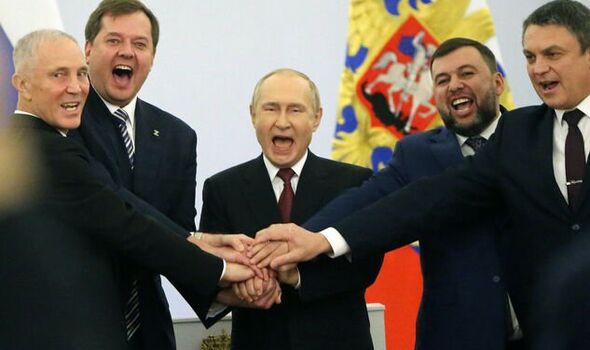 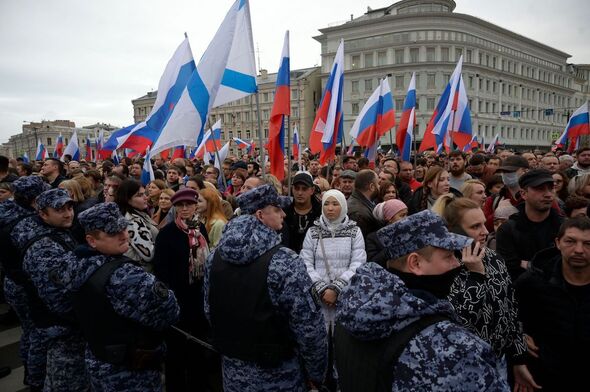 He concluded that the move to annex Ukraine alongside his extra-inflammatory rhetoric raised the stakes in different ways.

“By attempting to annex Ukrainian territory, Putin has closed off any exit route for him from the war and bet his own political survival on a military victory.

“The speech marks a new level of anti-Western rhetoric from Putin.” 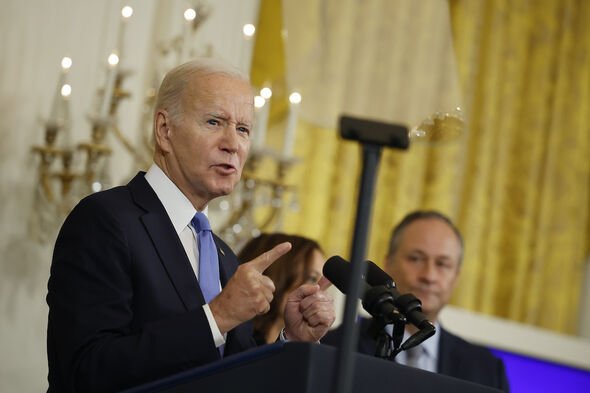 “Putin clearly believes that this is now not only a war about Ukraine but an existential struggle between Russia and the West on a much larger scale.

“These steps raise the risk of escalation between Russia and the West.

“International pressure on Russia will increase and Ukraine’s military campaign will only intensify.

“Russia’s military control over the territories where it has held fraudulent referendums will remain precarious – even with mass mobilisation.” 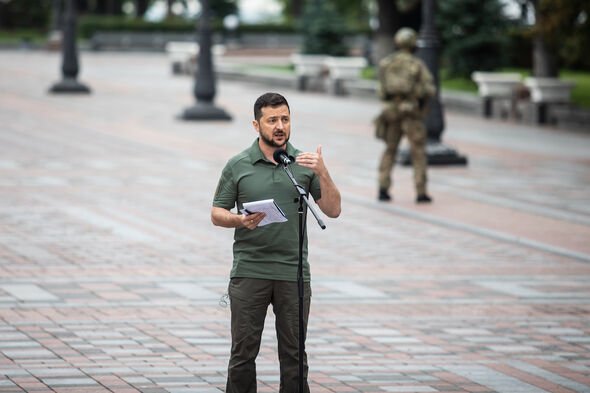 “A successful Ukrainian counteroffensive in the next few weeks would be humiliating for Russia and would narrow Putin’s options even further and risk further escalation by Moscow.”

The speech from Putin elicited hard-line responses from Kyiv and the west.

US President Joe Biden hit back in a fiery speech in which he declared his administration is “fully prepared with our NATO allies to defend every single inch of NATO territory”.

He added: “America and its allies are not going, let me emphasise this, are not going to be intimidated by Putin and his reckless words and threats,” Biden said.”

“He’s not going to scare us, and he doesn’t intimidate us. Putin’s actions are a sign he’s struggling.”

As he formally submitted the application, Mr Zelensky said: “We see who threatens us. Who is ready to kill and maim.

“Who in order to expand their zone of control does not stop at any savagery.”